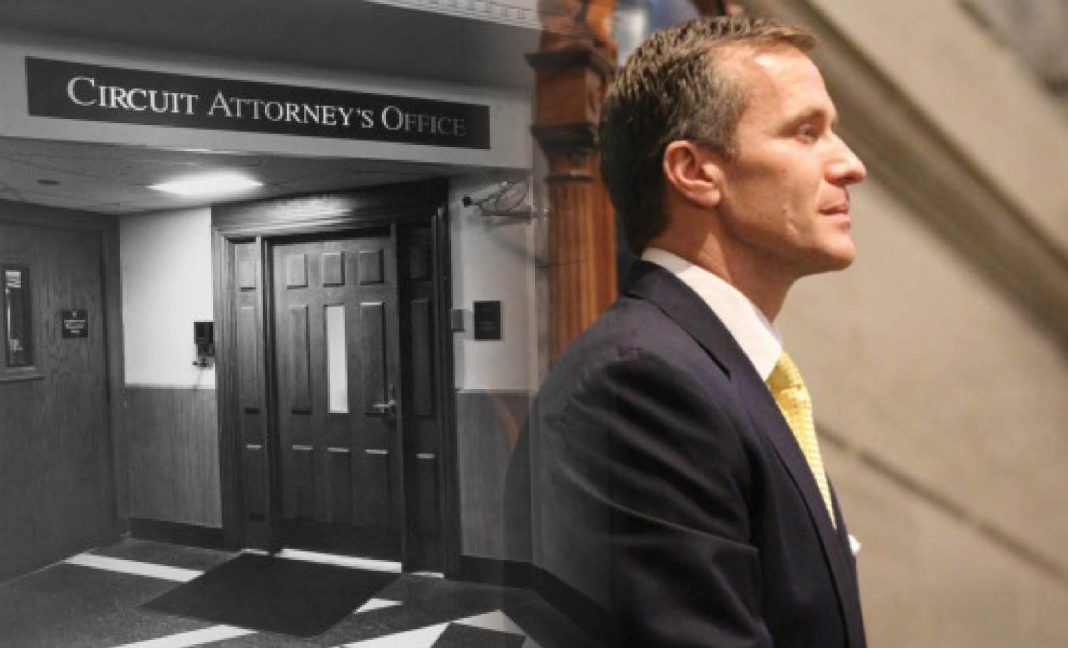 JEFFERSON CITY, Mo. – The investigation by the Attorney General’s Office into the usage of the text-deleting Confide app by Governor Eric Greitens and his staff has been completed, and the findings seem to vindicate the embattled Republican governor.

The Attorney General’s Office launched an inquiry into Greitens’ office in 2017 after a Kansas City Star report broke the news that the Governor and some staff members had Confide accounts.

Of those eight individuals, seven said they had not downloaded the app on their state-issued phones.

The one with the app on his state-issued phone said he only sent Confide messages from his state phone to his personal phone so as to understand how the app worked.

Three said they had never used the Confide app to discuss matters relating to their employment, but rather for private conversations.

The other five stated that they had used Confide to discuss matters regarding their government employment, saying the nature of their usage of the app consisted of logistics and scheduling of meetings or phone calls.

The attorney general’s office concluded that state law doesn’t require those types of messages to be retained.

Four of the individuals also told investigators that they had started using the app prior to their employment in the Governor’s Office.

“After the use of Confide by GO staff was first publicized, the GO’s in-house legal team requested that the Office of Administration search all GO-issued phones to determine whether Confide was installed on the devices. That search did not identify any State-issued phones having Confide,” the report reads. “The GO’s in-house legal team did not discover until later that one GO staffer had, in fact, downloaded Confide to his State phone but deleted the app before OA ran its search.”

The report also noted that certain members of the staff also used another encryption app, which was done at the recommendation of the Department of Public Safety.

“In a meeting with AGO staff, the Director of Public Safety, Drew Juden, reiterated this account and explained that he had instructed certain GO staff to use this app to communicate in circumstances that Director Juden judged to present particularly acute risks of cybersecurity threats,” the report reads.

That all being said, the report concludes that “Based on the records and materials available, the AGO has not identified any basis for concluding that the GO has violated Missouri law through the use of Confide by GO personnel.”

“This thorough report recognizes that we have gone above and beyond what the law requires in the interest of transparency,” Parker Briden, the Governor’s press secretary, said. “We look forward to working with the legislature to modernize the state records retention and Sunshine law to bring further clarity to these issues.”

Visit The Missouri Times to read the full report.

4,200 thoughts on “AG report says Greitens’ office didn’t break any laws with use of Confide app”