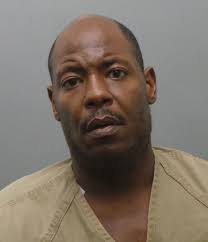 The man accused of shooting two Bellefontaine Neighbors police officers last month has an attorney as of Wednesday, according to St. Louis County records.

Jason Cook, 37, was charged with four felonies, including first-degree assault, a day after ducking into his home and shooting the two officers at 7:15 a.m. on Dec. 14. He then held police at bay for more than seven hours before he was finally taken into custody, police said.

Cook was set to appear before Hon. Robert M. Heggie on Wednesday before his newly hired attorney, Donnell Smith, a lawyer with Smith & Associates LLC, asked for a continuance. Smith visited with Cook around noon, according to St. Louis County records.

The accused gunman was shot once in the chest at some point that same day and was taken to a hospital after his arrest. He was alert and talking the following day but has since been housed in the infirmary.

Investigators believe that Cook was firing into houses in his neighborhood one day before the police shooting. Bellefontaine police on the scene that night suspected that Cook had been the shooter, according to St. Louis County police.

The next day, a neighbor called police again and told them Cook had left a house in the 10100 block of Bellefontaine Road.

Cook was walking around the neighborhood when two Bellefontaine officers — 44-year-old Sergeant Bryan Spieler and 25-year-old Officer Katherine Weiss — stopped him near the intersection of Crete Drive, police said.

The officers struggled with Cook before he pulled away and shot them both. The officers were shot in the chest but escaped serious injury because they were wearing bulletpoof vests, police said.

One of the officers returned fire before Cook spent the next several hours inside his the brick ranch-style house. St. Louis County tactical operations unit officers surrounded the house and tried to speak to Cook through a loudspeaker. His only response was to open the back door around 11 a.m. and shoot his gun, police said.

An officer fired back at Cook, which may have been when he was hit, police said.

Two handguns were eventually recovered from the house. The officers were checked out at a hospital and released hours after they were shot.