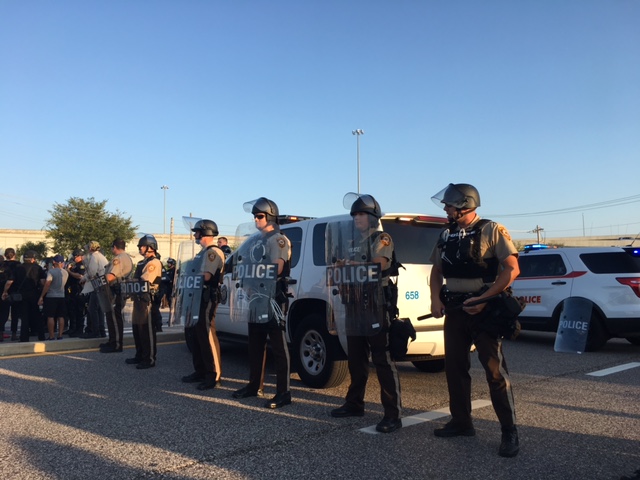 A bill that would move officer-involved shooting investigations out of the St. Louis Metro Police Department by creating an independent investigative unit in the Circuit Attorney’s Office did not get a vote from the Board of Aldermen’s public safety committee Wednesday, delaying its passage for now.

With just two full board meetings left in the current legislative period, Board Bill 234 will not be passed out of committee in enough time for it to be read twice and passed by the Board of Aldermen before the session ends in April.

St. Louis Circuit Attorney Kim Gardner proposed the bill in October and asked the committee Wednesday to approve the measure, which would allow her office to hire five investigators, four prosecutors and two support staff to provide unbiased investigations and focus strictly on police-involved shootings.

The bill would authorize the Circuit Attorney’s Office to assume responsibility for investigating possible criminal conduct arising from or in relation to covered officers’ involvement in use of force incidents resulting in death or grave bodily injury to a person.

That is different from the current system of having parallel investigations by the police department and the circuit attorney.

Testifying before the committee, Gardner added that the bill would create transparency.

“It’s important in terms of accountability and transparency,” she said. “This bill implements that parallel investigation and makes sure that we come to the table — the St. Louis Police Department and the St. Louis Circuit Attorney’s Office — to address these cases.”

Gardner said the implementation of a unit focused solely on police shootings could also speed up the legal processes, which currently take, on average, about three to four months with each case.

The proposal, introduced and argued for by Alderman Brandon Bosley, had 12 other co-sponsors — Pam Boyd, Samuel Moore, Marlene Davis, Frank Williamson, Jeffrey Boyd, Terry Kennedy, Lisa Middlebrook, John Collins Muhammad, Tammika Hubbard, President Lewis Reed, Cara Spencer and Dan Guenther — but the committee raised concerns about the bill surrounding its cost and sustainability.
The budget for the independent unit would equal 1 percent of the annual police budget, about $1.3 million a year to pay for investigators and attorneys, with the remainder not used being put back into the police budget at the end of the year.
An attorney for the St. Louis Police Officers Association, Brian Millikan, said the circuit attorney’s office, which ultimately decides whether or not to charge officers with a crime, should not be the one investigating cases as well. He proposed that distinction should be left to the Major Case Squad.

Following the meeting, Gardner said she would continue to push for the bill’s passage in the future.

“I think we have the support for it but I can’t determine what other board members think,” Gardner said. “We have to continue discussing what our options would be going forward.”