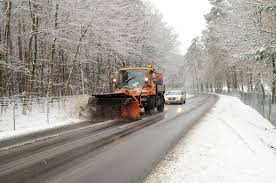 ST. LOUIS, Mo. – The City of St. Louis Board of Aldermen President Lewis Reed submitted a letter of request to Mayor Lyda Krewson on Wednesday.

The letter offers the assistance and support of finding any additional City-owned facilities that may be available to serve as warming centers during this time of severe cold.

Reed said that as president of Board of Aldermen, Department of Human Services and the use of City facilities are not under his direct “purview.” Based on the information that Reed has been given, there is not a 24-hour, walk-in shelter service provided by the city on a regular basis.

“I have received numerous calls and communications from concerned citizens about sheltering our unhoused residents during this bitter cold spell,” Reed said. “I share in their concern. I am sure you do as well.”

In addition to Reed’s request in offering assistance and support, he also requested that the City of St. Louis re-evaluate all of its winter outreach programs. This includes the temperature standards for entering into the winter outreach mode, especially the Biddle House’s hours of operation.

“I am willing to help move funding to coordinate a warming center or to help with utility bills and supplies for the many pop-up shelters that have been mobilized throughout the City,” Reed said. “I am writing this letter to you to let you know I support using any additional City-owned facilities that may be available as warming centers in times of severe cold.”

Reed noted that he is also sending a letter to St. Louis County Executive Steve Stenger in order to solicit resources from the county.