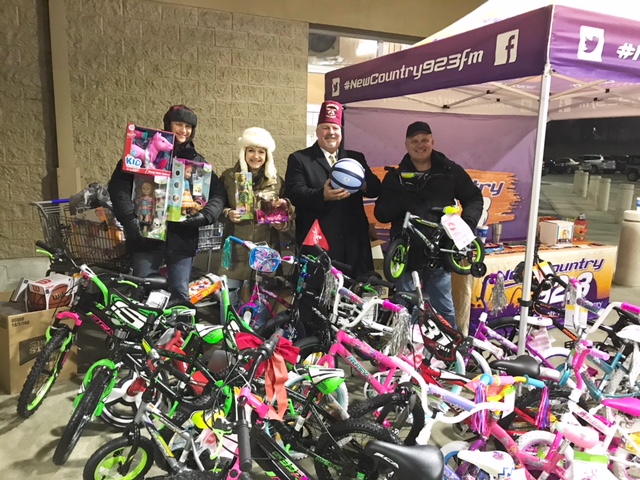 ST. LOUIS, Mo. – The New Country 92.3 Home Team announced on Monday that Bud and Broadway collected a record number of “Bikes, Balls and Barbies” 10,000 Toys for Girls and Boys!

Collecting more than 10,000 toys over the course of a 36-hour toy drive, Bud and Broadway and New Country 92.3 Home Team spent December 13th and 14th at seven Sam’s Club locations across the St. Louis metro area to gather up toys. The drive benefits the patients at Shriners Hospital for Children-St. Louis.

“Hubbard continues to be the platinum local standard. CMA award-winning Bud and Broadway, Kelly from Arnold and the entire Home Team worked tirelessly to make a difference in the lives of those who need it most this Christmas,” Scott Roddy, program director of Hubbard Broadcasting, Inc. said. “Thank you to our New Country 92.3 listeners across the bi-state for answering the call.”

This was the third consecutive year for the “Bikes, Balls and Barbies” 10,000 Toys for Girls and Boys! toy drive campaign. Joy and toys will be brought to the children at Shriners Hospital over Christmas.