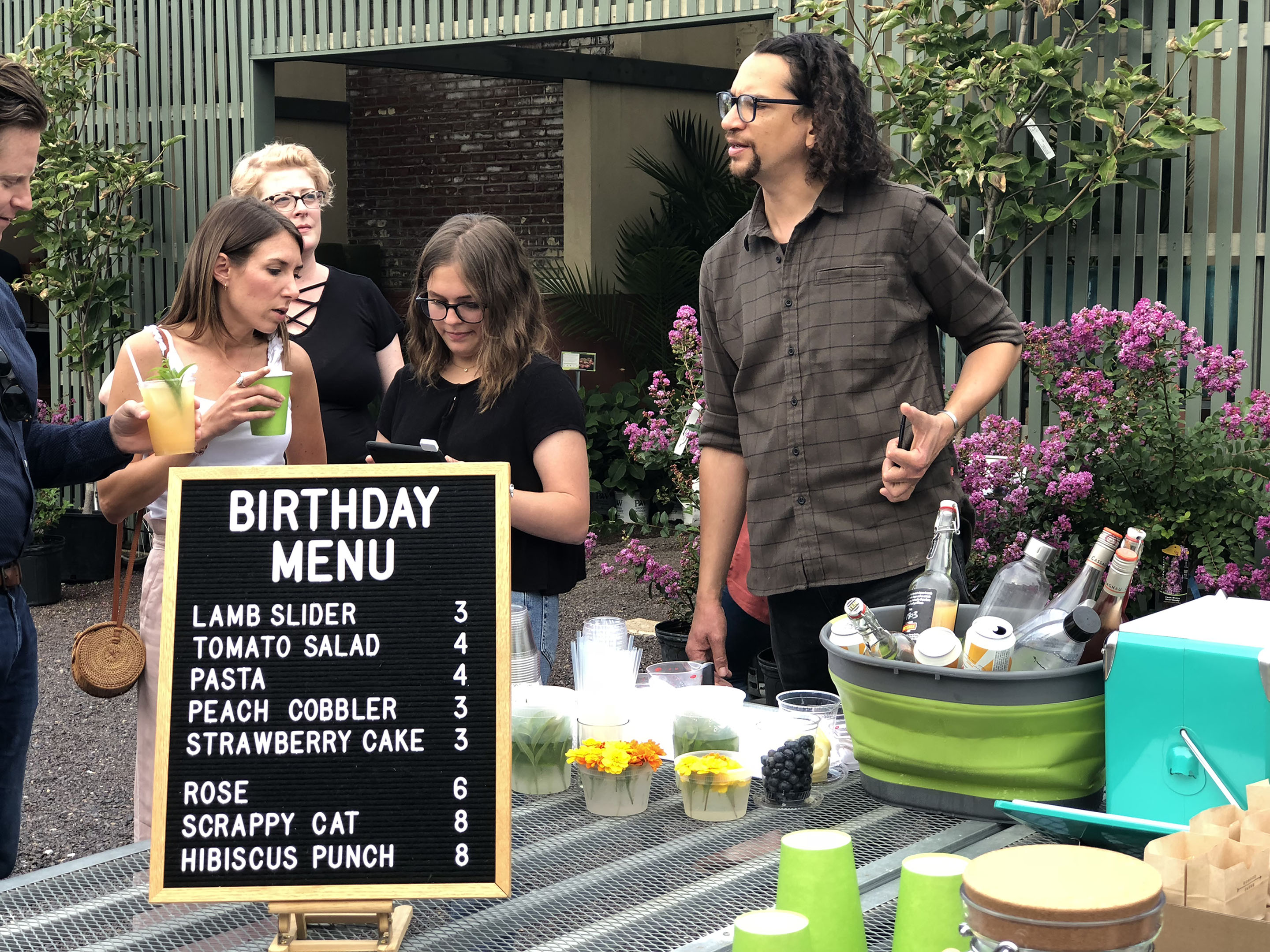 The event was hosted at Cafe Osage’s location, 4605 Olive St, St. Louis, MO 63108 with yard games and grilling in the courtyard while the community mixed and mingled with food and botanical themed cocktails that were available for purchase.

“You need to see Paul’s bar set up,” said Lizzy Rickard, one of the owners. The specialty made drinks were made from the herbs that are grown on top of the roof of the cafe’s building. 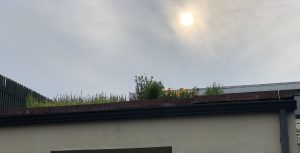 Cafe Osage first started as Bowood Farms in Clarksville, Missouri. The owners decided to make a switch from wholesale business to retail. “We found this boarded-up building and turned it into a plant shop in 2006,” said Lizzy.

They knew that they wanted to make a connection with plants and food and open a cafe. After rehabbing the building and doing new construction, the cafe part was established in August of 2008.

Not only is the cafe’s rooftop used to plant herbs for some of the meals and drinks, but produce is also grown across the street from the building. Cafe Osage’s chef, Scott Davis, works with the produce and herbs grown on the grounds, as well as outside vendors.

“This is not just a celebration of the past and being in business for 10 years now,” said Lizzy. “It’s also a celebration of new beginnings. Our chef, Scott, has been with us for a year. We’re also celebrating his work and his guidance.”

Cafe Osage is typically a daytime restaurant and shop, serving breakfast and lunch Monday through Friday, 7 a.m. to 2 p.m. and Saturday and Sunday, 8 a.m. to 2 p.m. Aside from food and plants, they also host different events, classes, and workshops.

The owners and chef both would like to begin using the outside space more. “It’s just a great space that can be utilized in so many different ways,” said Lizzy. Their first step is conducting a series of dinners with Scott Davis starting this fall.