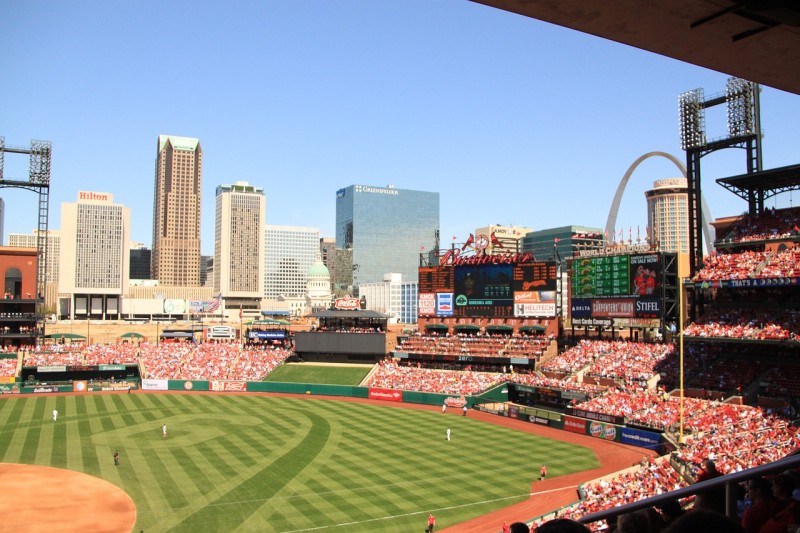 ST. LOUIS, Mo., August 30, 2017 – The St. Louis Cardinals have announced they will produce 13 Spanish language radio broadcasts for the team’s remaining home games this season as part of the club’s continuing effort to better reach the team’s rapidly growing Spanish-speaking fan base.

The club will produce the broadcasts in cooperation with KFNS 590 “The Fan” and La Ke Buena Spanish to provide game play-by-play from announcer Polo Ascencio and color commentary from former Cardinals Assistant Hitting Coach Bengie Molina.  Ten of the 13 Spanish radio broadcasts will air on KFNS 590 AM and 105.7 KPNT HD2 on September 8, 10-13, 25-28, 30 and October 1.

All 13 broadcasts will also be streamed via cardinals.com and the MLB.com At Bat mobile app.

“We are investing in producing these broadcasts because this is a growing segment of our fan base,” said Bill DeWitt III, President of the St. Louis Cardinals. “Not only will our Spanish speaking fans be able to enjoy the rest of our home games in Spanish, we are also investing in producing original Spanish language videos and other great content.”

In addition to producing the Spanish language radio broadcasts, the Cardinals have launched a new Spanish language landing page at cardinals.com/somosstl. The #SomosSTL website, which translates to “We Are STL”, compiles and aggregates all of the Cardinals’ Spanish broadcast, video and social initiatives in one location for fans to easily access.  To help celebrate Hispanic Heritage month, the team is offering tickets starting at $8 for the Friday September 29th game against the Milwaukee Brewers if fans purchase the tickets via the new landing page (cardinals.com/somosstl).

“We are proud to partner with the St. Louis Cardinals and the Garcia family to air these upcoming Spanish language radio broadcasts,” said John Hadley, General Manager of KFNS.   “This will be the first Cardinals Spanish broadcast to be broadcast over the air on a radio signal (versus streamed) in St. Louis and we couldn’t be more excited to bring the game into the homes of the team’s Hispanic & Latino fans during Hispanic Heritage Month.”

“We are excited to be working with the Cardinals with our new partnership with KFNS to air the Spanish broadcasts,” said Brenda Garcia, La Ke Buena.

Within the last year, the Cardinals have launched a Spanish language Twitter account (@cardenales) and Facebook account (facebook.com/stlcardenales) to provide Hispanic and Latino fans with social content in their native language.  The accounts have amassed over 8,500 followers, allowing users to see real time updates about the Cardinals and unique Spanish language content designed to take fans behinds the scenes with the team.

Fans can visit cardinals.com/somosstl for more information and join the conversation using #SomosSTL.