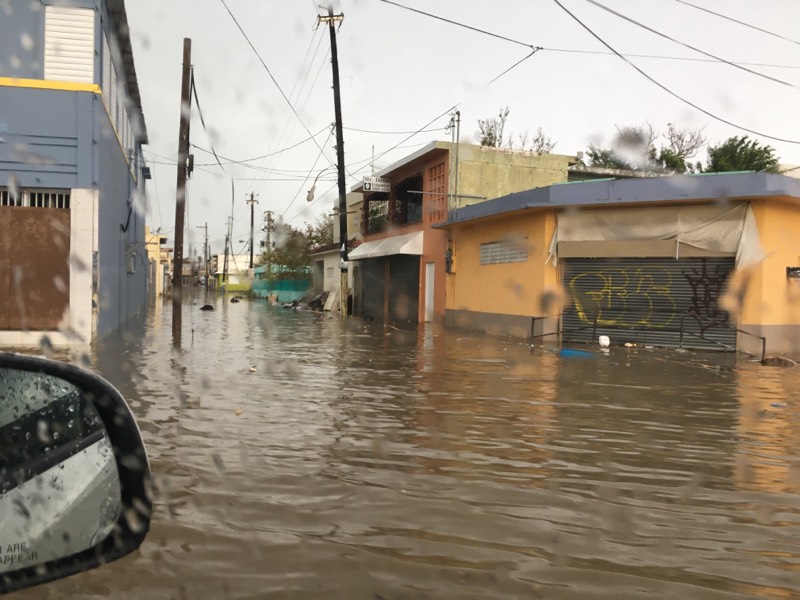 Weeks have passed since Hurricane Maria first made landfall in Puerto Rico, but the destruction left in its wake and the daily struggle for basic needs were on full display once Jeff Counts arrived there in September.

“I wanted to do whatever I could to help these people,” said Counts, a Battalion Chief with the Clayton Fire Department.

Counts is also part of the Federal Disaster Relief Team, a group of volunteer first-responders that traveled to the island Sept. 19 to aid recovery efforts there.

The team Counts is part of — the Midwest One Disaster Medical Assist Team — consists of doctors, paramedics, Emergency Medical Technicians, registered nurses, surgeons and other medical personnel from Missouri, Iowa and Nebraska to screen and treat patients in a post-disaster environment.

The team arrived the first day at the San Juan airport. Later that evening, at a powerless headquarters, Counts and the others learned their primary objective would be at a hospital in Arecibo, about an hour and a half drive from San Juan.

The goal, he said was to help decompress the emergency room there and to reach the hardest hit rural communities with food, water and supplies.

“After a disaster you expect you’re going to find a larger number of patients than what is normally seen and that’s going to overwhelm the staff. We were there to help alleviate that,” Counts said.

Electricity outages were and continue to be one of the main issues Puerto Rico struggled with in its recovery efforts. The hospital in Arecibo was no different, and even on an emergency power generator it wasn’t robust enough to handle the entire needs of the hospital.

Counts’ crew set up two tents outside and established a 26-bed mobile support hospital with trauma and chronic care capabilities where they took several patients who could do without air conditioning off the hospital floors to help them heal.

Counts and his team ventured out further as the days went on, sending out three strike teams of six people to various locations within Arecibo, and also to the mountainous and rural areas around the town, to churches, shelters and schools in need.

“Any place there was a mass gathering to provide medical care, we were there to help out and assist in anyway,” Counts said.

Counts said his team also assisted in clearing roadways littered with trees and other debris, cleared out homes in rural areas hit hardest and even helped restore power in some areas before returning to Clayton on Oct. 3.

“Things were starting to turn by the time we left and the hospitals actually got back onto main power prior to us leaving,” Counts said. “Within about a week of us being there you could see the town starting to light back up.”

This is not the first time Counts has been deployed with Midwest One. He aided during Hurricane Katrina in 2005, traveled to Hayti to help out with earthquake disaster relief and again in 2011 when a catastrophic EF5-rated multiple-vortex tornado struck Joplin, Missouri.

While those aid missions are never glamorous or done for own personal gain, Counts said each one has been a rewarding experience.

“Like a lot of experiences I’ve had, it just helps to put things into perspective for what you have,” Counts said. “Sometimes you take those things for granted.”