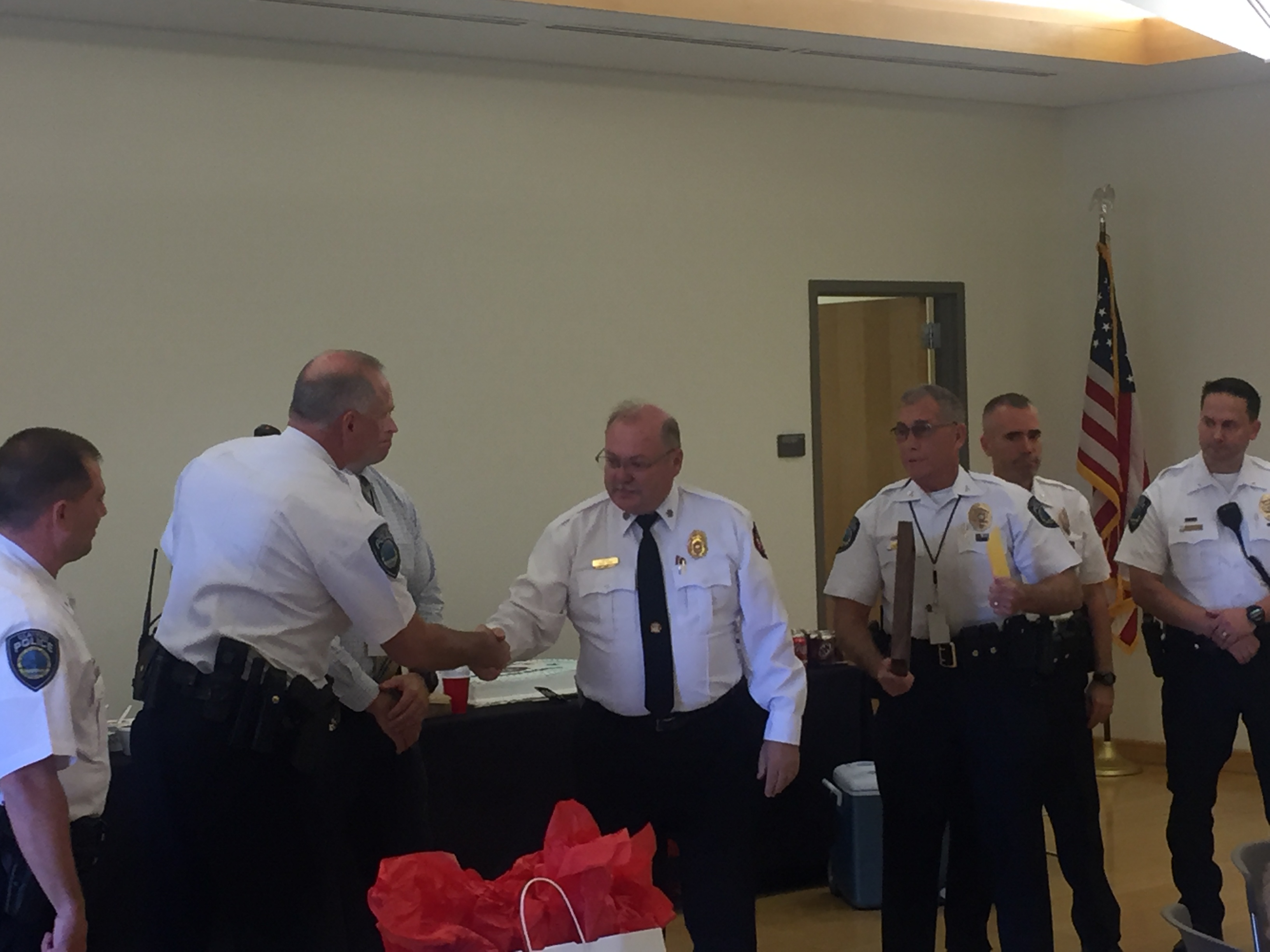 Many children say they want to be a firefighter or police officer when they grow up.

A childhood dream that became his career ended on the same day it started 35 years ago for Mark Thorp.

After more than three decades of fighting fires, answering emergency calls and inspecting buildings, Thorp, who first had a dream to work as a police officer, hung up his turnout gear and white helmet for the final time Wednesday.

“It’s a dream that came true,” said Thorp, the Clayton Fire Department’s chief for the last 16 years. ”It’s been a great career and something I’ve always enjoyed doing.”

On Oct. 25, 1982, then-fire chief Joseph Morgan hired Thorp into the department he would never leave.

“It was pretty old, it was kind of a classic though,” Thorp said of the firehouse. “Never in my wildest dreams did I envision I’d be the chief at the same house 35 years later.”

Chief Thorp’s career began 40 years ago as a paramedic prior to him becoming a registered nurse.

During Thorp’s tenure with the City of Clayton, he has been instrumental in spearheading many projects, including oversight of the new fire station, expansion of emergency medical equipment and personnel on fire apparatus, community and City AED programs, as well as special teams’ development.

He also served as the Unified Commander for Presidential and Vice Presidential debates as well as the civil unrest in Ferguson in 2014.

“This man has no doubt been a great leader and asset for our community,” Clayton Mayor Harold Sanger said.

As a fire officer, Thorp’s chief concern was always for the safety of the firefighters serving with him.

“I always thought of the safety of the firefighters if there happens to be a search for victims in a structure,” he said. “The thought always is there, ‘Do I have enough manpower?’ and ‘Are they going to be safe?’”

Today’s equipment adds to firefighter safety, Thorp said. No longer are the firefighters riding the tail-board and hanging on as a fire truck heads to a call.

Today’s firefighters have the opportunity for schooling and training, which is something he encouraged the firefighters to take and then relay to the department, Thorp said.

The list of people to thank is long, including his family, the city and city hall workers, with special thanks to the police department and emergency medical services, the surrounding area fire departments and his fellow firefighters.

The feeling was mutual for Clayton assistant fire chief Paul Mercurio, who was brought in by Thorp nine years ago.

“Him giving me an opportunity was one of the greatest blessings I’ve had in my life,”said Mercurio, who added the department has not yet filled Thorp’s position.

Thorp served on many commissions and committees and has received numerous recognitions including six life-saving awards, a bronze medal for bravery and commendations from the federal, state and county level.

Thorp said his work won’t end. Though he’s not sure what his next endeavor entails, he will be sure to enjoy the next several months with his family who has supported him for the last 35 years.