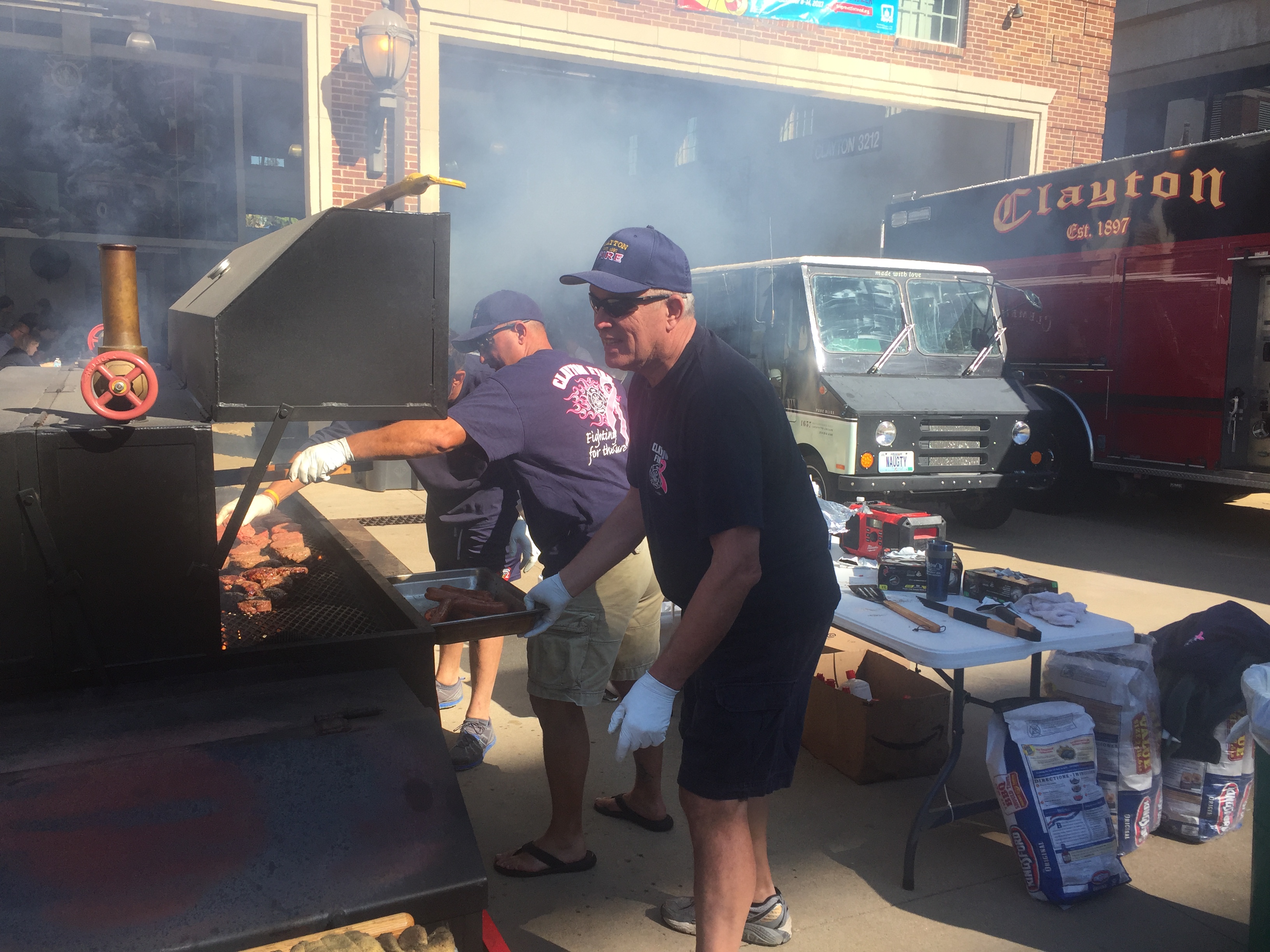 About 30 of Clayton’s finest first responders sported pink shirts and spent their off-duty time in support of the fight against breast cancer and its survivors Wednesday afternoon.

During the 8th Annual Breast Cancer Awareness Barbecue at the Clayton Fire Department on 10 N Bemiston Avenue, firefighter’s hosted about 600 people who lined the sidewalk to get a glimpse of life at the station, grab a bite to eat and raise awareness about breast cancer. 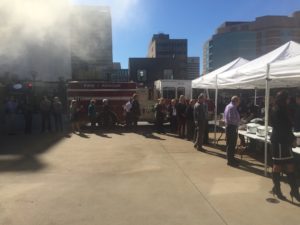 “We do this because breast cancer has affected some members of the department and their families,” Clayton firefighter and grill master Bryan Brielmaier said. “For the last 10 years the fire service in general has gotten behind breast cancer awareness and we thought we have the capability in Clayton to put together a good fundraiser and raise some money.”

The money raised this year during Breast Cancer Awareness Month will be donated to the David C. Pratt Cancer Center.

In addition to hosting the barbecue, the firefighters sold pink T-shirts, with proceeds going to the cancer research center. The organization raised more than $30,000 from two events last year and expects to haul in at least $6,000 from this event alone.

Brielmaier said as many as four different fire companies from all over St. Louis County, including Olivette, University City, Richmond Heights and Brentwood, showed up to support the cause and get lunch, which included hamburgers, chicken legs, pulled pork, veggie burgers and hot dogs. 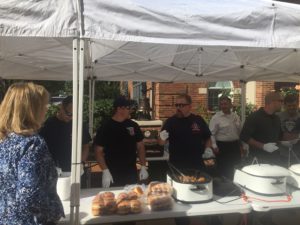 “For as long as I’ve been here a good bunch of firehouses from all over show up to support what we’re doing,” Brielmaier said. “It’s fun to interact with those guys and know that they’re just as passionate about supporting the fight as we are.”

Clayton Mayor Harold Sanger took time out of his busy schedule to help raise awareness as he’s done just about every year.

“This is a two-fold deal of bringing the community together and doing it for a good cause,” Sanger said. “This room is full, this line continues down the street and that’s what it’s all about. Raising awareness and supporting a good cause — that’s what we’re all about here in Clayton.”

Assistant Fire Chief Paul Mercurio, said while about 11 firefighters are on duty during the barbecue and can be called to the scene of a fire at any time, crews manage the events by calling in off-duty firefighters to handle the cooking, who are all up for it in the name of a good cause.

“This event is really a center point of how the community participates in our charity events,” Mercurio said. “Any time I go out in the public everybody asks when we’re having the barbecue again, and it’s made possible by the guys who show up, put on their pink shirts and raise awareness.”