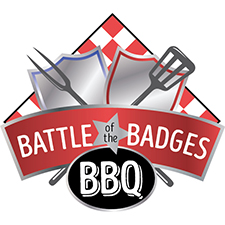 May 5 will mark the beginning of a long running competition that pits Clayton’s finest, against Clayton’s other finest.

The city’s firefighters will take on the police in the annual Battle of the Badges BBQ, an event to benefit some of the area’s bravest first responders who have put their lives on the line.

In addition to the Clayton public safety departments, several area fire and police departments will be going head-to-head competing for the trophy and a year’s bragging rights on who grills the best ribs, pork butt and chicken.

The event is scheduled to go until 9 p.m. and will include entertainment provided by Leland’s Road. A cash bar will also be available.

For more information and to pre-order tickets, visit: http://battleofthebadgesbbq.ezregister.com

2,005 thoughts on “Clayton fire, police departments to compete in Battle of the Badges BBQ benefitting Backstoppers and Responder Rescue”