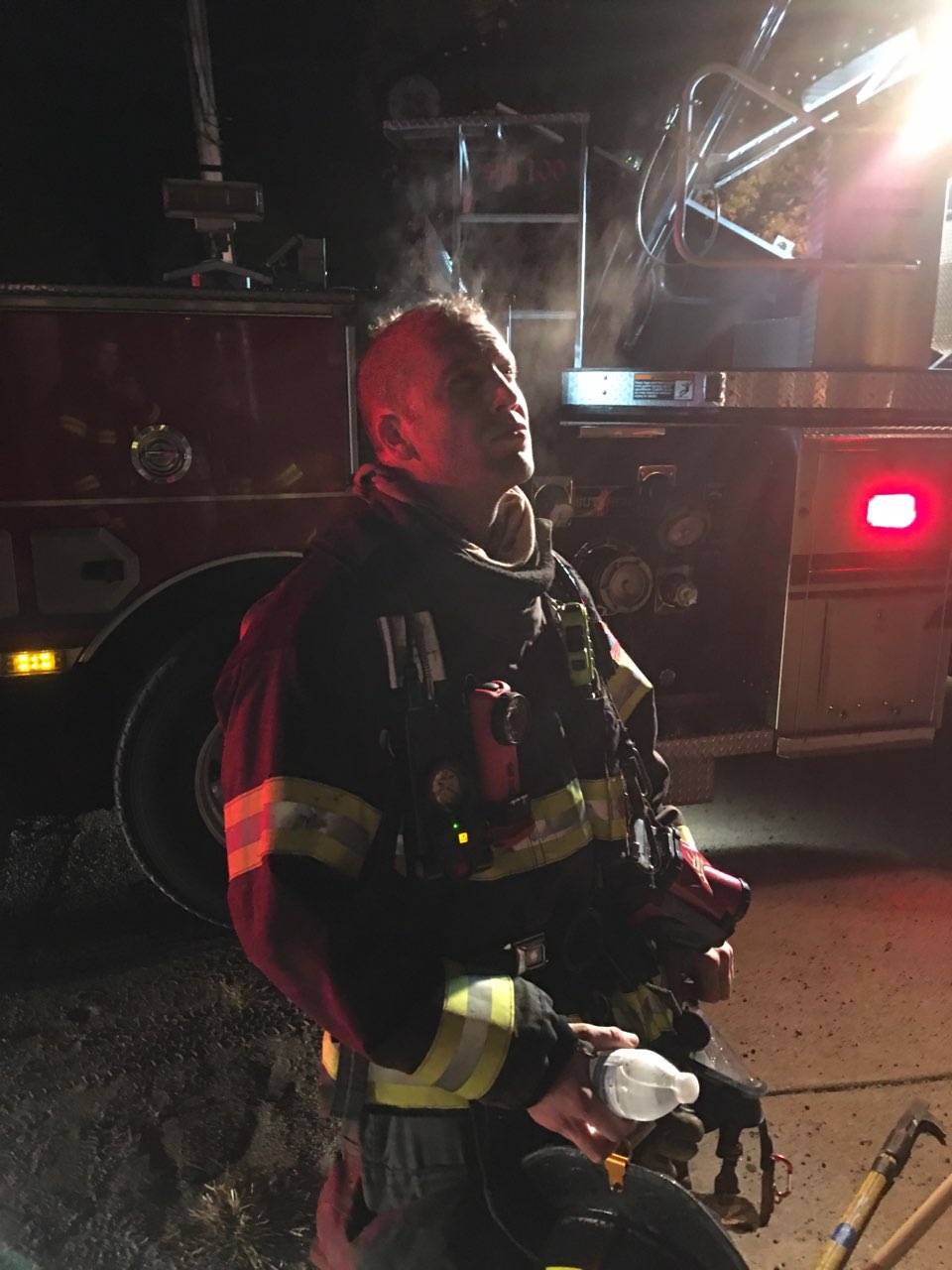 Three members of the Clayton Fire Department were recognized for their heroic actions that resulted in the rescue of a man trapped in a structure fire last November.

After responding to a call late one night in the middle of November 2016, Brielmeaier, Dedert and Nenninger arrived to the scene of a church fire at 7823 Racine in Hanley Hills. 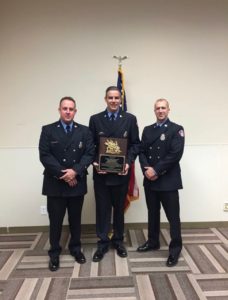 The front office building of the church was on fire with flames coming out of the windows. The community fire department already on scene had pulled the line and were fighting the fire when Brielmeaier, Dedert and Nenninger arrived and were assigned to go around back and do a primary search of the church.

“We go in there and there was nothing but smoke, thick smoke,” Nenninger said. “I could hardly see my partner in front of me.”

The crew cleared the bottom floor and made it up to the second floor where they found a man laying at the top of the stairwell.

“There was no reports of anybody in there until we found him,” Nenninger said. “He wasn’t unconscious but he was like a zombie. He had breathed in so much smoke and had black soot around his nose and mouth. We looked at him, kind of shook him to get a response and there was nothing. We tried it again and he let out a big yell and it shocked us.”

The crew ended up picking him up and carrying him out to an ambulance on scene, which took him to the nearest hospital.

The man spent the next three days on a respirator in the ICU, Nenninger said. 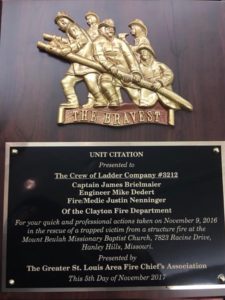 The rescue was a first for Nenninger and Dedert, both of whom said they were just doing their jobs.

“For a lot of fires we’ll do primary search to make sure nobody’s in there or down there, but that’s the first time we’ve actually found one,” Dedert said.

Added Nenninger, “It was a pretty great feeling. You’re not out to get the rewards but it is nice to be recognized.”