Clayton PD prepared, should protests come to the city 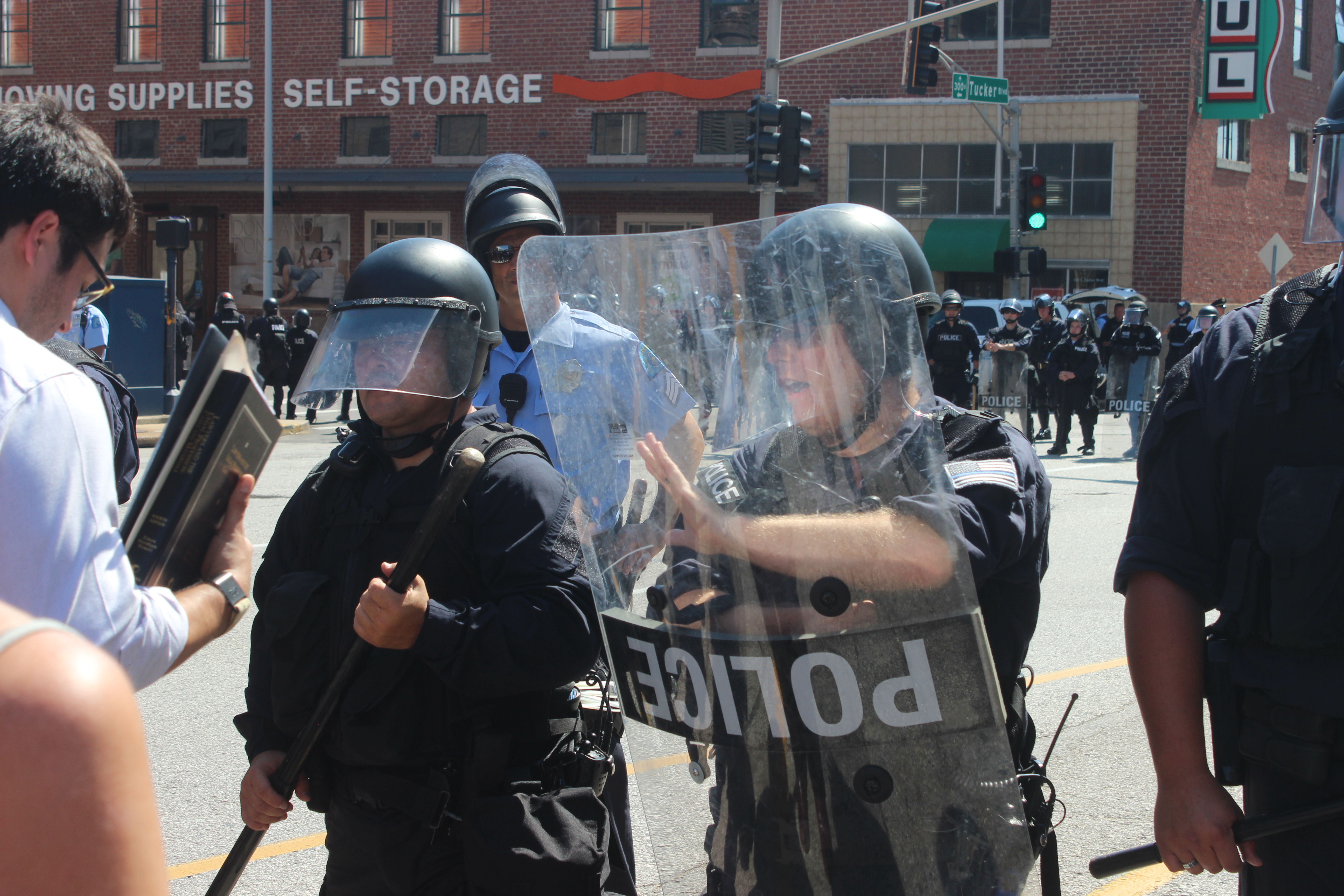 A majority of the protests regarding the acquittal of former St. Louis police officer Jason Stockley has been peaceful but after Saturday’s destruction of property in University City the Clayton Police Department is preparing for anything.

Criminals have caused serious property damage in the downtown area. This destruction will not be tolerated. #stlverdict pic.twitter.com/qNl2VwTVmp

Chief Kevin Murphy of the Clayton Police Department, said they’re prepared for any demonstration and will support the environment for peaceful protesting.

“We do take a posture that peaceful protesting is something that is covered as a constitutional right. We want to support the environment for demonstrations that are safe for everybody, the demonstrators, the city and its residents and businesses,” Murphy said. “We try to keep the lines of communication open with our residents and businesses and we don’t see it as necessarily mutually exclusive clubs but if the demonstrations are to become unsafe, violent, that’s a different matter.”

Murphy added that Clayton’s police officers have shown that they can effectively handle demonstrations.

“I think we have a history of already demonstrating that we’ve handled over 100 demonstrations since the Fall of 2014 in the aftermath of the Ferguson shooting,” Murphy said. “There is a quite bit of planning that goes into this and there is also a cooperative effort with our law enforcement partners both locally and regionally.”

During the protests in Clayton, around 400 marchers started protesting in front of St. Louis County Prosecuting Attorney Robert McCulloch’s office then blocked traffic near the intersection of Central and Carondelet avenues.

Thus far, more than 160 people have been arrested following the Stockley verdict.

Sgt. Shawn McGuire of the St. Louis County Police Department, said the county’s officers will assist smaller police departments if the need is there.

“Whenever you see officers down in the city, we’re there for a support role inside the city limits for whenever they ask us for our assistance,” McGuire said. “When it comes around the county like you saw in University City, that was University City Police Department with a few other municipalities that were running that part of the operation.” 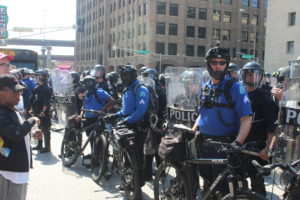 McGuire said after the demonstration started to get destructive with protesters breaking the glass on businesses, the local area police departments requested that the St. Louis County Police Department step in to help make arrests.

“If they think things are going to get unruly or bricks are going to be thrown at police, rocks are being thrown at the police that’s usually when those departments are going to request us because we have the special equipment to disperse people.”

Murphy added to McGuire’s statement that it was challenging for any department to be completely prepared because officers cannot read the minds of everyone that’s marching and what their intentions are, whether peaceful or destructive.

“We try to plan to plan for eventualities and contingencies in place,” he said. “We’ve been very fortunate and I believe our people are well-prepared but you can you have problems breakout anywhere, that’s what the planning is all about.”

5,307 thoughts on “Clayton PD prepared, should protests come to the city”