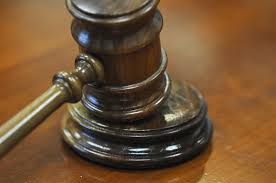 A Clayton real estate developer has plead guilty to assisting in an unlawful insider loan scheme at the now defunct Excel Bank.

Litz is the third person to plead guilty in a criminal investigation of Excel Bank, which failed in 2012. Former Excel loan officer Tim Murphy pleaded guilty last week to one count of bank fraud and will be sentenced April 24.

Shaun Hayes, who was once the executive of the bank, plead guilty to a count of bank fraud and one count of misapplication of funds, both felonies. He is scheduled for sentencing on April 13.

Litz was a principal in Bellington Realty and Eighteen Investments, which managed some 1,000 commercial and rental properties in Missouri.

According to the U.S. Attorney’s Office for the Eastern District of Missouri, Litz admitted to recruiting a straw party to sign on to a $3 million loan at Excel Bank to assist Litz’s businesses, while assuring the party he would not be held liable. Proceeds from the loan were used to pay off Litz’ and Hayes’ debts, records indicated.

“Michael Litz used his connections to banker Shaun Hayes to commit fraud. The two men worked together to enrich themselves at the expense of Excel Bank,” Special Agent in Charge Richard Quinn of the FBI St. Louis Division said in a statement. “This type of self-dealing and fraud violates the integrity of our banking system and undermines consumer confidence.”