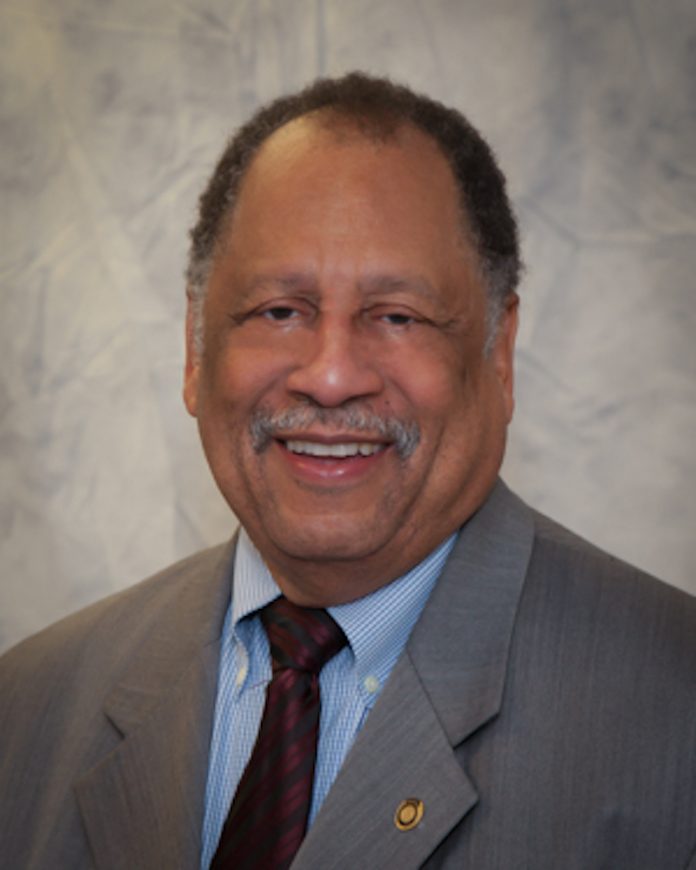 We had the chance to sit with Rep. Joe Adams, D-University City, to discuss the current political climate not only in the state of Missouri but also on the national level.

Adams has been involved in state politics for nearly 30 years and won his current position in 2014 in which he represents the 86th District, which includes all parts of Pagedale, Hanley Hills, Vinita Park, Vinita Terrace, University City and Wellston. He also sits on three committees in the house, higher education, elections, and local government.

Currently, Adams is in the race for the Senate District 14 seat is looking to take over when the recently censured Sen. Maria Chappelle-Nadal will be term-limited. In an interview with The Missouri Times, Adams stated that he wants to run for the open seat because he believes in government and service.

Clayton Times: How did you get your start in politics?

Adams: My real story started when I was a college student. I got involved in campus politics with my history professors (who) were quite active politically and got their students active. I didn’t know that (politics) would be eventually everything for me. I then moved to University City, bought my first house, and I lived in a neighborhood that had a neighborhood association and they were very active and I got involved (and) got selected to be one of the leaders of the neighborhood.

The issues that the neighborhood wanted and felt that I could help get those issues (resolved) and I said, ‘Hey, I could do that.’ It was nothing that was planned in that sense but the position came as they came. I enjoyed it, I enjoy helping and supporting people achieve things that they want and need for their neighborhood, for their community. It’s service, that’s what I see myself as — a servant.

Clayton Times: What are the main differences between Missouri’s House of Representatives and the Missouri Senate? How are they similar?

Adams: They’re similar in that they’re both in Jefferson City inside the building. The Senate tends to be a more collegial affair. But the House is very quick paced where the Senate is more deliberate, you think about what you’re doing and the long range consequences, which I do not see happening in the House. I like that idea of being able to strategize and figure out what are the affects of these things? Sometimes the Senate does miss that too and I guess we had a sample of that this week with the Senate filibuster over the Ameren utility bill. I could see myself getting involved in that and trying to break it down in what will help the corporation, which is very important in Missouri and in this region but also the consumers of their product to make sure they aren’t being gouged. 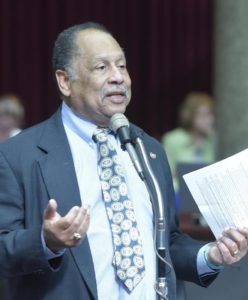 Clayton Times: What are some big issues from your constituents that you would like to raise if you get elected in the Missouri Senate?

Adams: The big issue that I really like that I’ve been carrying for the past two years is healthcare for all. It is a serious problem when you consider that the St. Louis and actually south of St. Louis, the Bootheel, which has the highest infant and maternal death rates in the nation and they are on par with some Third World countries. I can’t imagine why we are allowing that to happen. We tout that we’ve got the best healthcare system and everything else but if we do then it’s definitely failing the citizens of not only the St. Louis region but the people down in the Bootheel. It’s a crime and it should not be the case.

I would like to see some criminal justice changes. I believe our incarceration rates are just astronomical. If we’re going to keep doing that, we’re going to keep wasting money on building prisons. We’re putting people in prison for crimes that aren’t violent. I can understand and I accept that we have violent criminals and let’s put them away as long as necessary.

Clayton Times: What are your thoughts on Gov. Eric Greitens scandal? Should he resign?

Adams: It wouldn’t be so bad if he didn’t sound so hypocritical in the sense that he was saying that he was a family man and all these wonderful things. The other thing that concerns me, did he bondage the young lady? Did he take photos? That may be a crime. The problem as I see the governor having is he doesn’t really appear to have a lot of friends in Jefferson City. He ran as an outsider, he acts like an outsider and some of his natural supporters, Republicans, don’t really appear to like him. I was listening to the debate over this Ameren bill and they all of the sudden started bringing up things about the governor not being transparent when he ran, didn’t like the swamp down in Jefferson City and then he does all kinds of other things that looks like he’s adding to the swamp, according to Republicans.

I met him a few times, he seems to be a nice person but he’s got to learn how to work with the legislators and he hasn’t. I’m not happy with him always hiring outside of the state of Missouri, particularly contractors. I mean come on, most of them are probably Republican and he’s not hiring them, he’s hiring people from wherever. You got to help your state, you’re going to be spending citizens and corporations of Missouri’s tax dollars. Hey, spend some of it here to Missourians, let them have some of that because they can do these jobs. It blows my mind. I’m upset about it.

Clayton Times: On a national level, how would you rate President Donald Trump’s time in office?

Adams: I thought it was interesting that Donald for the first 12 months of his presidency was touting about how the stock market shows that people are in love with his presidency and everything else. I’m not sure what he’s saying about the market now. I have trouble understanding where the president is on issues and I know members of his own party are too because I hear them saying, ‘Well when the president let’s me know then I know how I’ll feel about this legislation.’

I hope that they deal with some of the real issues but how are they going to deal with them? He talked about how he really wanted to do infrastructure because he is a “builder” and I’m looking for that infrastructure. I know they’re getting ready to talk about that but after giving away a trillion-and-a-half dollars in tax cuts that might not really been necessary to keep the economy going. There will be no money for infrastructure so I’m trying to figure out how they’re going to do it.

I know they want to do public/private partnerships. I can understand the public part of it except if they’re like the state of Missouri, we don’t have any money. What money we might have had we were doing tax cuts or proposing tax cuts and so that’s going to be a problem. How are we going to generate the revenue to equal that private partnership?

Clayton Times: Finally, what are your thoughts on Trump’s idea for a military parade? Is it needed, and is it a smart way to spend taxpayer money?

Adams: Military parades are intriguing and interesting and are fun to watch military displays. I remember when I was in the military we would invite people to my base, I was in the Air Force and we would park airplanes there and people got to see the airplanes and got to see some people march, and some people parachute. That’s good and it’s good and patriotic and it does build a love of country I believe.

Outside of World War II, and I guess World War I, I don’t think they did it in Korea and I definitely know they didn’t do it in Vietnam — there were people, citizens who put together events for guys out of Iraq and Afghanistan but these were citizen driven not government driven. I’m not very supportive of Trump’s concept. I know they’ll figure out where to get the money they maybe will get private corporations to pay for it. If you have a M1 Abrams tank, it weights a bunch and they do not have rubber tires, those are treads, and those treads will tear up the best roads. Who will pay for the repairing of those roads? I don’t think I’ve ever seen a missile being carried in that kind of conveyance except when they’re loading up a new missile silo and generally that is not exposed, it’s totally covered. I think the parade is more trouble than it’s worth.