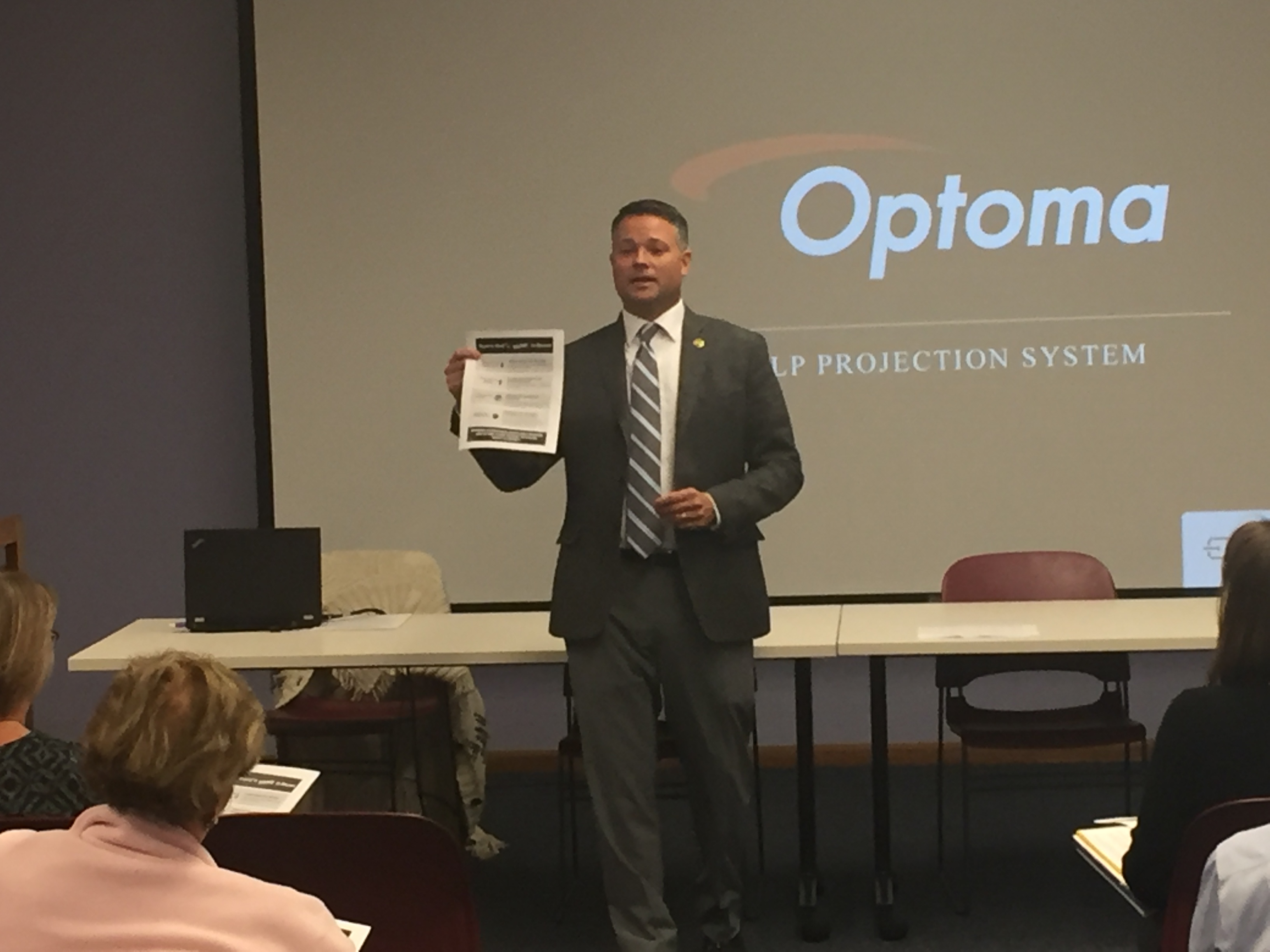 UNIVERSITY CITY, Mo. — The Clayton Democrats convened Wednesday at the University City Public Library for their monthly meeting to learn more about initiatives they hope to see on the ballot in 2018.

The meeting focused on several key Democratic issues, including an increase in minimum wage, campaign finance reform, a petition seeking to legalize medical marijuana in Missouri and a “right to work” repeal.

Clayton Township committeeman Jimmy Loomis, who serves as a liaison between his township’s voters and the Democratic Party, led the meeting and said the ballot initiatives can be impactful.

“They address specific, important issues that are currently in our city, in our state and in our country. They go a long way towards combating these,” Loomis said. “They’re much stronger than any act that the legislation could do and I’m very, very confident these issues will have crossover appeal beyond just traditional Democratic voters because they truly impact all Missourians, regardless of which side of the aisle you fall on.”

Senator Jacob Hummel of the 4th District kicked off the meeting by advocating for a “right to work” repeal, which is scheduled to appear on the ballot in November 2018, though it could be moved to August by the General Assembly.

Hummel along with a coalition of union partners and community groups conducted a balloting campaign and collected a record 310,000 signatures across all eight congressional districts to freeze “right to work” until Missourians get a chance to weigh in on it again during the next election cycle.

“I’ve never seen the labor movement so excited and marching towards one goal,” Hummel said. “We’ve got a lot to do but if we get this thing going it could spread.”

Another ballot initiative, CLEAN Missouri, is seeking to put in place a number of ethics-related reforms into the state constitution.

To make the ballot, it will need signatures from 8 percent of legal voters in six of Missouri’s eight congressional districts, totaling about 160,000 total signatures.

“If we didn’t allow doctors to take gifts from pharmaceutical companies, why would we allow the representatives of the people to?,” asked CLEAN Missouri advocate Leah Cleburne.

Cleburne also spoke on behalf of Raise Up Missouri, a group attempting to place a question on the ballot, that, if approved, would incrementally raise Missouri’s minimum wage to $12.

The group is seeking a statute change, not a constitutional change, meaning it can collect fewer signatures and still make the ballot.

“People can not live off of the current standard,” Cleburne said. “When we talk about raising the minimum wage we’re not just talking about the young people working at fast food restaurants. We’re talking about grandparents and parents who are barely making ends meet.”

John W. Payne, the campaign manager for New Approach, said Wednesday the group is well on its way to meeting the 160,000-signature minimum by the May 2018 deadline.

“We’re right there and we will continue to go out and get as many more (signatures) as we need,” Payne said.

New Approach estimated that medical marijuana would generate $8 million in tax revenue per year and $150 million by Year 3. The group has based its regulatory system on the one Colorado used prior to its full legalization in 2014.

The Clayton Township Democrats plan to meet again in November, although a definite date is not yet in place.

“This is truly politics in its truest form and at the most local level,” Loomis said. “Civic engagement starts at home and the township embodies that perfectly.”