Clean Missouri opponents cite concerns of gerrymandering and appointment process, supporters point to the language as the answer 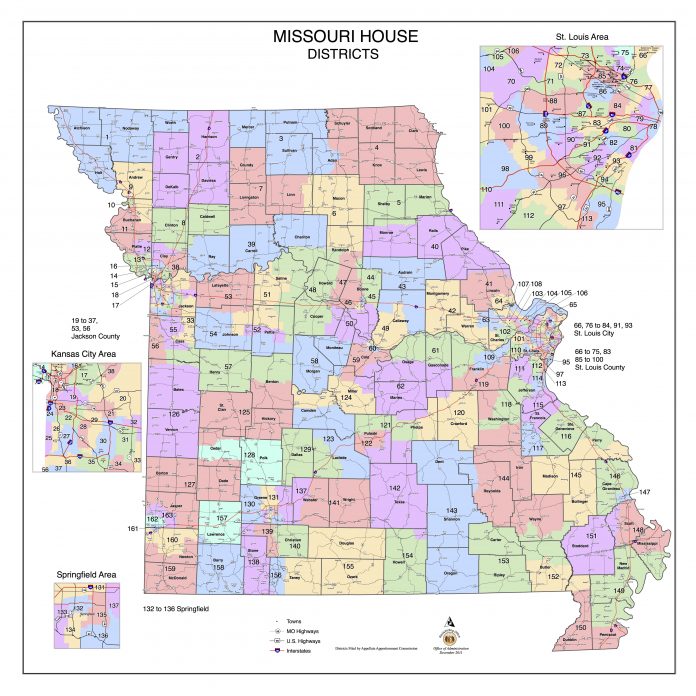 JEFFERSON CITY, Mo. – Could the proposed Clean Missouri ballot initiative hurt the political power of minority groups like African Americans or rural voters? The answer varies, simply depending on who you ask.

The movement seeking to push ethics reform across the Show-Me State is moving forward, with signature gathering efforts underway, but some opponents are saying that some of the proposed ideas could shock potential supporters. Clean Missouri is seeking to bring changes to the state, regarding lobbyists and campaign contribution limits.

The proposed constitutional ballot measure would change how legislative districts are drawn, as well as banning all lobbyist gifts over $5 in worth and requiring legislators and staff to wait two years before becoming lobbyists.

Their goal is to make state government more open, transparent, and accountable, in an effort to “restore integrity” to the political realm of Missouri.

“For too long, politicians in Jefferson City have not been responsive to the needs of their constituents. Big donors, special interests, and insiders run the whole show,” Nimrod T. Chapel Jr., President of the Missouri NAACP State Conference and Treasurer for Clean Missouri, said. “Clean Missouri will help bring about the change we so desperately need: force candidates to win our votes, debate the issues, and represent us.”

But the provision that has become the point of contention between supporters and opponents is the redistricting piece of the puzzle.

Currently, legislative redistricting is handled by two bipartisan commissions, one for each chamber. The governor selects members of the commission by choosing from a list of nominees submitted by the two state committees of the Republican and Democratic parties.

Under the proposal, the districts would be drawn by a “nonpartisan expert,” a state demographer, and their work would then be reviewed by a citizen commission.

But it seems that even that is being questioned, with some whispers implying that it would allow the State Auditor to choose an unelected professor from the University of Missouri to redraw the lines, noting that sometimes state government tends to lean on the university, as well as the fact that the qualifications would require a state resident who is not a member of the General Assembly.

The petition, however, states that the state demographer would be selected using a process in which the state auditor would deliver a list of at least three applicants who meet the proper qualifications to the majority and minority leaders of the Senate. If those two agree on a candidate, the process will end and that person would be appointed for a five-year term, to which they may be re-appointed.

If they cannot agree on a candidate, then they may each remove candidates equal to one-third of the state auditor’s list, at which time the auditor would conduct a random lottery to select the demographer.

Republican opponents argue that it is an attempt by the Democrats to create districts that might improve their chances in elections since recent years have seen steady Republican victories.

Opponents note that the list of donors Clean Missouri has included several liberal-leaning groups. In the past few months, the group has received a combined $550,000 from an St. Louis-based political action committee as well as the lobbying arm of liberal mega-donor George Soros’ philanthropic network. Other donors include Planned Parenthood, Sierra Club, NARAL, Empower Missouri, as well as some labor organizations.

Kansas City election lawyer Eddie Greim of the Graves Garrett firm said that “the party that captures the office of state auditor is in a very powerful position. It’s a huge roll of the dice for either party.”

Currently, State Auditor Nicole Galloway serves as a Democrat, but if Republicans win that race in November, it would mean complete control of the statewide offices, and a Republican with newfound powers if Clean Missouri passes.

But one of the issues that opponents also point to is the chance for reduced political power for several demographics, namely rural Missourians and African-Americans. Under the Clean Missouri proposal, they say, districts would no longer need to be contiguous, allowing for the breaking down of counties and existing boundary lines into what they refer to as “gerrymandered districts in the name of ‘fairness’.”

“No matter the geographic location, the goal would be for the map to have 50-50 districts,” Chris Arps, an African American political commentator in St. Louis, said. “We could have African American districts in urban St. Louis connected to areas deep into rural Missouri. To represent so much geography would be quite a headache for a legislator, but a win for Elite Democrats who want more control over picking winners and losers.”

County commissioners and others who lobby legislators on local governments agree that the proposed changes could mean issues.

“I’m a county commissioner that lives an hour away from Columbia, but it may take that much of a stretch on a map to get to what a bureaucrat may see as politically fair,” Macon County Commissioner Kevin Souther stated. “I don’t want my state representative to live in Columbia. This type of representation should be close to home.”

But that sentiment is not shared by all, as Clean Missouri says they have a broad basis, from a number of various backgrounds.

“The leaders in Jefferson City don’t care much about me or what rural communities need. Big money and powerful lobbyists drive the agenda at the Capitol, and political insiders draw the districts to protect their own jobs — not ours,” Rhonda Perry, a grain and livestock farmer from Howard County, and the Program Director for the Missouri Rural Crisis Center, said. “We need to level the playing field for ordinary citizens, and that’s why I’m excited to support Clean Missouri.”

In response to the concerns regarding the process of redrawing the lines, Sean Nicholson, the executive director of Clean Missouri, pointed to several pieces of language within the petition.

“Districts shall be established in a manner so as to comply with all requirements of the United States Constitution and applicable federal laws including, but not limited to, the Voting Rights Act of 1965 (as amended.) Notwithstanding any other provision of this article, districts shall not be drawn with the intent or result of denying or abridging the equal opportunity of racial or language minorities to participate in the political process or diminishing their ability to elect representatives of their choice, whether by themselves or voting in concert with other persons.”

Later in the petition, it states that districts “shall be composed of contiguous territory” and that the preference shall be that “districts are compact in form.”

1,640 thoughts on “Clean Missouri opponents cite concerns of gerrymandering and appointment process, supporters point to the language as the answer”