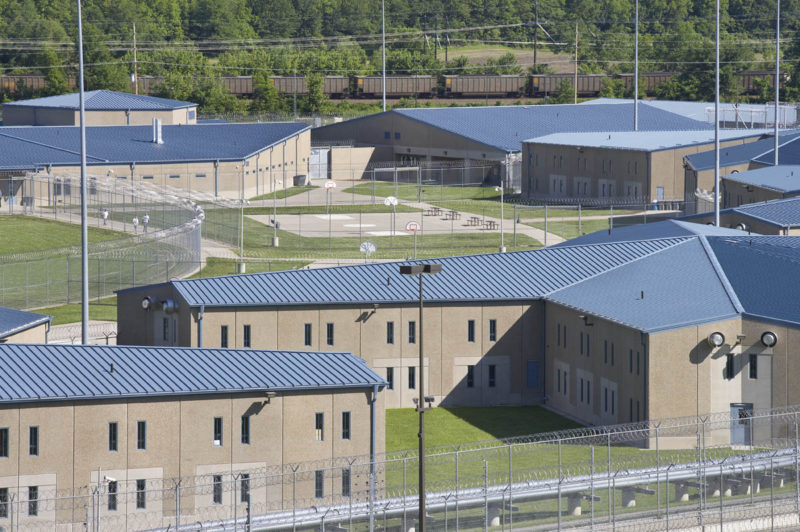 JEFFERSON CITY, Mo. – Missouri’s prisons have been a focus over the past year, as lawmakers expressed their concerns about the rising cost of legal settlements coming from the Missouri Department of Corrections.

The Department has been making an effort to change the culture under the leadership of its new director, Anne Precythe, who was appointed by Gov. Eric Greitens earlier this year, but the fact still remains that the department is still causing the state to pay out millions of dollars to settle worker sexual harassment claims.

Indeed, more news about the state’s legal settlement funds arrived Monday, with State Auditor Nicole Galloway issuing a report that showed the state had spent an additional $36.8 million to settle various cases over the past years from several state agencies that are not usually monitored under the current system.

But another area with the Department of Corrections highlights an issue with money: reimbursements of the local county jails for providing services.

Missouri is the only state in the nation that does it, reimbursing counties for a portion of the defendant’s entire local jail time while the person’s case goes through the court system. And the Department of Corrections is responsible for making those payments and receiving reimbursements.

It’s an issue that many county commissioners have expressed concerns with, saying the state has fallen millions of dollars behind on its payments.

Clint Tracy, presiding commissioner of Cape Girardeau County, says it is a statewide issue, as at this time, the state currently owes money to 108 counties and one independent city, ranging from a couple thousand dollars to the millions owed in St. Louis City and St. Louis County.

“The bottom line is, when someone gets arrested and is put in the county jail, they sit there for a period of time, which is called pre-trial confinement. Those days, they’re waiting to go before the judge, whether it’s to be sentenced or head to trial, etc.,” Tracy said. “If they’re determined to be innocent, they’re set free, and however many days they sat in jail, the county doesn’t get reimbursed for. But if they sit there for two weeks and are found guilty and are put into the state system, the county gets reimbursed for the days they were in the county jail.”

There are three different types of County Reimbursement payments:

All funds used to make these payments are appropriated through legislation.

The appropriation amount can be different from year-to-year depending on what has been requested and what has been given final approval by the governor.

According to letters sent from the DOC to each presiding county commissioner last week, the current appropriation for this year is $40,030,272.00. That amount is disbursed to the department in quarterly allotments, in the amount of $10,007,568.00, and is expended within 10 business days, according to the DOC.

But the letters also explain that the current funding levels and reimbursement schedule, combined with a pre-existing backlog of approved invoices, has resulted in a delay of paying newly approved invoices.

Lewis Reed, the St. Louis’ Board of Aldermen president, made headlines in August with his claim that the state owed the city more than $20 million in unpaid reimbursement for inmate incarceration costs. While he is correct that money is owed, it isn’t nearly that much. In fact, according to the Department of Corrections, their records show the amount still owed to the City of St. Louis to be $4,222,593.61.

But the state is still incurring more costs as the year goes on, and, as the letters reflect, there’s still an outstanding statewide balance of $18,703,098.04 as of Aug. 31, 2017. That number will continue to build with each day. And if the appropriated fund is depleted, or the Governor withholds funding, then they’re left to wait until more funds are appropriated for that purpose or the frozen assets are released, which could further prevent that number from decreasing.

Another issue commissioners have brought up is the rates paid over the previous years; in the last 15 years, the rate has been lower than it had been since 2002 when it was $22.50.

Bill of Costs Board Rates

“There’s some rub over reimbursement rates. The statute says the county can be reimbursed up to, I think, $35 per day, but we’ve done some studies that cost probably $40. But what they reimburse us for is $21.58,” Tracy said. “That’s because $21.58 is probably roughly half of what the actual cost might be.”

For the first time, as of July 1, 2017, the rate has been adjusted to reach higher than it has since the turn of the millennium, now amounting to $22.58.

But Tracy says that the commissions aren’t even getting that rate now, because once the prisoner leaves the jail and goes to DOC, the Circuit Clerk’s Office is then tasked with validating the documents and getting the proper people to sign off, as well as calculate the amount owed by which rate each day was given. That process can take time, especially since many clerks are doing it by hand.

But the DOC has been working to implement a solution there.

“It is our goal to work with counties to ensure accurate payment of claims and we continue to strive to make our process more efficient. In February, we made available a fillable, auto-calculating Bill of Cost form on our websitehttps://doc.mo.gov/DHS/countyreimbursement.phpto ensure counties are submitting claims that are mathematically correct and utilize the correct reimbursement rate. OSCA mandated the use of this form on February 15, 2017,” Susan D. Pulliam, Missouri Department of Corrections’ Chief Financial Officer wrote in the letters issued to the 115 county commissioners.

Other issues that delay the reimbursement process include errors or missing documentation.

“Common errors found during an audit are failing to obtain the court seal, double billing of days and/or cases, using an incorrect reimbursement rate and not including a warrant or judgment which includes the SES revocations,” the letters read.

The Department has also sought to address some of those concerns as well, saying they have recently added two additional staff members to audit invoices.

But the issue for counties can be in trying to figure their own budgets. If a county is relying on that reimbursement as part of their budget, a delay in that process could put both the county and its citizens in a troublesome spot. The county jails, especially in less-populated areas, could potentially be one of the most costly operations they have.

“A lot of smaller counties are struggling, and this hit-or-miss or inconsistency with reimbursements seems like a problem that could be easily fixed,” Tracy said.

The Department of Corrections reminded each commissioner in their letters that the totals owed to each county are subject to audit and the amount reimbursed could change if errors are found.

But the question of how this could be addressed could come in the form of a task force created by an executive order issued by Gov. Greitens in June. The Justice Reinvestment Task Force, which is made up of state lawmakers, criminal justice officials, and more, has been tasked with looking for ways to address the state’s rising prison population, currently amounting to roughly 34,000 prisoners, and the effects it has on state taxpayers.

You can view the full totals paid to the counties, as well as what is still owed, in the document attached below.:

4,971 thoughts on “Commissioners say Missouri is falling behind in reimbursing counties for jail per diems”