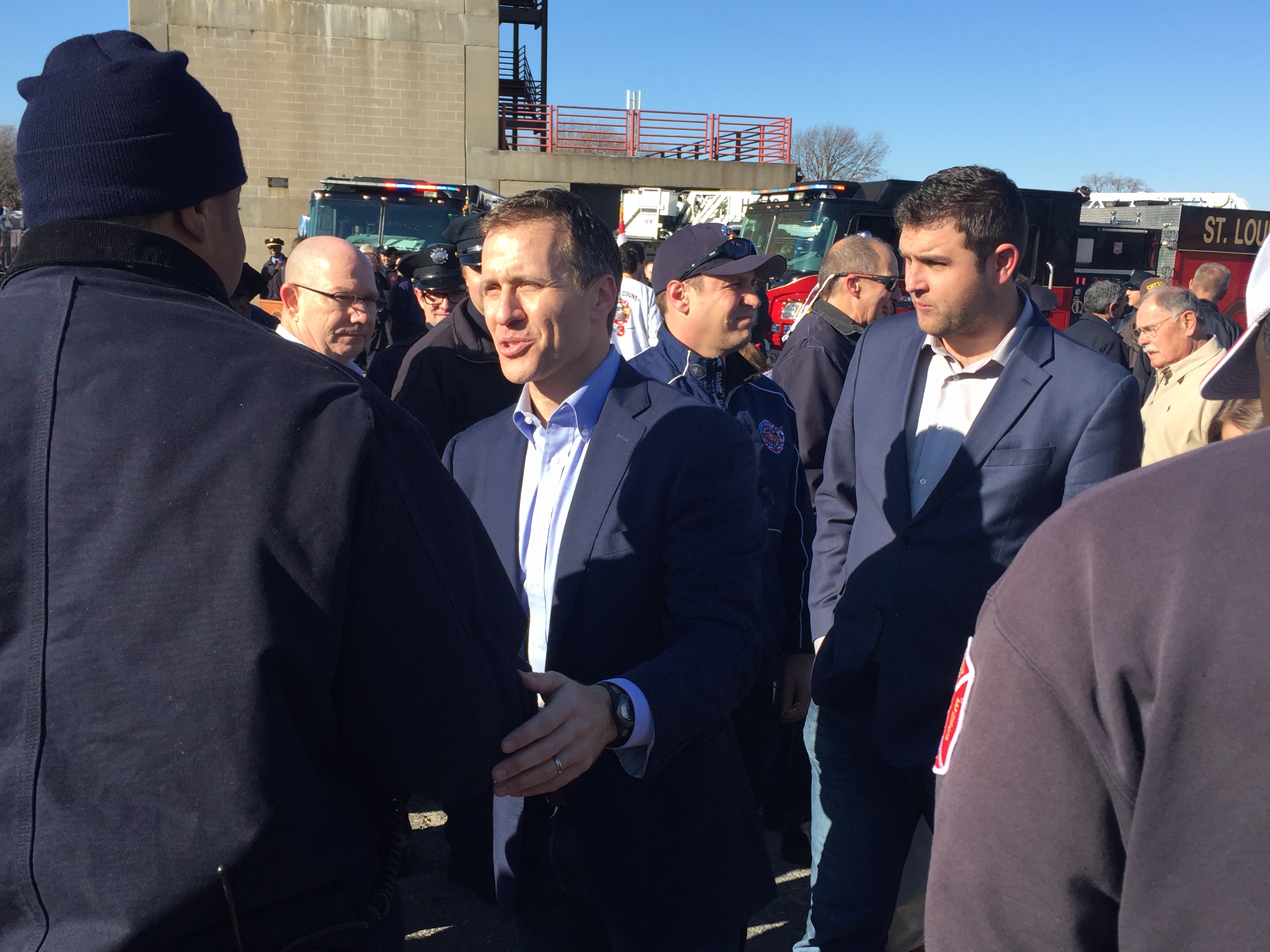 This bold and responsible plan results in a tax cut for 97% of Missouri taxpayers. For 380,000 working-class Missourians, their tax burden will be completely eliminated. Gov. Greitens’ plan will give Missouri the 2nd lowest corporate income tax rate in the country, of states that have a corporate income tax.

Ray McCarty, President and CEO of Associated Industries of Missouri: “Lowering Missouri’s corporate income tax rate to a level that is one of the lowest in the United States will make Missouri a more attractive place to locate new and expand current operations. By also lowering the individual income tax rate, the more than 90% of businesses that report their income taxes of their individual income tax returns (sole proprietors, partnerships, LLC’s, LLP’s etc.) will also see a significant tax relief. When combined with the lower taxes provided in the federal income tax cut, this state-level income tax cut will help boost our Missouri economy and create better and higher paying jobs as job creators use the savings to invest in their capital, including human capital.”

Joe Reagan, Saint Louis Regional Chamber: “We strongly support Governor Greitens’ efforts to cut taxes for Missouri’s working families by creating a state Earned Income Tax Credit. The EITC will help pave the road out of poverty for over 500,000 families across Missouri. The boost in income afforded by the EITC will be spent in local communities and lead to even more jobs in our state.”

Brian Gerau, Director of the Jackson Chamber of Commerce: “We welcome Gov. Greitens to Jackson to share his tax plan for our state’s hardworking citizens. This is a great first step towards bringing jobs and economic development to small Missouri communities like ours.”

Dan Mehan, Missouri Chamber of Commerce: “This is bold, broad-based tax reform. We believe it can give a boost to economic activity in Missouri as we are seeing at the federal level.

Comprehensive tax reform is a priority of Missouri businesses, especially reform that brings consistency and fairness. According to a Gallup survey, 80 percent of the 1,000 Missouri employers interviewed say our current tax system is so inconsistent it doesn’t even allow for year-to-year growth planning.

We intend to work closely with the Governor and the Missouri General Assembly to reform our tax system in a way that ensures our gates are fully open to business investment opportunities and our existing businesses have an environment in which they can prosper.”

Nancy McLernorn, President & CEO, Organization for International Investment: “In today’s global economy, states like Missouri compete not only against other states for business and jobs, but also against other countries. Foreign direct investment is a significant driver of Missouri’s economy. More than 110,000 Missourians work for a U.S. subsidiary of an international company. The proposed tax plan makes Missouri more competitive for international companies to grow and create jobs because it lowers the state’s corporate tax rate while ensuring non-discriminatory treatment for all employers.”

Doug Lindholm, President and Executive Director, Council On State Taxation (COST): “The Governor’s tax reform proposal is a great first step towards ensuring that the Missouri economy continues to grow and prosper, and from a tax policy perspective, will place Missouri among the most desirable states for companies seeking to expand or relocate.”