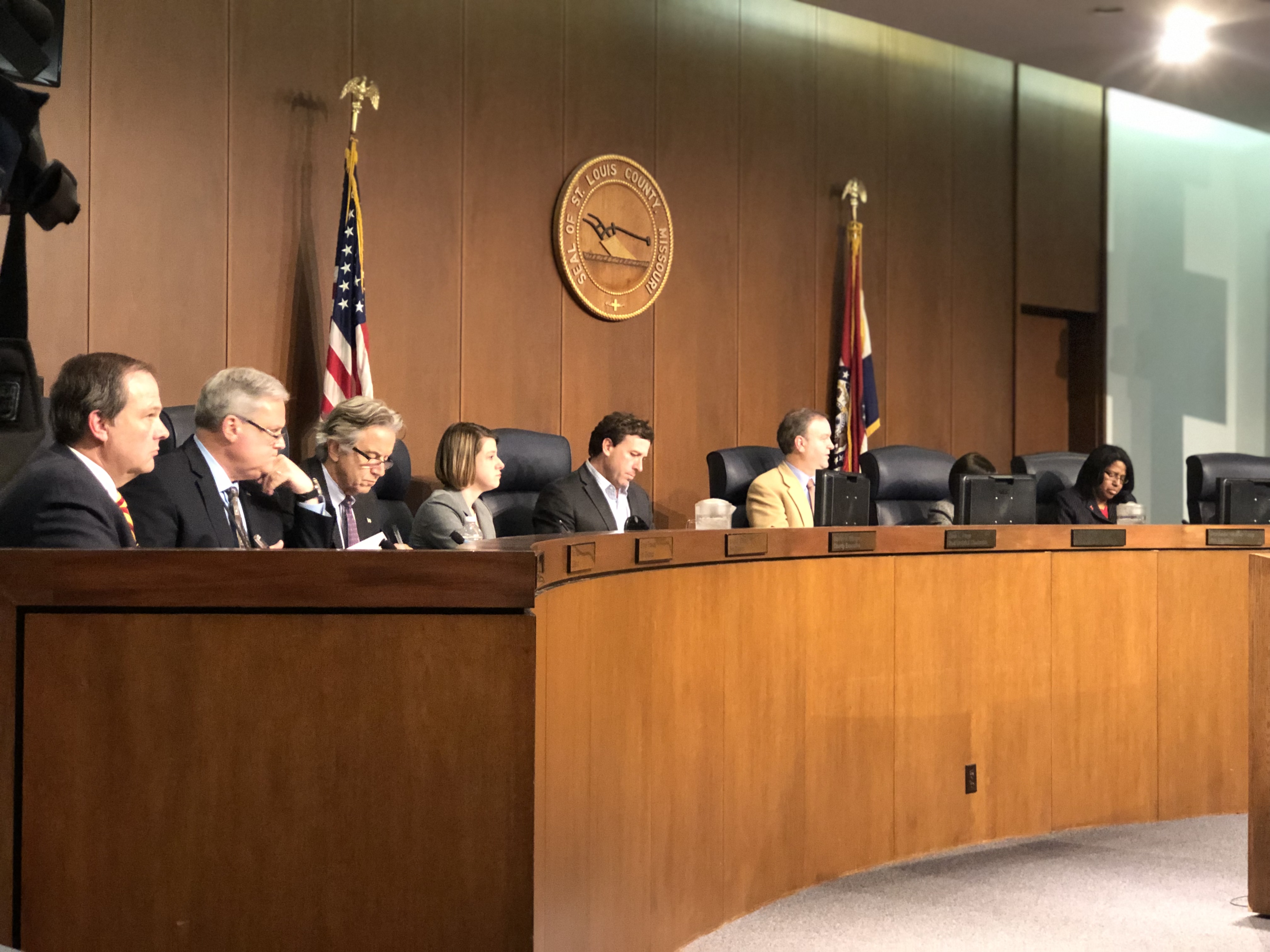 CLAYTON, Mo. – St. Louis County Council members have continuously made efforts to increase the pay wages of county workers. At Tuesday’s regular meeting, council members continued their debate on giving funds to departments when the county’s budget shows there is not enough to do so.

Council Chairman Sam Page explained that the bill would authorize a 2.8 percent increase for county employees in the merit system.

Councilman Ernie Trakas said he was concerned with the bill because the county has already experienced a “surplus loss” and wouldn’t be able to cover the funding necessary for the bill. Trakas shared that the county’s budget began with $16 million to $9 million. Before Tuesday’s meeting, members learned that the funds were not at $4 million.

“Funds would be given when and if the county had the means to do so,” Trakas said.

Councilman Mark Harder shared the same concern and suggested that the council come to a “screeching halt” for a few weeks before they consider any type of funding.

“I don’t understand why we have to come to a screeching halt because we don’t know where the money is going. We need an explanation of where the money is,” Councilwoman Hazel Erby said. “How does this much money disappear over the weekend?”

Page said that the bill, if passed, would not be an appropriation of funds but rather give authority in hopes that departments would be able to afford increases in wages through their 2019 approved budget.

The council unanimously agreed to adopt the substitute bill, and Page held the bill for final passage.

“We keep holding this and the employees are not going to get this pay raise retroactively,” Erby said.

With County Executive Steve Stenger present at the meeting, Erby believed that he was the person that could give an explanation to the “disappearance” of the money.

“As you know, moving from 2018 to 2019, there is always a lack of calculation because of tax receipts,” Stenger said. “That affects the numbers. It’s not just over a weekend. The premise of your question, frankly, is false.”

Stenger reiterated that the numbers change going from 2018 to 2019 because of the continuous calculation of revenues coming in and the expenditures that have gone out. He said there is no money that has “disappeared.”

“There is a lag in our ability to have a complete picture of 2018 until you’re well into 2019,” Stenger said. “That is something that has happened in St. Louis County, in particular, governmental entities within the state, and probably every other county in our state. It happens every year.”

Erby then asked Stenger why the county is in this “crunch” when he is consistently hiring new people in new departments. According to Stenger, he, like the rest of the council’s department, has people come and go as well as a budget that has to be lived within.

“Every year we live within our budget, just as you guys do,” Stenger said. “We have a retention rate that is very similar to the rest of St. Louis County, it’s about 15 percent. People come and go and we have to hire new people.”

Page told Stenger that the council is looking for someone in his office to release the report explaining the description of the transfers that were made to adopt any appropriations in the budget, as well as an explanation from the second report.

According to Page, there was a difference between the two reports, totaling nearly $12 million. The council would like to better understand why it was not posted on to the original report.

“Paul told me that he had the answers for the questions,” Page said. “They were sitting on the 9th floor, waiting to be reviewed and released to us. Does that sound familiar? We’ve got a lot of decisions to make here about supplemental appropriations and raises…and we need that information to make those decisions.”

The council asked to have the reports and their explanations by next week, which Miller shared he would be happy to review.

Stenger said the councils’ questions are good questions that have answers but that it is his understanding that Kreidler is still working on compiling the information and answers together. He said that knowing the many hours spent in hearings for the budget there is not a lack of information that will be available.

“It’s a complicated question and I think it’s reasonable to take a couple weeks to answer it,” Page said. “I hope we get the information soon.”