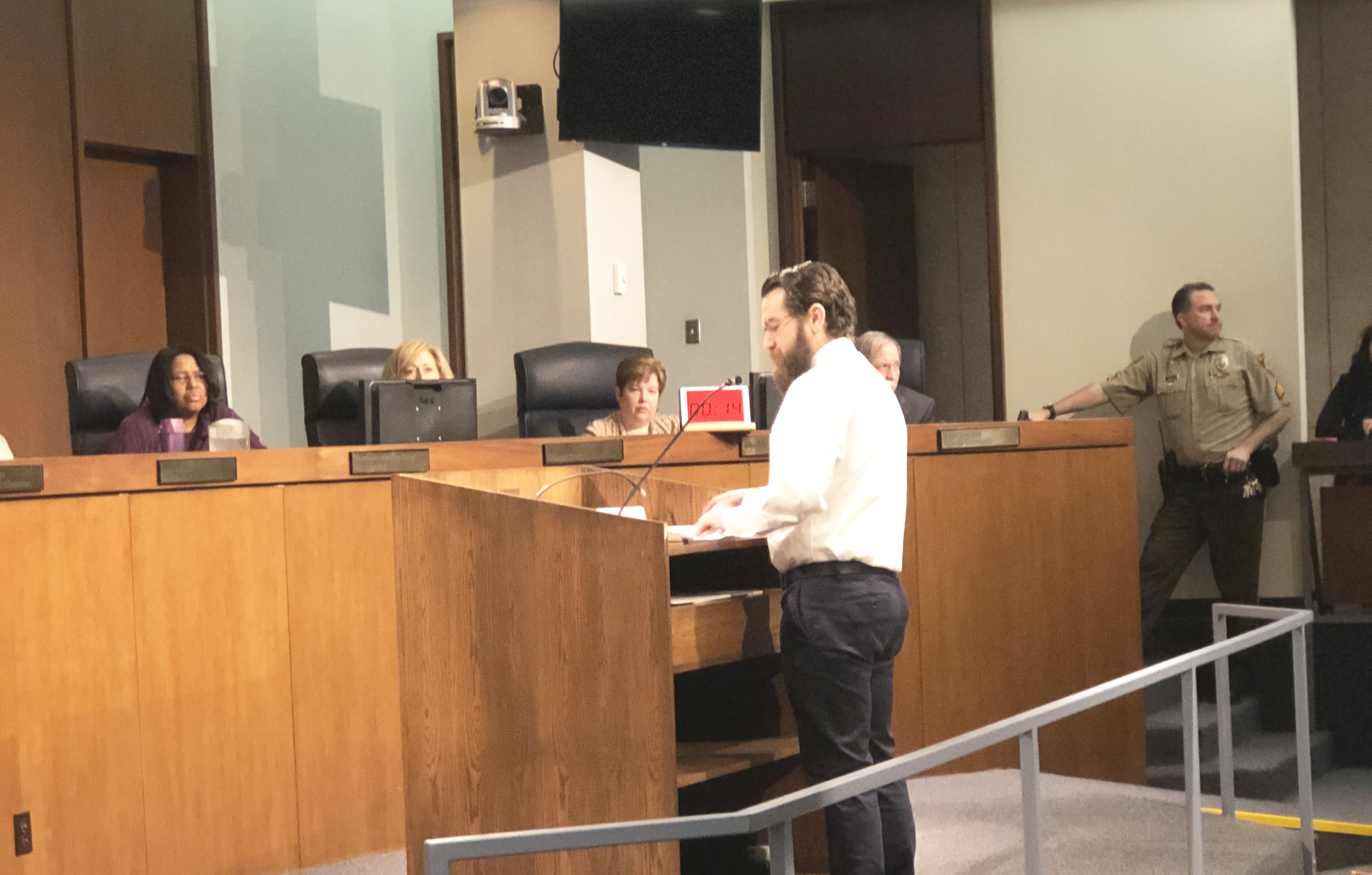 CLAYTON, Mo. – Tower Tee, a golf course located in Affton that opened in 1963, was the home to multiple generations who spent hours hitting golf balls on the driving range or baseballs at the batting cages.

The land where Tower Tee still currently resides was put up for sale in 2017 by the landowner, Tegna. In 2018, the St. Louis County Council was supposed to approve the zoning change which would allow for houses to build on the commercial property. Tower Tee’s last day of business was July 7, 2018, and McBride Homes went under contract to buy the property.

At Tuesday’s meeting, resident Alfredo Lopez shared his memories to the council about his family’s time at Tower Tee. He asked the council why anyone would want to build houses if there is not a place for the children to play and begged them to reconsider the zoning change.

Consistent public forum speaker and South County resident, Michael Burton also spoke before the council, sharing more statistics and shared memories of Tower Tee. He said the reality is that Steve Lotz, the grandson of the man who built Tower Tee, wanted to save his family’s business.

Burton shared that before Lotz had spoken to the council in May, he had spent many hours speaking to him about Tower Tee and its future. He also mentioned Dave Swatek, who managed the batting cages, and Swatek’s words in November 2017, calling the eviction notice “sobering.”

Burton said he went to the Census Bureau where he found that there are over 400,000 houses located in St. Louis County. He said if there was hypothetically to be a compromise, with at least 88 houses it would be less than .02 percent of all of the houses in the county.

“We’re going to destroy all this history for 88 houses? You’re from Affton, Steve Stenger…County Executive Stenger,” Burton said. “I wish we could have heard your voice in the past but I will ask for it still today.”

For over a year, Burton explained that he has had to tell residents about how the rezoning of the land is not a “done deal,” it has not yet been rezoned by the council. McBride was going to wait until the fall of 2018, after Tower Tee closed, to secure the zoning approval on the housing development, but nothing has happened.

“There are other places to build houses. Maybe McBride has spent a lot on this deal. Maybe they haven’t. That’s not your problem,” Burton said. “That’s not my problem.”

Burton showed the council the Save Tower Tee protest petition, which is now in a large poster format due to the number of signatures from residents who do not want houses to be built on the land. He said if he had yard signs, he would have been able to one in virtually every yard.

Burton then quoted Fred Rogers: We live in a world in which we need to share responsibility. It’s easy to say it’s not my child, it’s not my community, not my world, not my problem.

“Just keep that in mind,” he said. “If you hypothetically see what they want to call a compromise, a compromise gets rid of some of the issues and concerns. But if a compromise doesn’t, you can’t call it a compromise.”

Burton has been working to “Keep Affton Green and Family Friendly #savetowertee” for over a year. He, with many others in favor of the petition, are aware that Tower Tee is closed but are hoping for a green space to stay in its place.