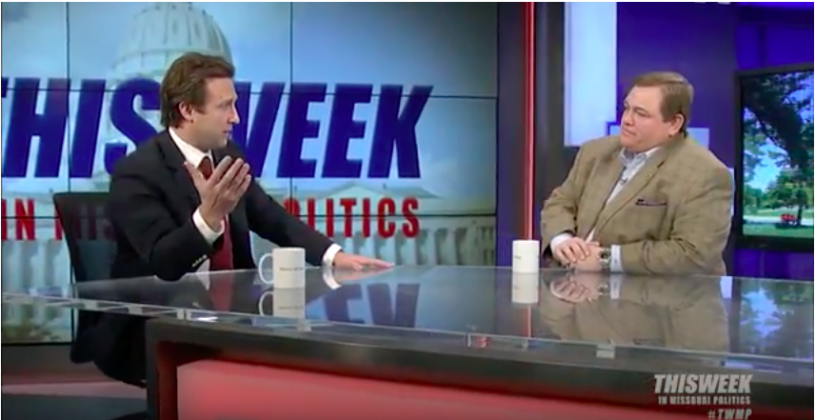 “All that is required for evil to be victorious, is for good men to do nothing,” Courtland Sykes quotes Edmund Burke in describing why he joined the military and is now running for public office.

The Republican candidate for U.S. Senate joins Scott Faughn on This Week in Missouri Politics on January 21 as the featured guest.

The pro-life, pro-gun candidate wants to “rip the wires out of big government” and can reduce his campaign to one word: “Liberty.”

“A bold talking, straight-talking guy who minces no words,” Faughn summaries how Sykes presents himself throughout the broadcast. “You can sit down with Democrats and you can come up with compromises.”

On the panel, Reps. Gina Mitten, Nate Walker, Phil Christofanelli and Peter Merideth find common ground when talking a potential legislative probe into the scandal in the Governor’s Office and getting down to business for Missourians.

Check out the full broadcast at https://thisweekinmissouripolitics.com/2018/01/21/this-week-in-missouri-politics-january-21-2018/