Missouri courts could start seeing an influx of employment discrimination suits as a new law reversing portions of the Missouri Human Rights Act is about to go into effect. 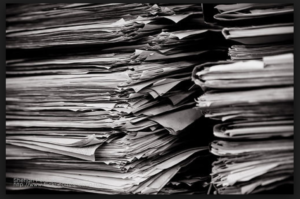 Currently, employers under the act are liable for discriminatory practices. Senate Bill 43 changes that standard when the law goes into effect Aug. 28. It is not retroactive, so all suits filed before that date must be decided under what the current law stipulates.

That has set off a flurry of political backlash from the National Association for the Advancement of Colored People and other civil rights groups, including the country’s first ever travel advisory issued by the NAACP, warning minorities about coming to Missouri, labeling it as the most racist state in the country.

Sponsor of the measure Sen. Gary Romine, a Republican who represents the district just south of St. Louis — Iron, Reynolds, St. Francois, Ste. Genevieve, Washington, and part of Jefferson counties — says there were some concerns at the end of session.

“That there would be a push to get some of those suits filed,” Romine said. “I don’t know if that came out of Mr. Chapel’s testimony or what. If that’s the case, it gives more credence to a sense of what’s going on with all this media hype about the law going into effect.”

He’s referring to Nimrod “Rod” Chapel, Jefferson City attorney and president of the Missouri NAACP, who says they were concerned people might come into the state thinking that they would have civil rights protections that, when in fact, they do not.

“The purpose of the travel advisory was just to allow people to make informed decisions about where they want to be,” Chapel said.

Romine says he was surprised by the advisory and the fact that the national media quickly picked it up “because the bill really just brings us into federal standards with the EEOC (Equal Employment Opportunity Commission) that’s comparable to what 38 other states have been adhering to.”

(The St. Louis County chapter of the NAACP issued a statement shortly after asking the state and national organizations to rescind that advisory, saying it was damaging to minority-owned businesses.)

“Missouri is just coming to a level that’s more fair and equitable,” Romine said. “I guess because we’ve gone 12 years or more without the contributing factor standards it’s been hard for some folks to take but it’s really just bringing us up to the standard of the EEOC in those 38 other states.”

A look at St. Louis County court documents show several suits filed in just the past week that allege race and gender discrimination.

Sanofi-Aventis, a pharmaceutical company, is accused of firing a worker due to her pregnancy.

Another suit claims the City of Moline Acres failed to accommodate a plaintiff’s disability, including defendant’s police officers, “telling her that disabled parking spots were for police parking only.”

And employment and gender and race discrimination suit against The Cookie Place claims the “defendant paid female counterparts more and plaintiff, who is white, was called a ‘racist’ by black employees.”

Chapel, who some say is encouraging people to file suits while they can, says he doesn’t think there is an inordinate amount of discrimination suits.

But he agrees there is a level of concern on both sides: attorneys and plaintiffs.

“Lawyers are concerned about how the new law will affect their clients’ cases and desire to avoid any negative impact that Senate Bill 43 could have,” Chapel said. “On the other side of the equation, I hear from people who have civil rights claims — employment discrimination of all sorts, retaliation or harassment — they’re concerned abut the new law, and in the face of uncertainty, they’re working hard to file cases or bring claims before the new law takes effect.”

Sen. Romine says the number of frivolous lawsuits have been climbing in Missouri for a while, and that was the impetus of the bill.

“The courts have gotten to the point that all you had to be was a member of a protected class to file a discrimination suit,” he said. “… it’s very frustrating that it’s just so easy for employees to use that standard and run businesses through the mill. Basically, it’s legal hostage. It’s legal blackmail.”

Chapel agrees with Romine on one point, he says.

“I have no doubt that people are working hard to protect their rights and that might mean that people are filing their cases or bring claims that they believe might not exist after the new law.”