Dear Mr. Danforth, your self-righteous turkey call politics are their own brand of divisive

Well, it’s been about 24 months, and that means the Cardinals are due for a new closer and, of course, John Danforth is due for a sanctimonious diatribe on the Republican Party.

It’s been about that long since Danforth teamed up with Tony Messenger at the Post-Dispatch to launch an unfair, vicious, and holier-than-thou personal slander of John Hancock.

Right on schedule, this week, he partnered with another conservative bastion, The Washington Post, to attack the man who received more votes for  President of the United States than anyone in the history of Missouri, President Donald J. Trump.

Every Republican knows there are two tried and true ways for Republicans to gain the love and adoration of the mainstream media: 1) save children from a burning orphanage or 2) be a Republican who attacks other Republicans.

The op-ed was very eloquently written; you could almost hear the arrogance dripping from the Yale-isms. He followed up the attack with a predictable media tour of liberal outlets to lap up his praise, capped off by a love fest on MSNBC.

He started off his piece, “Many have said that President Trump isn’t a Republican. They are correct.” You know he is far more of a Republican than most, he is a business owner. He is an employer, a job creator, the place our society should honor and praise. If anyone has a claim on being “a Republican,” it’s the employer, it’s the business owner who must everyday fight off the tentacles gub’ment while giving people jobs. They are heroes and should be uplifted for their society-changing work, not looked down on by beneficiaries of trust funds.

Maybe Mr. Danforth should try, instead of writing pious letters, to open up a business and employ someone. He might find that he will become more Republican every quarter. (For the W-2 Republicans reading this, business owners pay taxes on a quarterly basis, tons, and tons of taxes… you can’t even imagine how awful the gub’ment is until you own a business).

You see, Mr. Danforth inherited his position in life. Now he, of course, will take credit for the triple listed in the box score, but unlike most Missouri Trump supporters who built their businesses and have a chip on their shoulder about how the gub’ment is their worst enemy, Mr. Danforth was born on third base.

Don’t let the Yale-isms fool you, he didn’t hit the triple.

On down he wrote, “Trump is always eager to tell people that they don’t belong here, whether it’s Mexicans, Muslims…”

Granted Mr. Danforth is a big time Yale-educated United Nations bigwig and I’m just a simple, white trash West Butler County hillbilly, but didn’t Mr. Danforth vote for some of the very immigration laws while in the U.S. Senate that he is now attacking President Trump for enforcing?

In a stunning lack of self-awareness, Mr. Danfoth wrote, “Trump is not the first to promote self above party.” You wonder how his computer didn’t melt down from the sheer magnitude of the tonnage of hypocrisy in that line.

Mr. Danforth also wrote, “Our party has been corrupted by this hateful man, and it is now in peril.” Good Lord, Donald Trump led a ticket, with John Hancock leading the state party, that had the best year in the history of the Missouri Republican Party.

When Mr. Danforth led the state party, I suppose the Missouri Republicans were in utopia.

I would suggest Mr. Danforth ask the folks in the Jefferson County Republican Party if they would rather live in their peril of electoral success, or the utopia of failure during the 70’s and 80’s when Mr. Danforth led the party.

Hypocrisy is a trait common of the “upper class” however, this is impressive for even Mr. Danforth that he doesn’t even take his own advice. Last fall, Congresswoman Ann Wagner unendorsed Trump for his comments on groping women while his protege Mr. Hawley maintained his endorsement.

However, come spring, it was Mr. Danforth writing pretentious and haughty letters telling the regular people to not support Congresswoman Wagner and instructing them to sit and wait for Mr. Hawley to get his ladder out of the garage.

Mr. Danforth told an eager audience at the Post-Dispatch about the President of the United States’ visit to Springfield: “I would not be there.”

Well, I wasn’t aware the President invited Mr. Danforth and looking at Senator Blunt, the congressional delegation, and all the statewide elected officials besides your protege, Mr. Danforth wasn’t missed.

Finally, Mr. Danforth got to his real point in the Post-Dispatch: “I’m not singling out particular people. I’m making a broader point than that,” Danforth said. “I think it’s very important to make it clear to the public that Donald Trump is not like us.” Mr. Danforth made himself crystal clear, maybe even Crystal City clear.

Don’t let Mr. Danforth’s holier-than-thou tone fool you, this is not the first time he has called out Republicans by name; a quote from the 70s reads: “Dorman Steelman is a cancer on the body politic of the Republican Party.”

But we’ll get back to that later.

What Mr. Danforth is really saying here is that the “educated” and “refined” Republicans are different. Trump isn’t their president, and we should follow Mr. Danforth’s lead because, after all, they know better than us uneducated and unrefined hicks who admire our President.

Some of us may not have went to Yale, but we understand what you’re getting at, Mr. Danforth.

You see, Mr. Danforth is mad because his side lost. For years, the Missouri refined and cultured Republicans fought against the conservative wing of the state party led by Dorman Steelman of Dent County in rural Missourah.

The proof is when politicians like Eric Greitens were deciding on positions to appeal to the electorate, he chose Dorman Steelman’s policies over those of Mr. Danforth.

Hell, when he was deciding how he should dress to appeal to Missourians, he chose Scott Faughn’s wardrobe over that of John Danforth.

Mr. Danforth lost bigly, and he ain’t happy bout it. 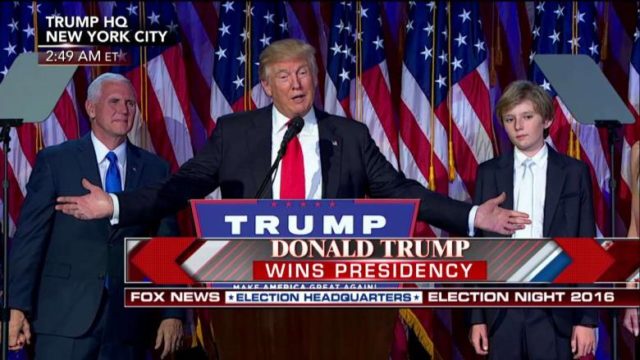 Now you all know I ain’t one to criticize without offering solutions. That’s why I propose that Mr. Danforth come spend a week with me down in West Butler County.

He can sleep on the pull out and get to know some of these regular people he wants to boss around.

But pardon me here; I need to give Mr. Danforth a few pieces of advice before he heads down.

First, if you hear the word ‘Vienna,’ don’t go into a story about your vacation to Austria last summer, we are likely talking about the sausages, ’cause it’s around lunch time.

We have to come up with a lie about what you were doing in 2004 and 2005. We can say you were in the pen, joined a biker gang, or were a roadie for Skynyrd, but we cannot under any circumstances tell anyone you worked at the United Nations, that will get both of us beat up at the Stringtown Grocery.

It would probably help you know how to boss people around if you get out and do some actual work to elect some of the Republicans you want to instruct instead of writing letters and sniping. It’ll be time to put up some signs for Todd Richardson before long, and I don’t know if your kind of folk up at Harvard know about him, but let me tell you, they love him in Howell County. More importantly, you’re gonna be amazed at the new technology in road signs cause they didn’t have Tposts back in the 80’s, and whee doggies you prolly ain’t never used a zip tie – they are amazing, you’re gonna love ’em.

Lastly, if someone mentions Madrid, don’t go talking about some gubment U.S. Senate fact-finding trip mumbo jumbo. They’re prolly talkin’ about the coon hunters club over at New Madrid by the river.

The article originally appeared on The Missouri Times.

4,312 thoughts on “Dear Mr. Danforth, your self-righteous turkey call politics are their own brand of divisive”