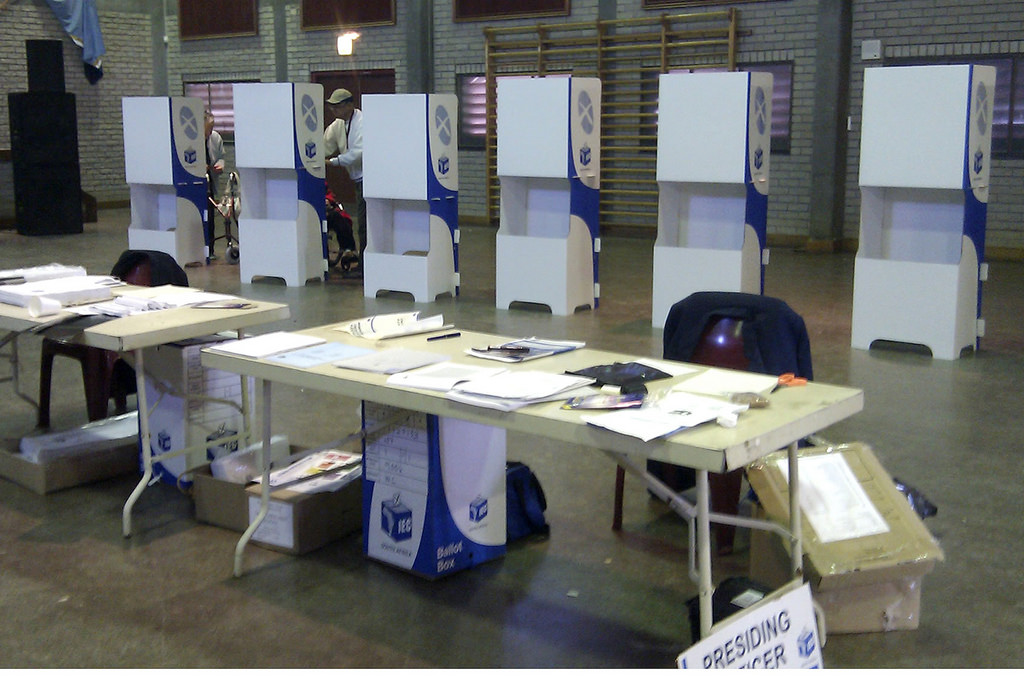 Tuesday is Election Day across Missouri and polling places are open across the state, where voters will decide local races and ballot issues.

In Clayton, among the races to watch are two of the three seats up for grabs on the Board of Aldermen. Polls opened at 6 a.m. and will remain open until 7 p.m.

In Ward I, a challenger has emerged, setting up a rare race in the city for the first time in five years.

Blair I. Kaiser announced his candidacy for alderman in Clayton’s Ward 1 on Jan. 17 and will challenge incumbent Joanne Boulton in the first contested aldermanic election in Clayton since 2012.

After serving the citizens of Clayton for the last six years, Boulton is running for re-election for her third and final term.

Boulton, who works with alderman Richard Lintz in Ward I, said she will continue to work hard to advocate for projects that have benefitted the area.

As a member of the Architectural Review Board/Plan Commission (ARB), Boulton has been directly involved in reviewing proposals and promoting responsible development in the city.

Besides her role as a board member and ARB aldermanic representative, Boulton has served on a number of boards including, Parks & Recreation, Sustainability, Uniformed and Non-Uniformed Pension, Clayton Recreation, Sports & Wellness, Public Art Advisory and the Housing Task Force.

Kaiser, a native of Staunton, Virginia in the Shenandoah Valley, relocated his family to Clayton’s Hi-Pointe neighborhood in 2014, when he received the final assignment of his more than 20-year active duty career at Scott Air Force Base.

Kaiser is running on the message “Engaged, Considerate, Your Advocate” and has six core issues including public safety — providing safe, vibrant and walkable neighborhoods — as well as building upon the Clayton School District’s national accolades, fiscal prudence, infrastructure upgrades and inclusivity.

Specifically, Kaiser said the biggest issue facing Clayton can be summed up in two words: smart growth. If elected, Kaiser said he also has high hopes of accomplishing big things in his first year, with a new take on how to conduct business in Clayton.

In Ward III, Alex Berger III’s decision not to run for another term broke this race wide open. Berger III’s three-year term will expire next month, leaving Bridget McAndrew and Andrew Galakatos to face-off for one of Clayton’s downtown district seats.

McAndrew has lived in the ward’s boundaries since 2010 and has some experience running in this election. McAndrew challenged then incumbent Berger III for the Ward 3 seat in 2015, losing by 21 votes (432 to 411). McAndrew said she’s better equipped to win this time around.

Galakotos’ neighborhood has faced multiple challenges he said, which have served as a catalyst for his decision to run for alderman. Like McAndrew, chief among them is the high-rise building that’s going on in his neighborhood.

Clayton has a total of six aldermen, two from each ward. The winner of the Ward III election will join Alderman Mark Winings in representing the board while current Alderman Ira Berkowitz is running unopposed in Ward 2.

Also Tuesday, voters in Clayton will choose two people from among three candidates, to sit on the school board. The new board has a major task ahead: looking at a potential tax levy over the next three years as the school continues to run at a deficit.

The candidates include incumbents Amy Rubin and Jenaro Centeno, who were both elected to the board in 2015. Also seeking a post is Jason K. Wilson, owner and CEO of Northwest Coffee Roasting Co.

Clayton School Board members serve three-year terms with no salary. For more information on the three candidates, click here.

As the polls begin to close, St. Louis County Election Board officials said votes will begin to roll in by about 7:30 p.m. and will start to be counted immediately.

5,446 thoughts on “Election preview: Voters in Clayton deciding races for aldermen, school board”