EPA opts for partial excavation of the West Lake Landfill 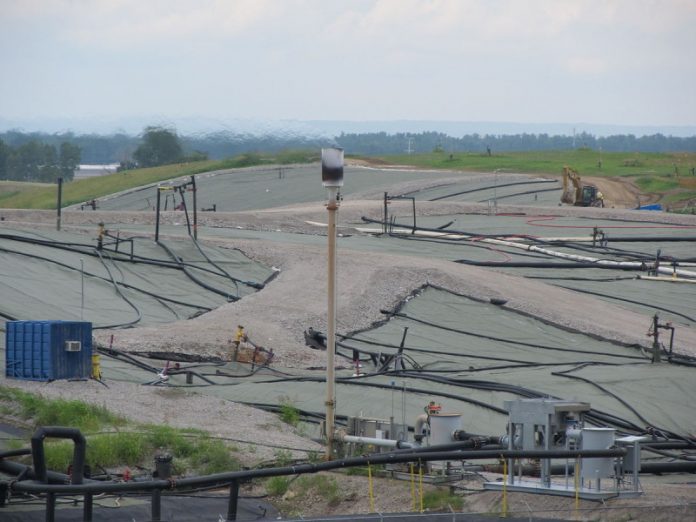 In a decision that was decades in the making, the Environmental Protection Agency announced Thursdays that it plans to partial excavation of the West Lake Landfill Superfund Site in Bridgeton.

“The people of the St. Louis region deserve clarity and answers with respect to the remediation of the West Lake Landfill,” said EPA Administrator Scott Pruitt. “I promised them an answer, and today I am making good on that commitment. I am pleased to announce a proposed remedy that will strategically excavate and remove within five years all the radioactive material that poses a risk to public health. Along with excavation, a permanent cap will be put in place that will provide additional protection to the community over the long term.”

This proposed remedy — called “Excavation Plus” by the EPA — is expected to cost $236 million and take five years to implement. It includes the removal of the majority of the radioactive material and construction of an engineered cover system to best protect the community of Bridgeton over the long term.

“In addition to maximizing the removal of radioactive waste, the remedy specifically minimizes impacts to the community from odor to the chance of a new smoldering event and enhances worker protection,” the EPA’s statement said. In the following days, the Proposed Plan and Administrative Record will be issued and available for public review and comment.

Bridgeton Landfill, LLC, one of the currently designated Potentially Responsible Parties for the West Lake Landfill realeased a statement saying they are “pleased that the EPA has finally ended decades of study and again is issuing a proposed plan for the site.”

“From here, we will participate fully during the EPA’s comment period, as well as engage vigorously with the EPA and the other PRPs to ensure that the final remedy performed is based on science, and is fully protective of human health, including onsite workers performing any remedy, the community, and the environment. The path to beginning implementation of the final Record of Decision (ROD) could take years,” the statement said.

Added Rep. Glen Kolkmeyer, “It’s not a cap like I had hoped, but I’m pleased Trump’s EPA has come to this decision. I believe the EPA has worked to find a worthy compromise. We are all relieved we won’t have extra trucks or trains carrying contaminated products through rural Missouri. The General Assembly has expressed these same concerns, and has been heard.”

Partial excavation was one of three options — full excavation and capping the landfill being the other two — amongst seven different proposed plans. The options ranged from $75 million to $695 million in cost and spanned between 3 to 14 years.

“Partial removal is not acceptable. It means high levels of radioactivity will be left behind with the potential for water or airborne contamination into the future, creating unnecessary long-term risks to the St. Louis region,” said Ed Smith, policy director with the Missouri Coalition for the Environment. “People throughout St. Louis need to rise up and flood the EPA with public comments for full removal and offsite disposal unless they want to continue living alongside this radioactive threat.”

The site — which is home to nuclear waste linked with the Manhattan Project — has been on the Superfund National Priorities List since 1990, though the radioactive contamination was discovered in 1976.

“We are thousands of tons less worried. The #westlakelandfill won’t be completely dug up and hauled by truck or train through rural Missouri. It seems Pruitt has gone farther than scientists said was necessary, but he didn’t listen to the screamers, either,” Molly Teichman, spokeswoman for Coalition to Keep Us Safe tweeted. “It took the Trump Administration just months to figure out what to do with a decades-old issue at #westlakelandfill.”

In December, the EPA Superfund Task Force named 21 sites to be targeted for “immediate and intense action.” The West Lake Landfill made the list. At the same time, Pruitt said he would announce a decision on the highly controversial Missouri site in January. He may have missed his self-imposed deadline by a day, but this a decision citizens have been waiting decades for.

The Superfund Program has emerged as one of Pruitt’s top priorities in the time he has headed the EPA.

“This decision demonstrates my vision for the Superfund program,” Pruitt said. “Through leadership and responsiveness to communities, we will make decisions that protect public health, comply with the law, and hold potentially responsible parties accountable.”

2,592 thoughts on “EPA opts for partial excavation of the West Lake Landfill”