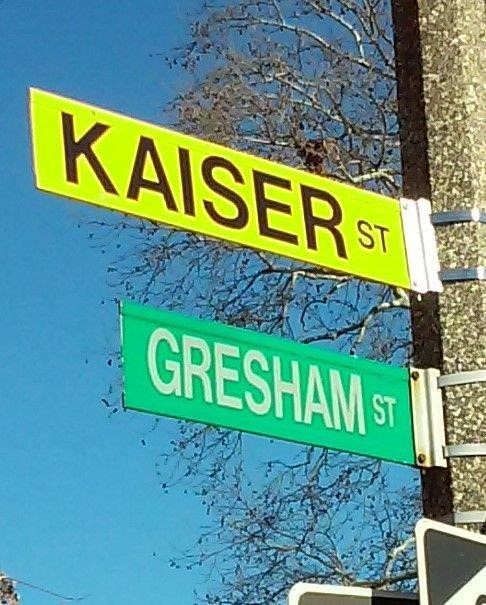 Patriotic German Americans were told to make a choice during World War I between their heritage and their nation. Schools had to end their German language education programs and churches were “pressured” to stop holding services in German.

On Saturday, Oct. 27th, GAHS and Merkel will be celebrating the memorials around the city’s street corners, 15 days before the 100th anniversary of the end of World War I.

“It’s a monument to those who were disgraced during World War I,” Merkel said.

During World War I, the city of St. Louis Board of Aldermen announced that the city would rename streets “only at the instance of property owners and residents on thoroughfares which bear objectionable German names.” The names were labeled as German “enemy” names and were changed to reflect America.

Merkel began the campaign to give the streets the honorary designations after learning of this “anti-German hysteria” while he was writing his book, “Beer, Brats, and Baseball: St. Louis Germans”. He was given advice from the 28th Ward Alderwoman at the time who told him that he should get a sponsorship of an organization. He found GAHS and they have been working together over the past five years to mark the streets. 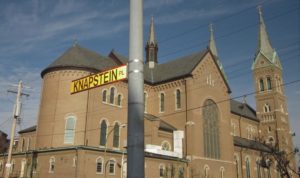 “Our first sign was Knapstein, now Providence,” Jim Martin, President of GAHS said. “And that really tipped off the project for me. The Knapstein family still lived in St. Louis, so we invited the family to the event and they had a little reunion.”

GAHS typically provides scholarships and sponsorships for the German American community. Martin said that this project has been one that people have really taken notice to and enjoy seeing the signs around the city.

“We’re preserving our heritage and giving something to the community,” Martin said.

Merkel said that it has been a slow process. The city requires that they get 60 percent of signatures of registered voters who live in that specific area where the street is located. The signatures have to be approved by the alderman for that area who may introduce a bill calling for the designation. Alderman often request support from neighborhood organizations first. The actual street name stays the same with the honorary street name listed with it in German colors.

Martin said that this project is a way for residents to learn the stories about the old and the new names. “You get a history lesson that you typically wouldn’t get,” Martin said. “It’s a concrete reminder of the past and gives insight for future generations.”

“This is a way to remind us that this could happen again,” Merkel said. “We can say ‘no, these people are still our friends.’”

Among the approval of honorary designations, the city also granted the designation of “Robert Prager Way”. Robert Prager was a German alien who was lynched by a mob in Collinsville, IL. He is buried in St. Matthew Cemetery on Bates Street in the area. The designation on Bates extends from Morgan Ford to Gravois Avenue.

The unveiling of the street signs in German colors for Robert Prager Way and Bismark Street will be dedicated on Oct. 27th at 9:00 am and 10:30 am. Bismark Street is at the corner of Seventh Street and Lami Street in Soulard. Bismarck Street was named for 19th century German Chancellor Otto von Bismarck.

There will be a reception at the Schlafly Tap Room from 1:00 to 3:00 pm and a short program at 2:00 p.m. and a display about the project and the anti-German hysteria of World War I. To attend the reception and program GAHS has asked those interested to RSVP with the names of who is coming to southsidemerkel@gmail.com.

“We are in the process of collecting more signatures and hope to have something on all seven streets,” Merkel said. “This has been a worthwhile experience.”

Martin said that they hope to have some kind of capstone for the whole project after Von Versen Avenue and Berlin Avenue get approved.

“This has been a neat project,” Martin said. “People are excited about it and the neighbors learn that they live on a historical street that they had no idea about until now.”

All the latest details about the event on Oct. 27th and information on future events with GAHS can be found at germanamericancommittee.org.