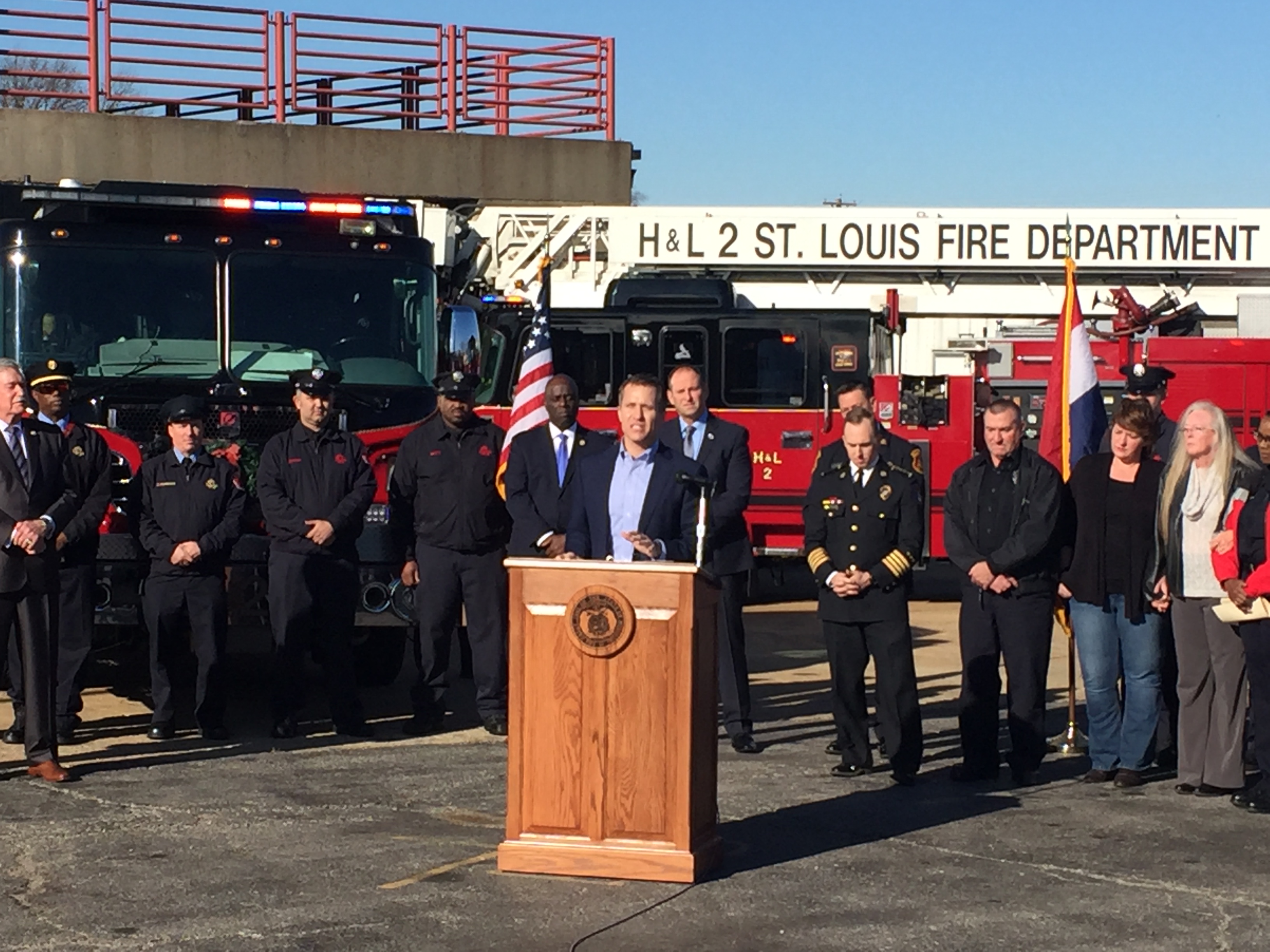 The amendment in legislation would shift the burden of proof for firefighters on whether a cancer was job-related. That burden now rests with firefighters or their survivors and can be an even heavier burden to prove in the state.

Greitens announced his support for changing the law at the St. Louis Fire Department headquarters along with Harold Schaitberger, general president of the International Association of Fire Fighters.

“Firefighters fight fires and if, God forbid, they have to fight cancer, they shouldn’t have to fight bureaucrats to get the care that they deserve,” Greitens said in front of a crowd of about 100 firefighters and their families. “They need to know instead that the people of Missouri are on their side and that’s what we’re here to do today. To let firefighters know that we have their backs.” 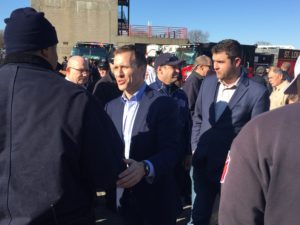 According to the bill summary, HB 1647, sponsored by Rep. Nick Schorer, R-O’Fallon, a bill of that magnitude would take that burden off firefighters seeking help for themselves or their families by presuming these types of cancer are caused by workplace exposure when it is diagnosed in firefighters “assigned to a certain number of years of hazardous duty, exposed to certain agents.” The change in law would allow them to seek worker’s compensation.

“Our union’s been fighting for cancer protection laws in each and every state and each and every province in the United States and Canada. I’m very proud that this legislative initiative, Bill 1647, recognizes the nature of the job firefighters do every day and the increased risk of occupational diseases that come with the job — heart, lung, and, yes, far too many cancers,” Schaitberger said. “The fact of the matter is that we have to be focused on taking care of not only our own that are still active on the line, but taking care of those families that are left behind when a member makes the ultimate sacrifice.”

Recently there has been a scientifically proven link between fighting fires and cancer. Schaitberger, citing federal statistics, claimed that exposure to toxins and carcinogens now kills more firefighters than any disease or injury.

According to the Firefighter Cancer Support Network, firefighters have a much higher chance of getting mesothelioma. They are 1 1/2 times more likely to get non Hodgkin’s lymphoma, and in this past year, the St. Louis Fire Department alone lost four firefighters to cancer.

“I’ve been to four funerals this year for guys that are not much older than me,” said Gregg Favre, deputy director of Missouri Public Safety. “It is a scary proposition and really kind of makes you rethink you’re trajectory and what you’ve done with your life, and it feels unnatural to know that these guys who we buried this year ran into dangerous situations with me, doing far more dangerous stuff than the average person would do and here they are being reduced to nothing but a byproduct of the work they swore to do.”

Thirty-six states have legislation similar to the one Greitens is supporting. Ohio became the latest state to change workplace benefits for firefighters when Gov. John Kasich signed the bill into law earlier this year. 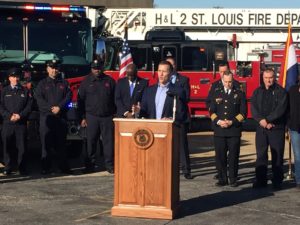 “This bill will make sure that all firefighters in the state of Missouri have the same basic protections when it comes to job-related cancer,” Greitens said. “We’re doing this to make sure they get the treatment when they need it so they’ll have the best shot at fighting and beating cancer.”

St. Louis Fire Department Chief Dennis Jenkerson thanked Greitens and the many lawmakers in attendance, including St. Louis Mayor Lyda Krewson, for their support and said it is time for the department to get the care it deserves.

“When you call a firefighter to a scene we’ve got a mindset that there’s nothing we can’t do, we can do anything,” Jenkerson said. “The St. Louis Fire Department is trying to change the culture of a dirty, grungy firefighter is the best firefighter. We’re changing how we perform our service, but because we’re a very headstrong service, sometimes we don’t ask for assistance. But with Gov. Greitens, we’re going to get this accomplished.”