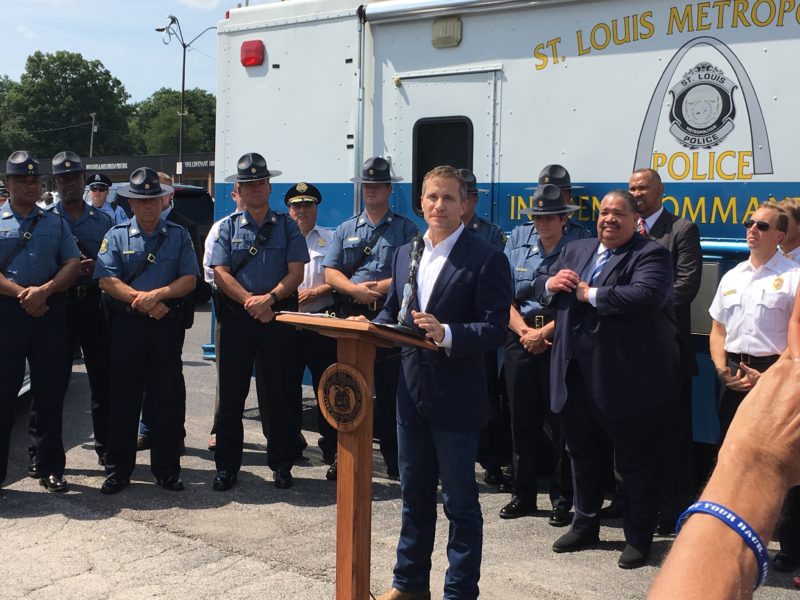 Governor Greitens’ statement on the capture of Ian McCarthy, the man suspected of killing Clinton Police Officer Gary Michaels, is below:

“The Highway Patrol has apprehended the suspect in the shooting of Clinton Police Officer Gary Michaels. We are all grateful for and proud of the law enforcement officers who conducted this operation. Justice will be done.

Our hearts still hang heavy this evening. Officer Michaels’ family and his department still grieve, and the entire state of Missouri joins them in their grief. Sheena and I will pray tonight for all who knew Officer Michaels and for the memory of his life and service. Tonight, we will remember the words of Isaiah, ‘Those who walk uprightly enter into peace; they find rest as they lie in death.'”