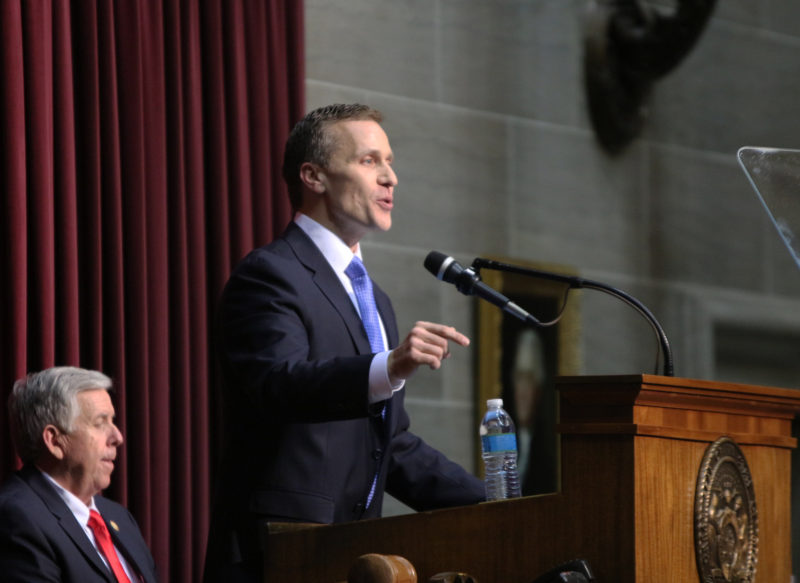 On August 22, 2017, Governor Eric Greitens issued a stay of execution and appointed a Gubernatorial Board of Inquiry in the case of Marcellus Williams, to further consider Williams’ request for executive clemency.

Williams was sentenced to death after a jury convicted him of the first-degree murder of Felicia Gayle in 2001. DNA testing of the murder weapon, conducted in 2016, was inconclusive.

In furtherance of the Governor’s constitutional power to grant pardons and executive clemency, state law gives the Governor exclusive discretion to appoint a Board of Inquiry to gather information and make a report to the Governor as to whether or not a person condemned to death should be executed. Section 552.070, RSMo.

Today, Governor Greitens has appointed five retired judges to serve as members of the Board of Inquiry. They are:

Judge David served as a circuit court judge in the 22nd Judicial Circuit of Missouri, covering St. Louis City, for more than 25 years, from 1992 to 2015. In that role, he presided over hundreds of civil and criminal trials and also served as the circuit’s presiding judge. Before becoming a circuit judge, Judge David spent three years as an associate circuit judge in the 22nd Judicial Circuit.

The Board of Inquiry shall have subpoena power over persons and things, pursuant to state law. At the close of its work, the Board will report and make a recommendation to the Governor as to whether or not Williams should be executed or his sentence of death commuted.

The executive order appointing a Board of Inquiry can be found here.

6,130 thoughts on “Governor Greitens appoints five retired Missouri judges to serve on Board of Inquiry in Marcellus Williams case”