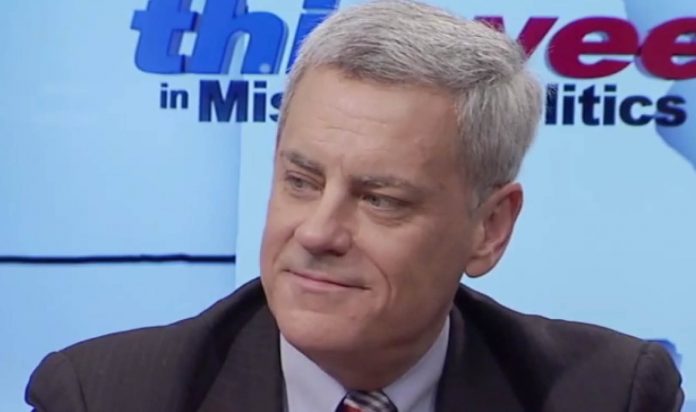 One of the most recent names thrown into the mix is that of Roy Temple, the former chairman of the Missouri Democratic Party.

Temple has been cited as a source for some of the recent information that has made headlines, reportedly having met with the woman’s former husband in 2016, most likely for opposition research on his party’s opponent in the 2016 election.

Temple has stated that the man told him then that Greitens had threatened his now-ex-wife, but was not willing to go on the record with the claims because of their children.

A report by Talking Points Memo issued on Thursday named Temple as one of the sources for the husband’s claims that Greitens had allegedly slapped the woman against her will after she told Greitens that she had slept with her husband.

Following that statement, Temple posted a lengthy response on Facebook, saying he had been aware of all of the allegations that have come out since Wednesday night back in 2016. But he said he never released the details because he had “made a commitment to someone” saying he wouldn’t do so without their permission.

“With that said, the basic fact of a Greitens affair was fairly widely known,” Temple said. “This story is coming to light because of a welcome shift in the terms of how these matters are being discussed publicly, not because of me or the fact that I happen to be a Democrat.”

“Some may question the choices I have made in this matter. I can only say that I have tried to make the best choice available to me at the time that I was making it. I don’t believe the same can be said for the Governor.”