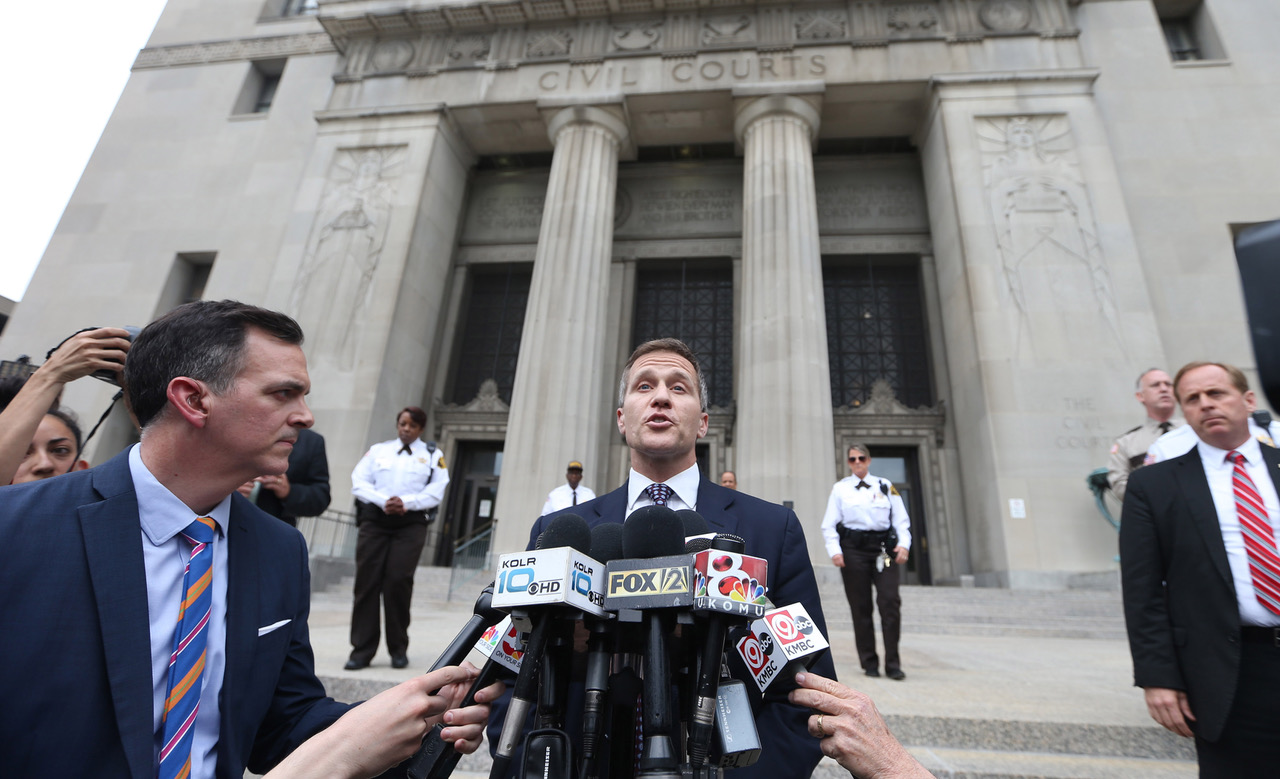 Missouri Governor Eric Greitens talks to reporters outside the Civil Courts Building after charges of invasion of privacy against the Governor were dropped in St. Louis on May 14, 2018. Prosecutors said that Greitens had taken an explicit photo of a woman with whom he was having an affair, without her consent. Greitens proclaimed his innocence of taking a photo but did admit to having the affair. Photo by Bill Greenblatt/UPI

On Monday, the felony invasion of privacy case against Greitens was dismissed after the circuit attorney’s office stated they will seek a special prosecutor to handle the case.

“That includes the lead investigator lying about his methods and the evidence he collected,” Dowd said in a written statement. “In fact, that lead investigator, William Tisaby, refused to testify in a deposition about his perjury and misbehavior in the case, and he pleaded the fifth in response to over 50 questions.” 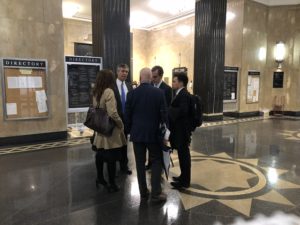 The defense team alleged that Tisaby made false statements under oath, such as when Tisaby claimed he never took notes but was seen taking them. They have also said Gardner should have corrected Tisaby about his conduct but never did.

Dowd added that the defense team in their combined 100 years of experience have never seen a case with “such outrageous misconduct.”

“This misconduct must be investigated,” he said. “I have a lot of confidence in the St. Louis Metropolitan Police Department, and I am sure they will get to the bottom of the misdeeds and illegal activity in this case.”

Following a meeting with Dowd and defense attorney Scott Rosenblum Tuesday, a spokesperson for the St. Louis Metro Police Department said it would further investigate the perjury allegations against Tisaby.

On Monday, the case was suddenly dismissed after both sides went into Circuit Judge Rex Burlison’s chambers. Following the meeting, a spokesman for the circuit attorney said the charges will be refiled with a special prosecutor.

This comes after Greitens’ defense stated they would be seeking to call Gardner as a witness to question her over allegations of influencing witness testimony.