Hawley kicks off U.S. Senate campaign, says ‘We can do better’ than McCaskill 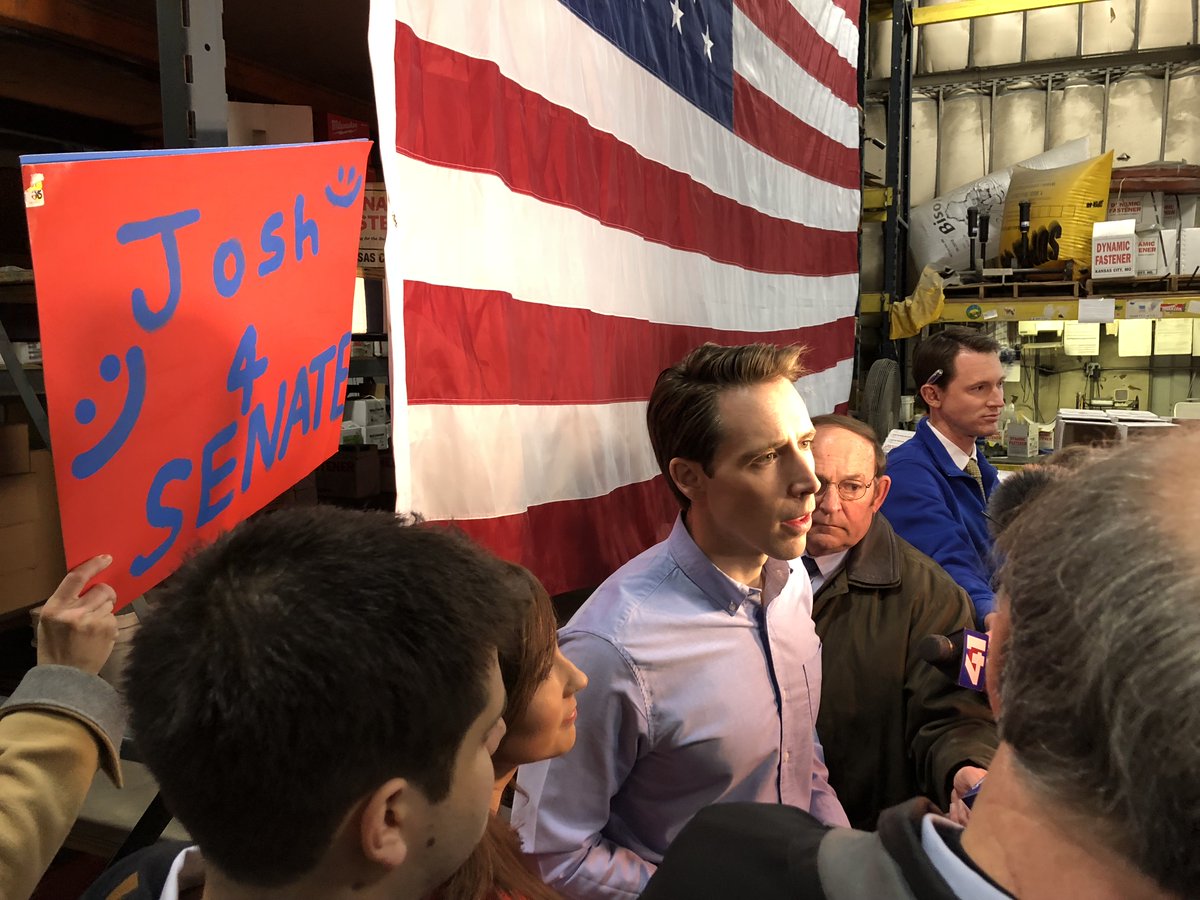 JEFFERSON CITY, Mo. — “Today marks the beginning of the campaign to take back Missouri’s Senate seat for the people of Missouri and defeat Claire McCaskill.”

That was the message of Missouri Attorney General Josh Hawley as he officially kicked off his campaign for the 2018 U.S. Senate race.

The Republican challenger announced his campaign with three scheduled events in Kansas City, St. Louis, and Springfield on Tuesday, where he spoke of the American way of life and the traditions and morals of the heartland of the nation.

“Here in the heartland, we believe that it’s honest work—not big government—that gives a person hope for the future. We believe in honoring our parents, and keeping them close,” he said. “We hold to our faith. We commit to our churches. We rise for the anthem. And we honor those who have fallen in service to this country.

He also spoke to those in attendance about the elite political class in Washington, D.C.

“But now Washington DC disrespects us. It disregards us. The political class doesn’t even pretend to listen,” he said. “The liberal elites who call themselves our “leaders” refer to us as flyover country. And they mean it. To them, we’re just empty squares out the window of a jet flying from New York to LA at 30,000 feet. They deride not just our location but our whole way of living.”

Hawley said that Sen. Claire McCaskill is not just an eager ally to Hollywood, Wall Street, and the DC political establishment, but was “their icon.”

“I believe we deserve better. I believe we can do better. And I know the people of Missouri will demand better in this election,” he said. “And that means one simple thing: Claire McCaskill has to go.”

The assumed GOP frontrunner’s kickoff comes just one day before he will join President Donald Trump for a fundraiser in St. Louis. The event, hosted by the Hawley WIN Fund, shows the cost of a seat at the host table arriving with a price tag of $50,000. VIP couples can also pay $25,000 for a photo with the president., while attending the reception costs $5,000 per person.

But other news in the race this week shows that Hawley is already keeping things tight in the race against McCaskill, with a Gravis Marketing poll giving the Democratic incumbent a two-point lead (42-40) over Hawley. About a week ago, an Axios/Survey Monkey poll showed Halwey leading by eight points.

And with the race looking to be one of the most contentious across the nation in 2018, high amount of cash are expected to be involved, as the fate of the U.S. Senate could very well hinge on this race.

But before he can truly take on McCaskill, Hawley first must secure the Republican nomination, with its primaries being held on August 7.

4,339 thoughts on “Hawley kicks off U.S. Senate campaign, says ‘We can do better’ than McCaskill”