House Budget chair says Governor does have ‘some statutory authority’ regarding metal detectors, but using new officers would be a problem 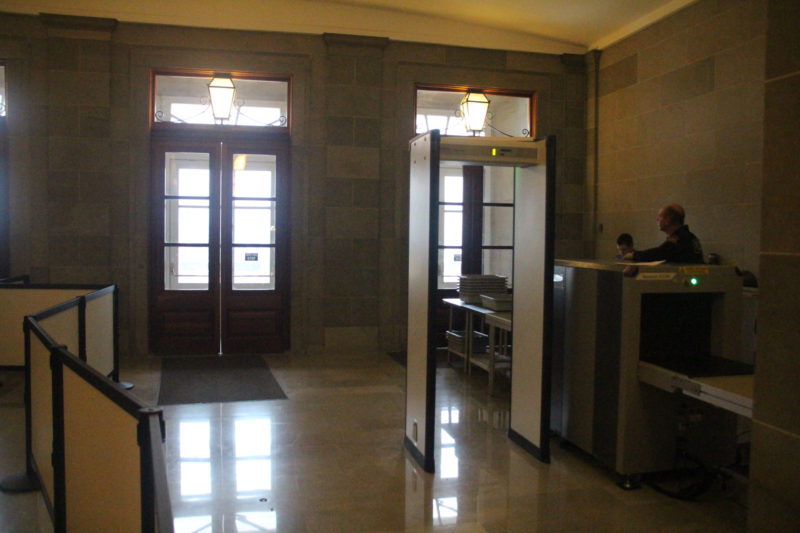 Lawmakers have for months questioned the manning of the metal detectors, noting that the budget passed during the last legislative session approved the addition of five new officers for the Capitol Police. Those officers had been approved with the intent of increasing patrols inside the capitol, for saturation patrols.

The General Assembly also denied the request for funds to pay for contractors to operate the metal detectors at the entrances.

“As far as the Capitol security thing goes, I do think they have some statutory authority to do that with some of the appropriations out there,” House Budget Chair Scott Fitzpatrick said following a Columbia Chamber luncheon. “What I told them is where we would have a problem is if they took the five extra police officers that we appropriated for saturation patrols in the Capitol building and tried to use them to man the metal detectors, so we’ll see how they end up dealing with that.”

Speaking to the public information officer for the Jefferson City Police Department, it was made clear that the department had not received any additional funds, nor did they expect any, despite what was said at a recent budget hearing.

Capt. Doug Shoemaker said that the department already patrols around the areas of the Capitol complex, and assists as needed.

Mike O’Connell, the communications director for the Missouri Department of Public Safety, has told members of the media that Capitol police are currently manning the metal detectors, and they are in the process of hiring the new officers.

3,426 thoughts on “House Budget chair says Governor does have ‘some statutory authority’ regarding metal detectors, but using new officers would be a problem”