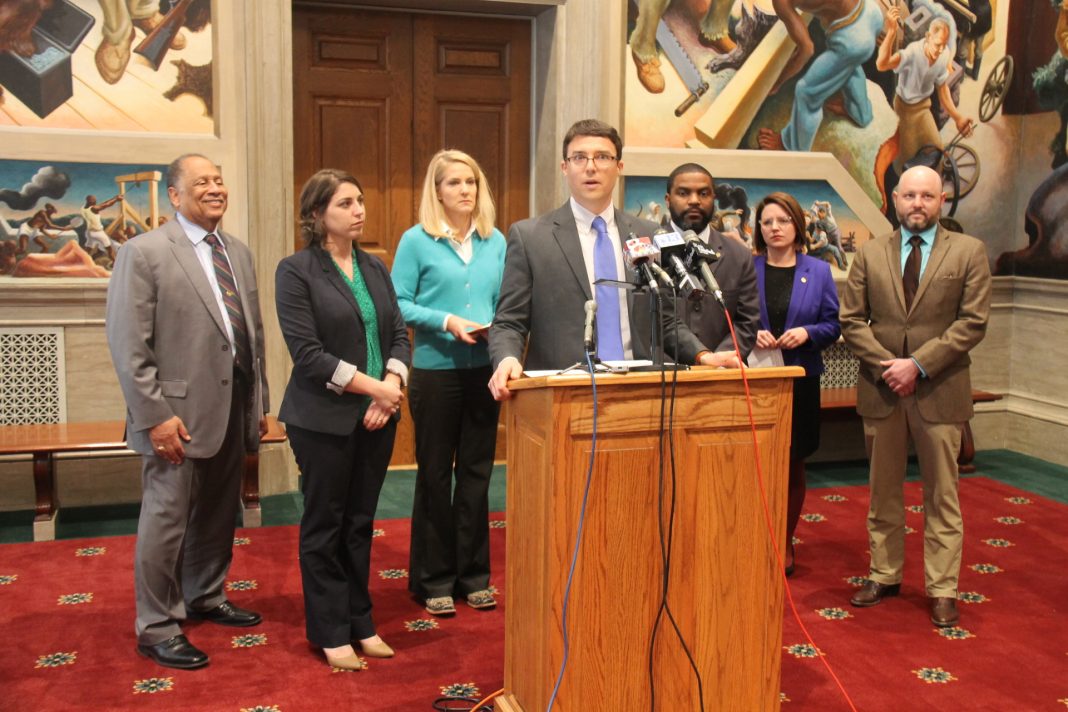 JEFFERSON CITY, Mo. — Missouri House Democrats are looking to push the envelope with ethics reform in the State Capitol, filing a comprehensive package of legislation they say will restore accountability and integrity to state government.

Last year, the House Democrats filed a similar package, which they said simply mirrored the campaign promises made by Governor Eric Greitens.

“While the Governor’s rhetoric sounded good, he failed to follow through on many of his promises,” Rep. Kip Kendrick, D-Columbia, said. “Instead, it seems he is engaged and practicing methods to hide the true workings of his administration and campaign from the public.

“Our mission as elected officials should always be to restore people’s trust in their government.”

HB 1816 would require organizations to report all of their expenditures in support or opposition of a candidate or ballot measure as we all as spending on behalf of elected officials.

The bill, filed by Kendrick, seeks to shine a light on so-call dark money groups like A New Missouri, a committee advancing the political agenda of Governor Greitens.

Currently, Governor Greitens and his staff are defendants in a lawsuit for their alleged use of such an app, as well as the subjects of an investigation by the Attorney General’s Office.

“Transparency is the foundation of good government, and access to official records is essential for the public to learn what their government is up to,” Mitten said. “The use of technology to automatically destroy public records has no place in Missouri government.

“I would hope that in the light of the current situation, my colleagues on both sides of the aisle would recognize that as an elected official, it’s probably not such a wise thing to have such an app on their electronic devices. I would encourage lawmakers to think about the spirit, as well as the letter, of the Sunshine Law and act accordingly.”

Rep. Deb Lavender, D-Kirkwood, also filed HB 1818, which seeks to place a ban on gifts to elected officials. While others have filed similar bills, including some Republicans, Lavender’s bill would not provide any loopholes.

“It doesn’t matter if the gift is expensive concert tickets and a steak and lobster dinner or a minor trinket; lobbyist gift-giving creates the appearance of a government for sale,” Lavender said. “Elected officials receive a taxpayer-funded salary to serve the public, and that should be enough.”

Kendrick says that the Democrats have not had discussions with House Speaker Todd Richardson about their legislative package, though the Speaker made a point to ensure that an ethics bill was the first item to be passed in their chamber during the last session.

“We hope to have a conversation with him soon,” Kendrick said, stating that he hoped an ethics bill would get referred to a committee early once again.

Kendrick stated that the bills are a nonpartisan issue, saying that he did not “expect strong opposition in either the House or the Senate.”

“The General Assembly shouldn’t be in the practice of setting our priorities based on what the Governor wants, we need to be responsive to the wants and needs of the people, and they want transparency,” Kendrick said. “We made every attempt to reach out and work on ethics. This isn’t about whether we trust or distrust the Governor, this about concerns with some of the practices and patterns we have seen in the first year in office. This is a nonpartisan issue that we can push forward and extend the conversation and see some movement in the future.”

“It’s 2018, and I vowed to leave my cynicism back in 2017, so I’ll be optimistic and think that we have the ability to get some of these ethics bills on the Governor’s desk this year,” Kendrick finished with a laugh. “If I’m going to be realistic, it will be a challenge getting these all the way through both chambers, but again, it’s about getting the conversation going and seeing where we can get this year.”

3,031 thoughts on “House Democrats to push for ethics reform once again with legislative package”