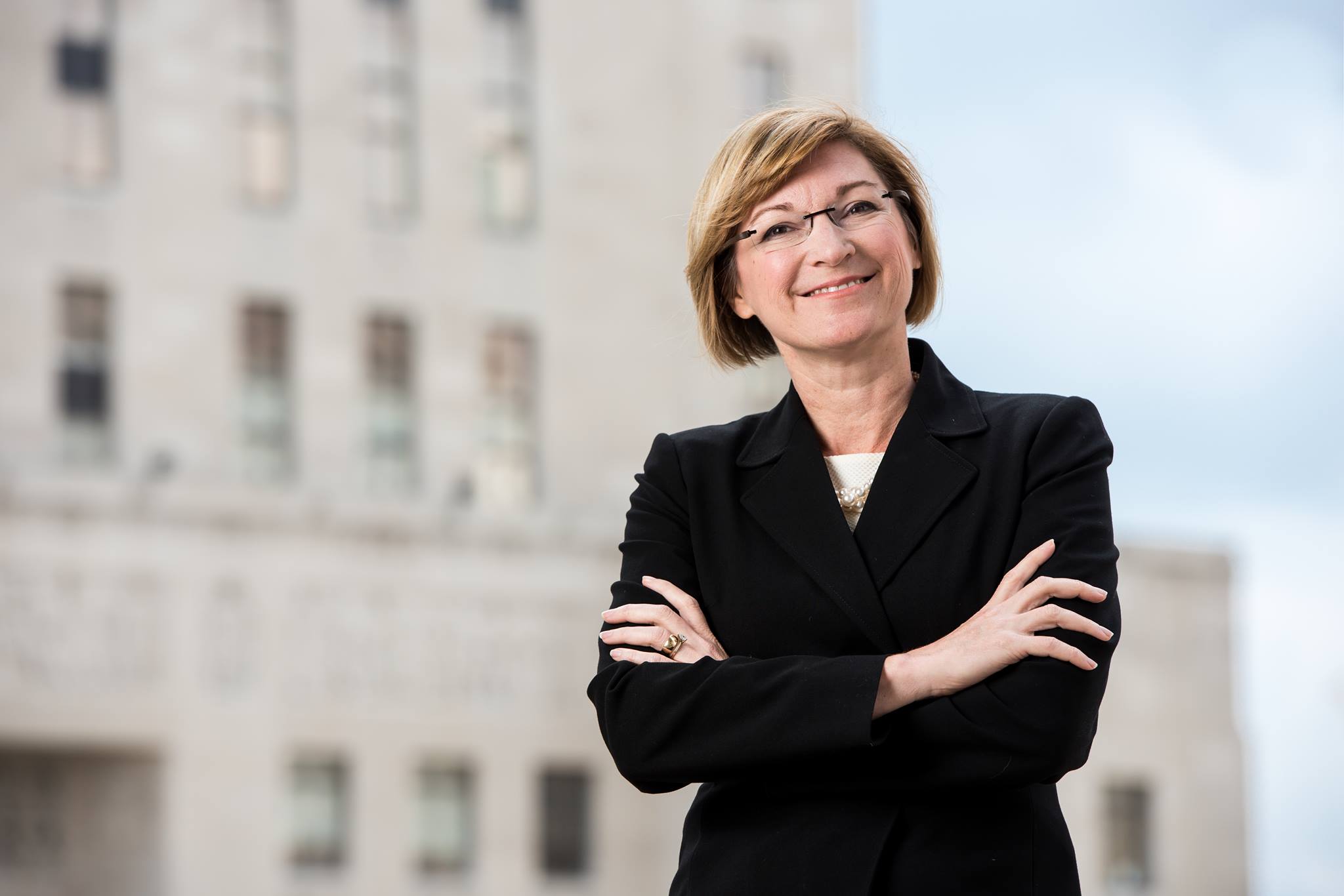 Baker stated that her office did not have sufficient evidence to consider filing new charges in the Greitens case and that corroborating evidence for an invasion of privacy case was still missing.

“I’m frustrated, but I also believe this is the right decision based on the facts and the law that we have, and being informed by the victim in this case,” Peters Baker said.

Peters Baker went on to say there would have been probable cause for an assault charge against Greitens had the statute of limitations not expired.

Baker, the court-appointed special prosecutor, was tasked with looking over the evidence and deciding whether to refile last mont based on testimony from a woman, known only as K.S., who said the governor took an explicit photo of her without her consent and threatened to disseminate it during their affair in 2015. The deadline to file that charge again is Monday.

Greitens has admitted to the affair with the woman but has continuously denied any wrongdoing beyond that.

Burlison’s order stated “once a special prosecutor is selected, the circuit attorney and the CAO are prohibited from an further involvement in this matter except to serve as witnesses in the case.”

The felony invasion of privacy case against Greitens was initially and suddenly dismissed on May 14 after the circuit attorney’s office stated they will seek a special prosecutor to handle the case.

The decision came after Greitens’ defense team said they would be seeking to call Gardner as a witness to question her over allegations of influencing witness testimony and overall misconduct.

The defense team alleged that Tisaby made false statements under oath, such as when he claimed he never took notes but was seen taking them. They have also said Gardner should have corrected Tisaby about his conduct but never did.

In a written statement by the circuit attorney’s office, they stated that calling Gardner as a witness puts her in an “impossible position”, though she could still be called by the defense in a new trial.

Up until now, Baker has not spoken publicly about her decision regarding a possible refile, except to say her office would remain persistent in making the correct decision.

Following Greitens’ resignation as part of a deal with Gardner, Baker said her investigation into the now former governor would continue.

“In short, our investigation continues. In the interest of pursing justice to its fullest lengths, we will continue until our work on the case is completed,” Baker said in a statement. “Specifically regarding any deals we made with Governor Greitens’ attorneys, no deals were made by my office. Our review of this case, as I have stated before, will be pursued without fear or favor.”

Following Baker’s announcement, the woman involved in Greitens’ 2015 affair released a statement through her attorney in response to the announcement.

“My client and I would like to thank the members of the special prosecuting attorney’s office and the investigators from the Missouri Highway Patrol who worked tirelessly on this case. She is grateful to all who have supported her and believed her testimony. That support lifted her spirits and helped her through this challenging time.

No woman should have to endure the trauma that comes from her ex-husband selling her private story for a six-figure payout. No woman should have to turn on the television and watch as the most private and difficult moments of her life are broadcast despite pleading with the reporter for privacy. No woman should be forced to answer countless hours of highly personal questions that are in no way relevant to the issue of whether a nude photograph was taken without her consent. The most intimate details of her life were made public by a vengeful ex-husband and a second man willing to spend millions of dollars spreading lies about her in an effort to save his political career. My client did not ask for any of this treatment nor was she paid or otherwise compensated. No legal funds were created and no pleas for donations were made by her or on her behalf.

As my client, and the citizens of this state, move past this difficult time in Missouri’s history we hope other women in similar situations are not discouraged by this process. It takes real courage to testify once, let alone six times, but that courage exposes the truth.”