Jobs, the economy and the governor on This Week on Missouri Politics 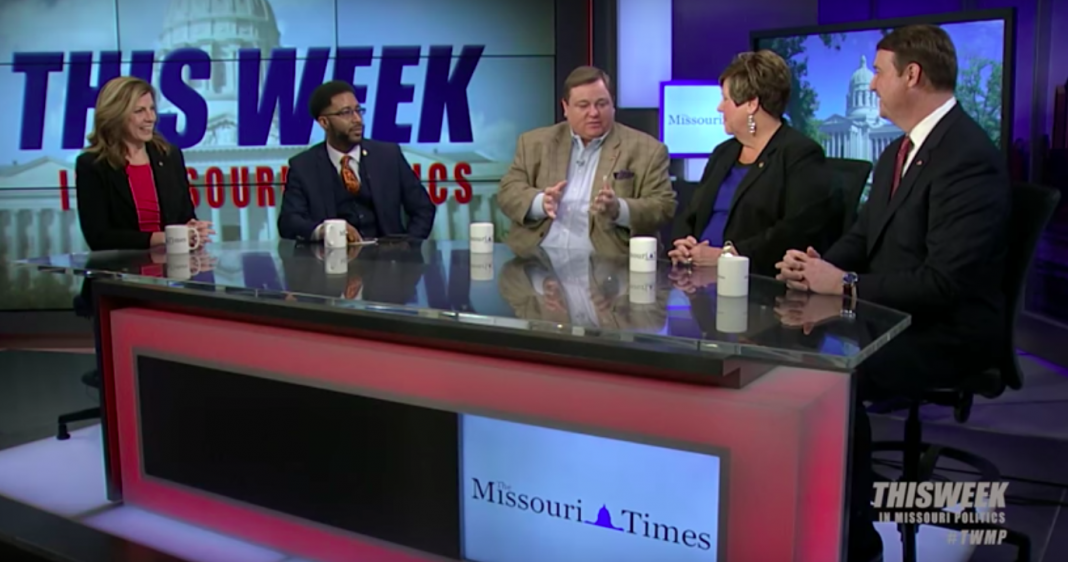 It’s been the week for job creation in Missouri and the opinion panel on This Week in Missouri Politics dives right into the topic.

“I think it is terrific,” said Rep. Gretchen Bangert.

With the companies opening doors in Missouri, Scott Faughn pointed out that it looks like some of President Donald Trump’s policies are working.

“You know, the president is about results. As a businessman, sometimes that’s usually what we forget to do in government. We focus on solving a problem and then we do pass a law thinking we a going to solve a problem and we don’t solve it,” Rep. John Wieman said. “It’s good to see we are moving the economy in the right direction.”

A point of contention is whether the prevailing wage legislation the House perfected this week will have a positive effect on Missouri’s economy.

“I feel we should protect public sector work,” Rep. Brandon Ellington said. “When we talk about small counties, I’m actually amenable, though.”

The all opinion-maker panel — which also includes Rep. Jean Evans — dives into Ellington’s equal pay amendment along with sports tax credits, the House investigation into Gov. Eric Greitens, the Attorney General’s Office investigation into the email scandal, and much more.

1,693 thoughts on “Jobs, the economy and the governor on This Week on Missouri Politics”