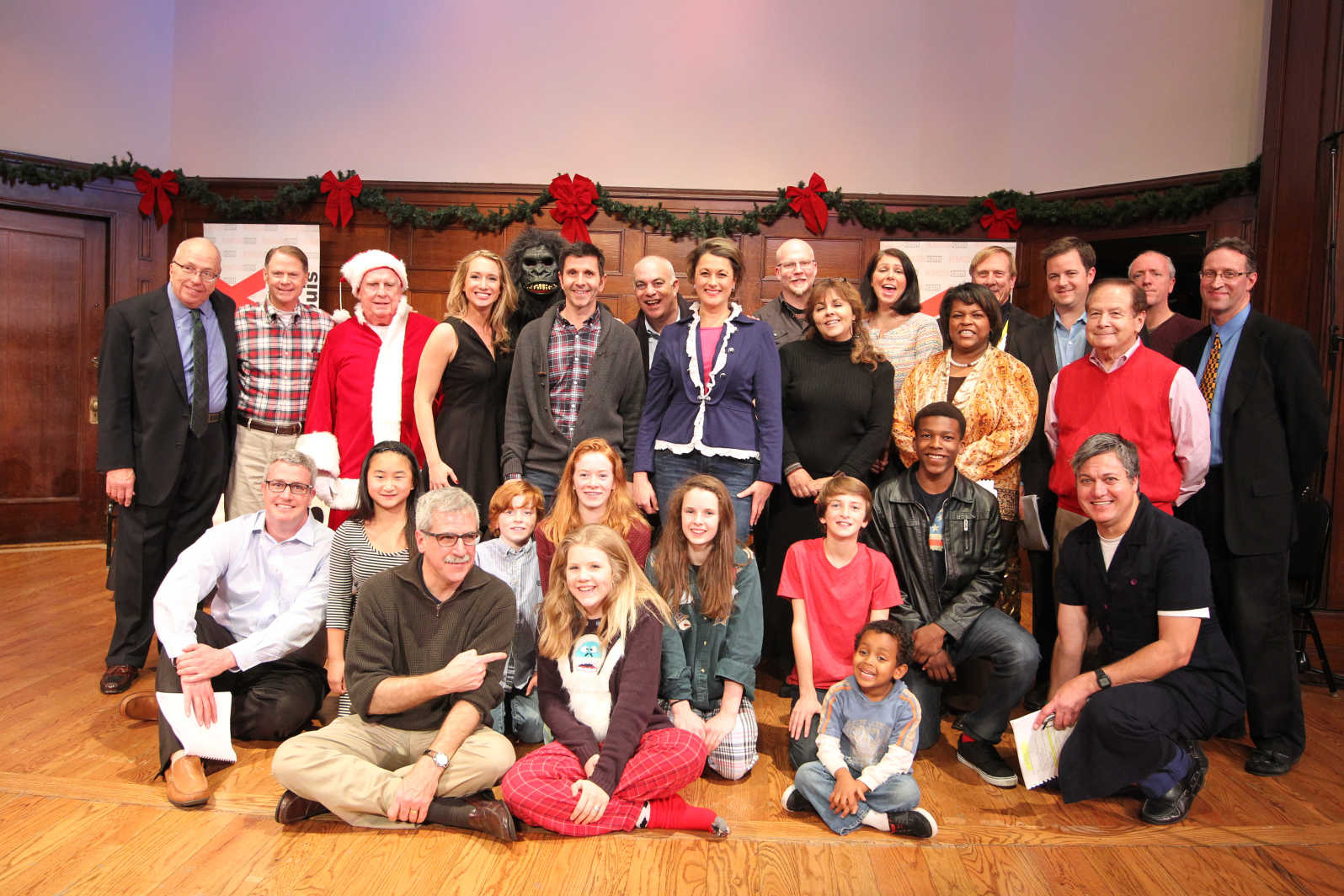 Every December, St. Louisians can expect a wintertime wonderland at Steinberg Skating Rink, a magnificent light display at Our Lady of the Snows, and KMOX’s annual Christmas Radio Show.

For over 20 years, KMOX has presented a Christmas show that harkens back to the old time radio programs of the past. Featuring a live reading of the script on stage from famous KMOX broadcasters to even a sound effects table, the KMOX Holiday Show has always been a crowd pleaser.

For as long as the show has been around, one thing has always remained constant — and that’s the writer of the play, KMOX’s Kevin Killeen.

The famous broadcaster has been writing the show since 1995 and took over the main duties as the sole writer when Kevin Horrigan left the news station.

Killeen’s first play that was exclusively written by him was the 1996 production.

“When the curtain rises there’s kind of an electricity, it’s like the opening of a NASCAR race,” Killeen explained. “You never know if there’s going to be a crash.”

The KMOX broadcasters turned stage performers get the script a week ahead of time. They have one rehearsal the day of the performance, which lasts three hours.

The writer said that even though he’s not in it, watching the KMOX staff perform his play live is just as entertaining.

Killeen said at times, the actors would improv so much of the dialogue it would hardly manage to be the same story.

“Often times they would just ad-lib and they would go off the script and I’m in the wings thinking, ‘What happened to my play?'” 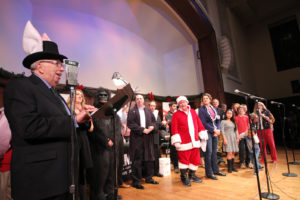 Killeen added even though the performances may not be one-to-one with what was originally written, he believes they are still some of the best moments of the show.

“It’s usually a romantic comedy, or a just a comedy, or a dark comedy or a science fiction comedy, but it’s got to be funny,” he said. “People don’t go out to hear a bunch of amateur actors perform a drama but they can do comedy. There’s so much dark humor in the news business any way that it’s very natural for these newspeople to do comedy.”

As for the writing process, Killeen said he starts as “late as he possibly can.”

According to the broadcaster, the entire script needs to be about 60 pages long and he doesn’t begin the writing the script until he sees the leaves changing color in early fall.

Additionally, he added that the hardest challenge in making the show is getting a good idea of the story.

Around mid-October is when Killeen said he finalizes the plotline and has to commit to it, otherwise, the time crunch would make things incredibly stressful.

But once Killeen gets started, he said it gets easier to write because the storyline snowballs until it’s completed.

Since he’s the only writer, one may also wonder if he allows anyone to edit the story or help give him any ideas to add to the play.

The KMOX broadcaster added that he didn’t like to spoil the story for the performers and tell them what they were going to do in the play until they read the script.

“One year, I needed John Carney to run across the stage half naked as part of a diversion,” he recalls. “I didn’t tell anybody about it and the day before the play he called me and said, ‘What are you thinking?’ and I told him, ‘They’ll love it!’. It turned out that was one of the highest points of the whole franchise.The (crowd) laughed for a minute and a half. There was a creature that streaked across the stage.”

As for this year’s show, the working title as of now is called the “Secret Santa Project”. Killeen vaguely explains the plot, careful not to give any major spoilers.

Killeen said the 2017 show is a romantic, science fiction comedy, about two couples who get wrapped up in a secret weapons system project. It has prominent roles for Debbie Monterrey, Carol Daniel, Rodger Brand, and KMOX’s newly hired Ryan Wrecker. 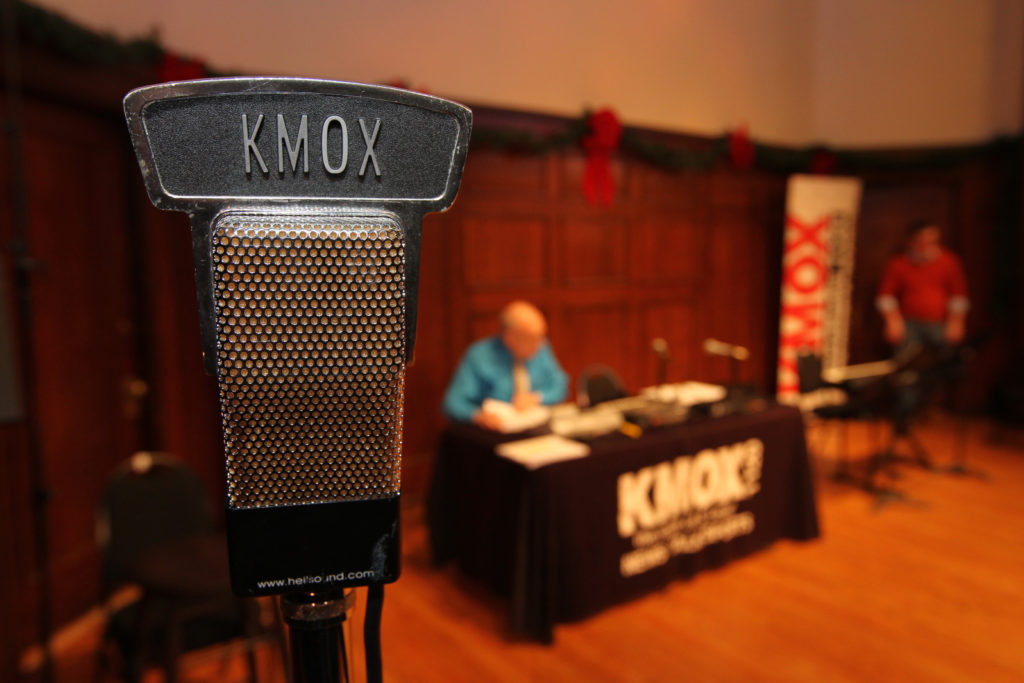 Looking at the holiday show’s rich and fabled history, Killeen said his favorite aspect is definitely the crowd’s reactions but also how the production blends everything perfectly together.

“For a show that’s successful, they say that there are three things: the script, the performers, the audience and they all three have to go together,” he said. “Doug McElvein gave some words of wisdom once, he said, ‘Just remember Killeen, people aren’t coming here to hear your little high school play. They’re coming here to hear us.’ and he was right.”

If you’re looking for a little holiday cheer — and some great laughs — tickets for KMOX’s 2017 Holiday Radio Show at The Sheldon Concert Hall on Dec.  4. are still available through MetroTix.