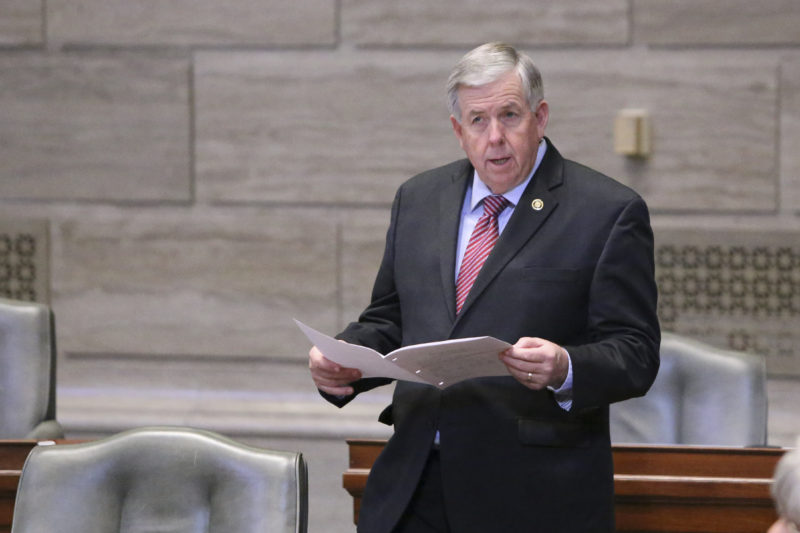 As Missouri’s official advocate for over 1.3 million seniors and over 480,000 veterans, I am urging the General Assembly to find an alternative funding source and restore these cuts so we may keep Missouri friendly to veterans, seniors, and those with disabilities.

I understand difficult choices have to be made concerning state revenue and programs. However, I feel it is critical to restore funding to those who call Missouri home and cannot care for themselves.

I am urging the the Missouri Senate and the Missouri House of Representatives to come together in special session in conjunction with veto session and find an alternative funding source and restore cuts to in-home and community based care and nursing homes for over 8,000 seniors, disabled Missourians and veterans.

Without this funding, those most at-risk Missourians – seniors, the disabled, and veterans – will lose access to services they depend on, thereby reducing their quality of life.

I also want to provide Missourians with an update on the situation involving Senator Chappelle-Nadal and her call for the President of the United States to be assassinated. Since the Senator made these unacceptable remarks, we have heard from tens of thousands of concerned Missourians asking for her to resign or be expelled from the Missouri Senate. To all of those who have reached out to this office, I hear you loud and clear.

I have had several conversations with Senate Leadership and I have personally spoken with a majority of the Senators. Nearly all of them agree: some sort of action needs to be taken against Senator Chappelle- Nadal.

The Senator’s attempts to hide behind weak apologies do not sway us. Given the Senator’s refusal to resign, it is up to us as representatives of the people to step in.

These two issues are critical to all Missourians and the future of our state. I am requesting and hoping that the legislative body call themselves in and take action with these two very important matters.

I strongly urge all Missourians to contact their State Representative and Senator on these issues, and make their voices heard as thousands have already done.

Some Senators have said they will not vote for a special session. I strongly urge them to reconsider, and not to obstruct the process that our state’s citizens have entrusted us to carry out.  I believe a vote against this procedure would go against the will of millions of Missourians.

I have no desire to sit in the same chamber with an elected official who called for the assassination of the President of the United States, but if my colleagues are comfortable with this, that is their decision to make.

In reference to Representative Warren Love, I have made a statement strongly condemning his unacceptable remarks, and agree that he needs to face the consequences for his actions. However, it is up to members of the House of Representatives to decide what the next course of action should be. As President of the Senate, I will continue to hold the Missouri Senate to a high standard of conduct.