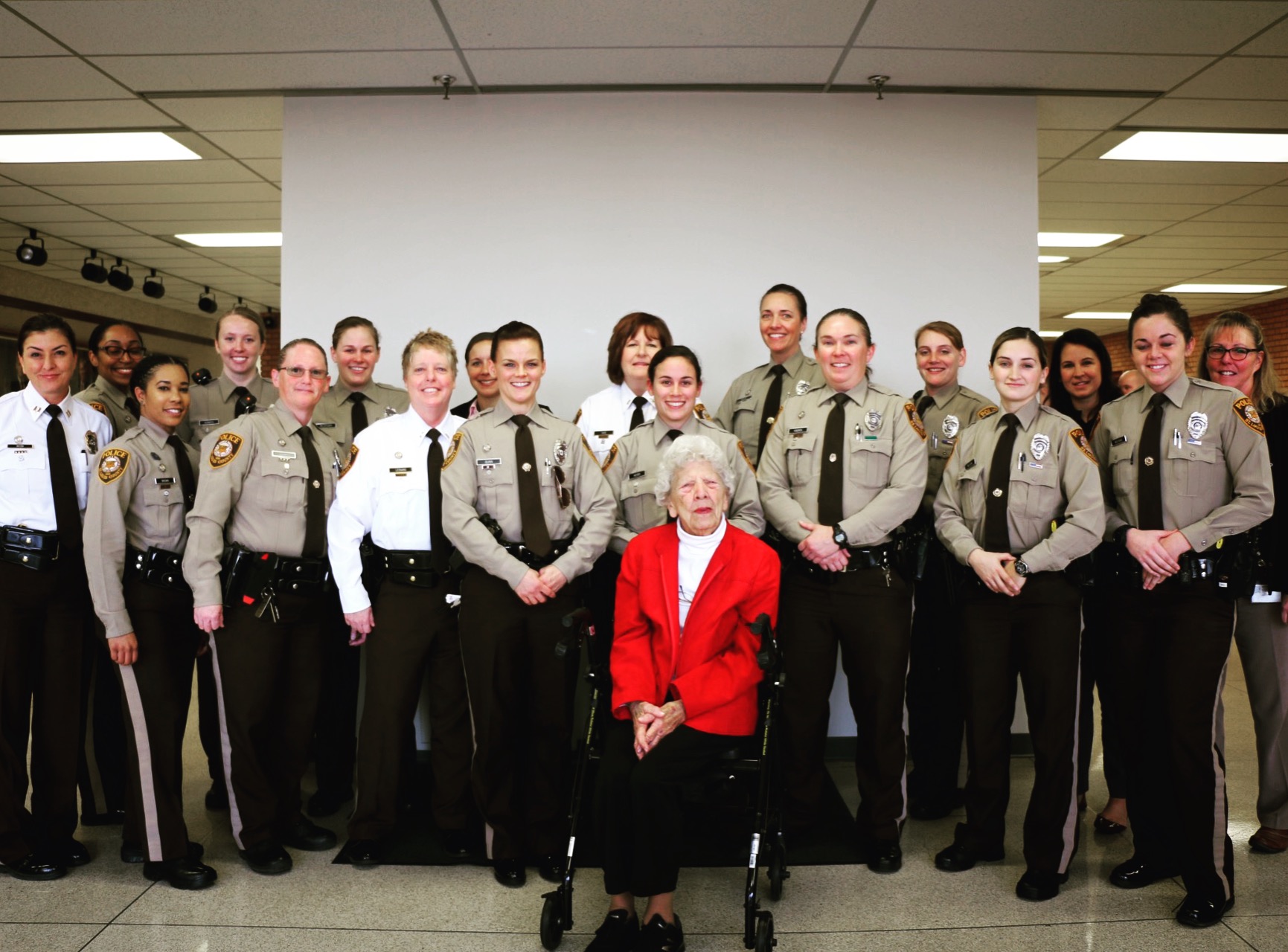 Schrieber’s dreams of becoming a police officer first got its start while she was living at the Protestant Ladies of the Grils Home in the City of St. Louis. While living there Schrieber became curious about police work when she read an article about a policewoman in New York and thought it would be an interesting livelihood.

Before Schrieber joined the force, she entered nurses training and worked in the medical field as a registered nurse. Shortly thereafter, she started her 22-year career at the St. Louis Police Department on Aug. 20, 1957 and worked until her retirement in the Spring of 1979.

While at the St. Louis Police Department, Schrieber held many positions such as a detective in the Juvenile Division & Missing Persons Unit, in the area of police-community relations, and recruitment for the department.