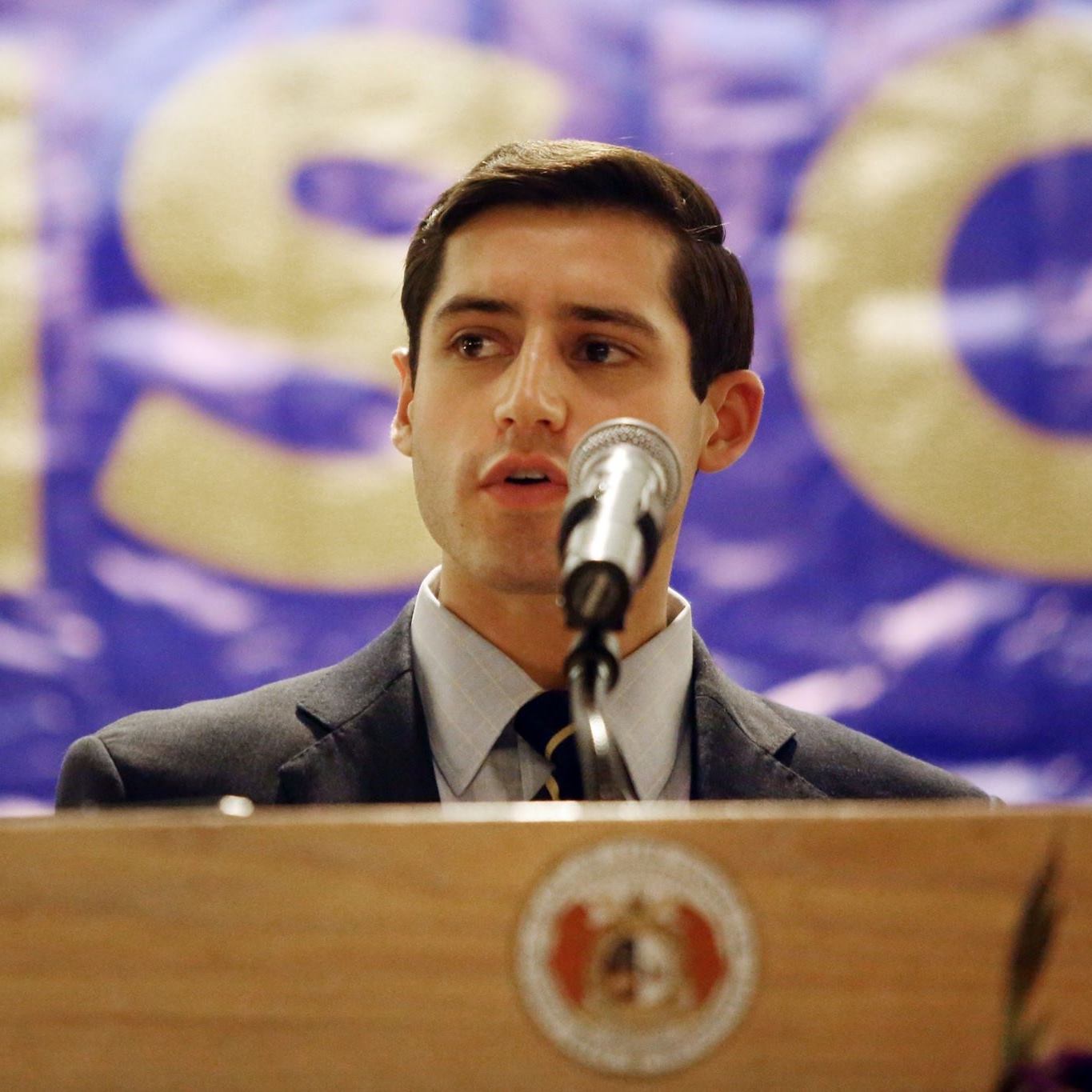 Missouri’s youngest elected official is taking a break from politics — at least for now.

After five years as the Clayton Township’s Democratic committeeman, serving as a liaison between his township’s voters and the Democratic Party, and treasurer of the St. Louis County Democratic Central Committee, Jimmy Loomis resigned both positions effective Feb. 15, in order to assume a position in international business development at the World Trade Center in St. Louis.

Loomis will remain an active member of the organization, but said he’ll miss the responsibilities of committeeman.

“It was absolutely one of the most difficult decisions I’ve had to make in my life and I mean that because I thoroughly enjoyed being the Clayton Township’s Democratic Committeeman over the last five years,” Loomis said. “Public service in that capacity was one of the highest honors and greatest privileges that I’ve been fortunate to have.”

In his new role with the World Trade Center in St. Louis, Loomis has the opportunity to transform into reality what he has long envisioned for his hometown at the economic level.

“There came an opportunity for me to take this position where I have a chance to actually put into motion some of the beliefs and ideas I’ve had about St. Louis and what it take to make St. Louis the 21st century model for economic innovation that I know we can be,” Loomis said. “It requires the sacrifice of stepping down, and ultimately I know it’s a decision I had to make to advance the ideals that I believe in.”

Loomis said he feels his legacy is a successful one, leaving the township mostly represented by Democratic legislators, and boosting its civic engagement membership to a 10-year high.

“As Democratic committeeman I’m perhaps most proud of our work in restarting an active township. It had been previously inactive for a period of about 10 years and in a little over a year we went from having no regular meetings to regular meetings that have around 30 to 40 people show up,” Loomis said. “We’re able to provide opportunities for civic engagement in Clayton Township, regardless of ideology or affiliation, and that’s something I’m extremely proud of.”

Loomis also found success during his time as treasurer with St. Louis County’s Democratic Central Committee, leaving them with some money in the bank.

“I’m also very proud that we went from $2,500 when I took office to an ending balance of over $20,000 at the last treasurer’s report on Thursday night,” Loomis said. “Moreover, I did a thorough audit of the committee’s finances and made sure that all the reports were compliant.”

While the basic job of committeeman is to support Democratic candidates in elections, Loomis said his goal was also to work well with all local officials for the betterment of every constituent.

Loomis was selected to fill the position as Clayton’s Democratic committeeman in March of 2013, one week after becoming eligible for the position at age 18.

Since becoming politically active, Loomis has worked on numerous campaigns including Missouri Senator Claire McCaskill‘s 2012 re-election campaign. He also served as a campaign organizer for Stenger‘s successful campaign for St. Louis County Executive, beating a 10-year primary incumbent with 66 percent of the vote, and most recently was a Volunteer Student Outreach Coordinator for the Hillary for Missouri campaign in 2016.

While he’s leaving office for now to focus on another deep passion, Loomis said he wouldn’t rule out another run in the future.

“Obviously right now I’m extremely focused on doing my job at the World Trade Center and doing it well,” Loomis said. “That’s my No. 1 priority and thinking about anything beyond that is something I’ll have to consider when that time comes.”