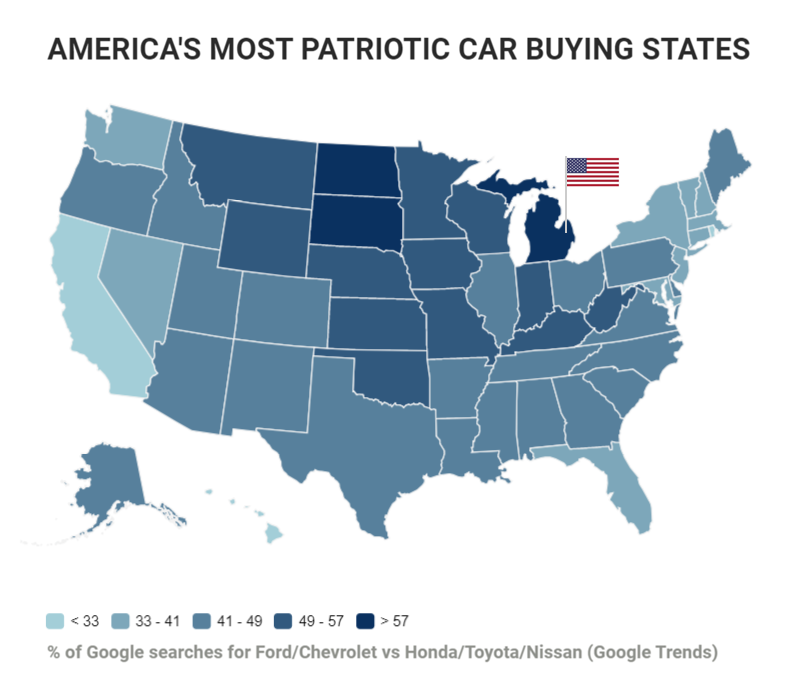 ST. LOUIS, Mo. – David McSwenney conducted a survey last week on behalf of the car magazine, Autowise.com. The study breaks down which states are the most loyal to American car brands.

“Missouri was the joint 5th most patriotic state in our study,” Autowise.com Founder, Chris Riley said. “And one of only 13 states in which searches for American brands outnumbered the big Japanese firms.”

A search was made in each state for the two biggest American brands (Ford/Chevrolet) versus Honda/Toyota/Nissan and a map was created based on those findings.

For Missouri, the search showed that Ford leads over 20 percent. 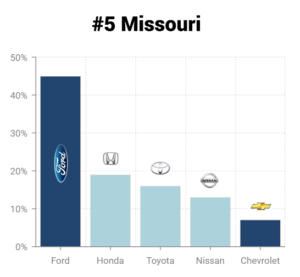 “It was no surprise to us that Ford is comfortably Missouri’s favorite brand,” Riley said. “They’ve been manufacturing in Kansas City since 1951. Many of the Ford F-150s you’ll see on the road will have been assembled at the firm’s Claycomo plant.”

A press release did note that even in states like California, Hawaii and Rhode Island, despite American brands not showing in as many searches, there is still support in U.S. manufacturing. Toyota, Honda and Nissan all have major factories in the U.S. and domestic manufacturing is at an all-time high.