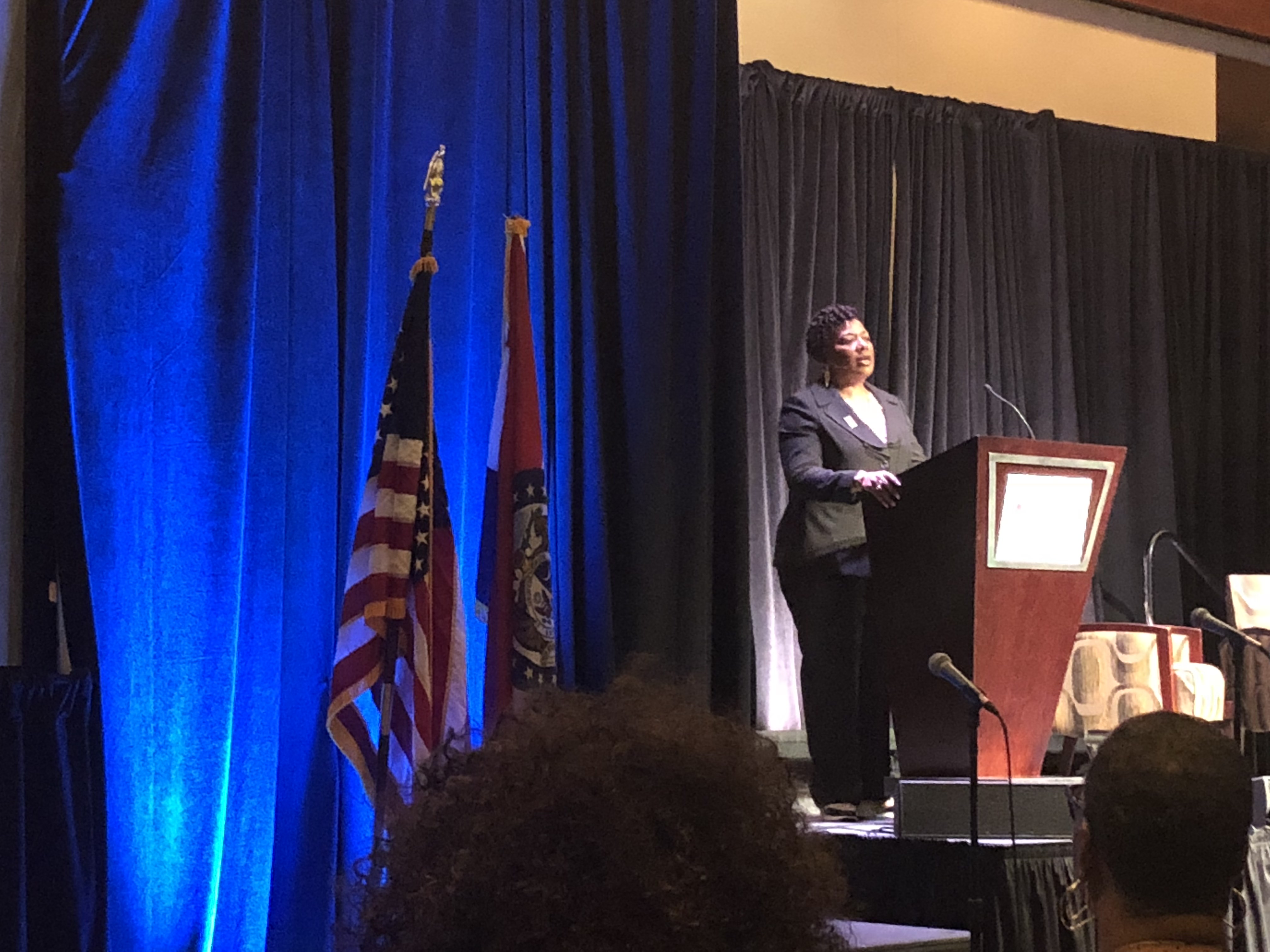 The daughter of the late Martin Luther King Jr. spoke in front of a crowd on Tuesday in St. Charles commemorating the 50th Anniversary of the Fair Housing Act and what the nation still has yet to do to help combat racism in America.

Dr. Bernice A. King, the youngest child the civil rights leaders Martin Luther King Jr. and Coretta Scott King, spoke at Ameristar Casino at an event hosted by Missouri Realtors to bring her message on what the country can do to improve community relationships.

King mentioned that her father conveyed strong messages about community building and said everyone should participate with one another to help progress race relations in the country.

“If there was anything that my father was seeking to do during his lifetime it was seeking to convey a message that all of us must win in this thing called remedy, no one can be left out and no one should be left behind,” King said. “Everyone should have the benefits and the privileges of participating in our society — without the things that many of us faced historically.”

King mentioned that one of her father’s last goals before he was killed was to work on improving the country’s issue of open housing and stated that it’s still a hurdle in the nation today.

“One of the last issues my father was working on was open housing in Chicago,” she said. “He was met with a lot of resistance. If we get to a place where we break through in the area of residential living and we have more diverse communities than we have segregated communities, I believe that we will make leaps of progress as it relates to race in America.”

The Fair Housing Act, was implemented on April 11, 1968 with the goal to allow equal housing opportunities to all individuals no matter their race, color, sex, religion, sexual orientation, or national origin. The legislation also also gave some Americans for the first time, the opportunity to realize the dream of home ownership.

Speaking to a group of Missouri realtors, youth and activists re: community, racism, equity and the #FairHousingAct. #MLK50Forward #MOREALTOR https://t.co/qMxIodBDcs

King stated because of the segregated neighborhoods, America’s schools also become more isolated and suggested there needed to be more action between Americans to help crumble that racial boundaries down.

“But the fact remains that not only is there still work to do, we have to have to really dig in our heels and deal with this thing called systemic institutional racism in America,” she said. “For too long we’ve ignored, for too long we’ve brushed it under the rug, we’ve excused it, we’ve justified it, we’ve wished it away by saying, ‘That was then and this is now,’ but then in some ways it’s visiting us right now.