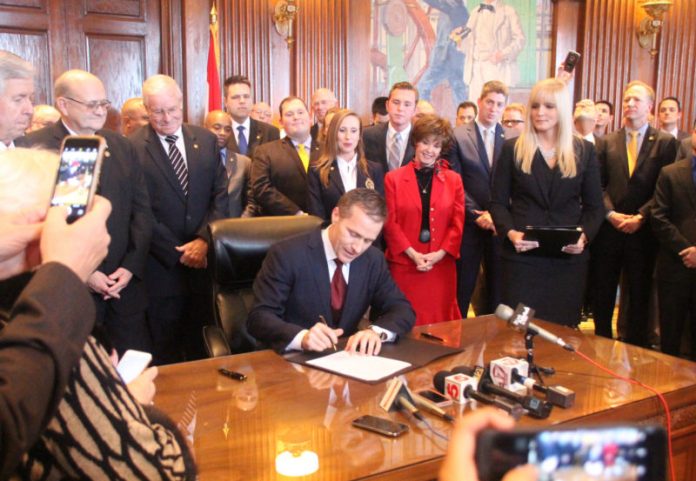 JEFFERSON CITY, Mo. – Though the right-to-work law is now headed toward the ballot in November, but that doesn’t mean that the fight is finished.

In an email sent out by county party groups, Republicans are asking for volunteers to carry petitions and gather signatures for a proposed petition.

Here’s the language that the Missouri GOP is proposing:

“Do you want to amend the Missouri Constitution to provide that every employee shall have the freedom to work without being forced to pay any fees to a union (labor organization) or join a union in order to gain or keep a job?”

Though right-to-work passed into law after the last legislative session, opponents of the new law amassed a record number of signatures for an initiative petition to put the new law before the voters.

Now, the Missouri GOP is looking to hire carriers to gather signatures, offering to pay the carriers $3 for each signature gathered.

Anyone above the age of 18 can be a petition carrier, the email says, and will receive an hour-and-a-half training with the requirement that they must commit at least one day a week.

The message then encourages anyone interested in signing up to call or email Missouri GOP Grassroots Director Robbie Brouk.