MoDOT’s turnover rate hovering around 10 percent, but what does it mean for Missouri’s transportation system? 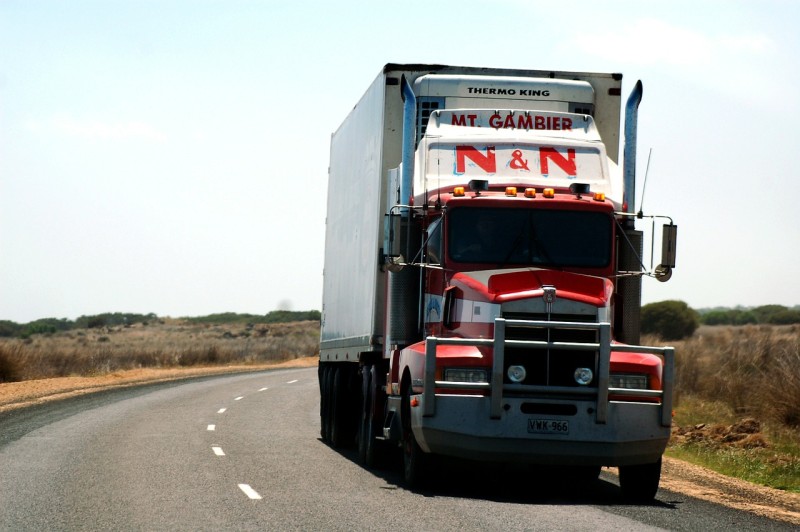 Or at least that’s the message that the Missouri Department of Transportation is getting from the Show-Me State.

For years now, MoDOT has been struggling to keep employees from leaving the ship, as employees have increasingly left the department to find better-paying jobs. It’s an issue that’s been highlighted before the legislature, but one that seems to have no answers in sight. Right now, MoDOT’s turnover rate has been hovering around 10 percent for a few years.

“As of the end of the 2017 fiscal year, we were at 10.84 percent,” Micky Knudsen, MoDOT Human Resources Director, said. “To put this in perspective, I think that across state government and the country, folks do not tend to stay with their current employers as long as they used to, so turnover is up. It’s been that way for awhile, I’d say certainly for the last three years.”

MoDOT’s budget has often been a concern of legislators and citizens in the Show-Me State, but the rate of turnover should be giving pause to those watching with a careful eye, as the constant rate of attrition is leading to more costs.

In a state listed as the home of the “lowest-paid state workers in the nation,” Missouri’s state employees have seemingly been given the shaft for years, with little in terms of compensation changing while the cost of living nationwide continues to grow. Stagnant wages, not just at MoDOT, but across the state, have seen workers departing from state jobs to seek employment in the private sectors, with usually decidedly larger paychecks.

“Our exit interviews reflect that the reason most often given for people leaving is due to pay,” Knudsen said. “What we tend to hear is that folks tend to like what they do, but sometimes they have to make that difficult choice to go elsewhere for pay, even though they would like to stay.”

In short, the departments cannot offer what their competitors can, and because of it, they are struggling to stay above water.

And the turnovers are hitting the areas with the largest populations the hardest. According to Kansas City engineer Brian Kidwell, Kansas City’s district has a turnover rate that is nearly double that of the state’s, somewhere in the realm of 17 or 18 percent, he says.

“The last data I saw showed Kansas City as leading the state, just slightly over St. Louis. But it’s just the markets, the employees just have more opportunity. There are just more jobs out there for them to pursue,” he said. “I’m actually really impressed with what I see in the Kansas City area. The level of service that the public is getting from a really inexperienced staff is, I think, impressive.”

But it’s not just the everyday workers that are the ones departing. It used to be a commonplace thing for workers in the county sheds to eventually move up to the state level, where they could make more money and enjoy state benefits, but that seems to have reversed, with MoDOT workers finding better jobs at the county levels. But the managers and engineers are also finding better positions, too.

“We have a higher turnover in our metro areas than in the other districts, and we do have challenges in maintenance in the metro areas. We do have some pockets where we have lost some civil engineers, and that does include some longer-term management level engineers,” Knudsen said.

In the past years, MoDOT has had to increase their Human Resources staff simply to keep up with the revolving door, with more employees coming in to fill the vacancies left behind by those who sought greener pastures. It’s also required some change in how they hire and train new individuals.

“We’ve had to elevate our orientation and safety efforts. A lot of the stuff that happened in the buildings are now happening at more of a district level,” Kidwell said. “The training, the turnover, and the depth of experience are decreasing monthly. It’s good and bad, because, with new folks, you can get new ideas, innovation, and new ways of looking at things, but there’s a lot of institutional knowledge that we just don’t possess.”

“We do our very best to train and develop our employees. We don’t rush them through training, we do what we can to train them well and give them opportunities, but we also have a responsibility to keep them safe and develop them,” Knudsen said.

MoDOT has already been making attempts to do more with less, most notably through the major job cuts in 2011, in which the Department shut down facilities and 1,200 jobs eliminated through attrition and transfers.

But these issues raise the question of whether MoDOT is in a position to succeed. The recent proposal from Missouri to Amazon banks on “being bold”, pitching the Hyperloop to the retail giant as a means of transporting goods at super speeds. But the Hyperloop is still years away, and MoDOT’s role in helping that project could be a key component to making it happen. But is the department ready and able to take on such a task when they already have one of the largest highway systems to maintain with a smaller and less experienced workforce?

“On the contracting side, it gets more problematic because a big construction job may take a year-and-a-half or two years to get it designed and all of the utilities moved, the right of way purchased, and all of that, and it may take another two years to get it constructed,” Kidwell said. “So when we have folks on those longer leave time items, like a big construction job, and we have that kind of turnover, it can be really disruptive to a given project, with people coming and going throughout the life of a project.”

But when is the breaking point?

It remains to be seen. Knudsen says they’d love to see a pay plan across the state, which she says would allow them to help address the pay issues at a statewide level, and through that, at MoDOT.

“We’ve got great benefits, and we’re very blessed with the benefits programs we do have, but our base pay is still an issue, and we’d love to implement some cost of living increases,” Knudsen said. “We have a lot of people sitting at the bottom of their pay ranges, and we’d like to get them closer to what we identify as the market step.”

Until then, MoDOT seems intent to continue pushing forward and deliver the best services they can with what they have.

“Five years ago, if I had looked into the future and seen the turnover statistics and short tenure of our employees, I think I would’ve expected us to stumble and have more performance challenges,” Kidwell said. “But I think our folks really step up, and they like what they do, and like to make a difference in their communities, and that’s the fuel keeping this department running right now.”

2,177 thoughts on “MoDOT’s turnover rate hovering around 10 percent, but what does it mean for Missouri’s transportation system?”