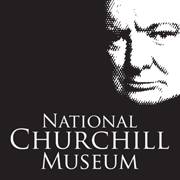 The event, titled Brexit and the “Special Relationship” – An Evening with Nile Gardiner, was open to the public with ticket proceeds benefiting the National Churchill Museum at Westminster College in Fulton, MO.

The special relationship is about trade, investment, national security ties, intelligence ties and educational ties. According to Gardiner, the ties in the U.S. and the UK are extensive across the border in every conceivable area. Gardiner said that the Brexit helps to uphold the special relationship in an important way, but it has to be the right kind of Brexit.

“Not some half-hearted, weak-kneed, halfway house,” Gardiner said. “That never is a good solution to things.”

“One of the things we like to do is bring event speakers from around the world to Westminster College to share their own thoughts in Churchill’s footsteps,” Tim Riley, curator of the National Churchill Museum said. “One of the things we are proud of, and I often say, is that if history seems old when you visit the National Churchill Museum, we are not doing our jobs. It’s evenings like tonight, discussions like tonight, that keep the debate alive and that’s an intricate part of our mission.”

The National Churchill Museum is the only museum in North America that is dedicated to remembering the life and times of Sir Winston Churchill, who delivered his famous “Iron Curtain” speech at Westminster College in Mar. 1946.

Gardiner said that Thatcher referenced the moment when Churchill became Prime Minister in 1940, saying that he was placed in this unique position at this crucially important moment for Britain and had the whole weight of history upon him to stand up to Nazi Germany and to deliver victory. Thatcher thought of that moment when she was leading Britain against Argentina in the Falklands War in 1982.

“It was a smaller war in scale, but still this was a big war for Britain,” Gardiner said. It was a war that if she had lost it would have been a devastating blow to Britain. Churchill lived on in Thatcher, she very much modeled her own leadership on his.”

A Russian newspaper dubbed Thatcher the “Iron Lady” because of a “tough speech” she gave in 1976, warning against the rise of the Russian Empire. Thatcher’s speech had “striking parallels” to the 1946 speech that Winston gave in Fulton.

Gardiner, current director of The Heritage Foundation’s Margaret Thatcher Center for Freedom in Washington, D.C., has recently testified before the U.S. House of Representatives’ Committee on Foreign Affairs Europe Subcommittee on the Brexit negotiations.

The Heritage Foundation’s Margaret Thatcher Center for Freedom, which advances on Thatcher’s ideals, principles, beliefs and policies, was founded by Lady Thatcher herself in 2005. Thatcher established the center in Washington because she wanted to influence the world’s superpower. She believed that it was vitally important to shape the thinking of the United States as the leader of the free world, according to Gardiner.

“She believed that Britain always has an important role in terms of working together with the United States and helping the leader of the free world to lead effectively,” Gardiner said. “Washington was the natural place for her to put the Thatcher Center.”

In operation since 2005, the Margaret Thatcher Center has worked closely with members of the U.S. Congress and the Executive Branch of the U.S. Government as well as advising many U.S. administrations.

“Our goal is to shape U.S. policy towards Britain, towards Europe, and especially the U.S. [and] UK special relationship which is really at the very heart of Margaret Thatcher’s thinking,” Gardiner said.

Gardiner explained that Thatcher believed that the world was a safer place when Great Britain and the United States was leading it together. He said that that is the role and mission of the Center, which has worked with several different presidents and members of Congress over the years and are close to different British Governments as well. Every year, The Heritage Foundation hosts hundreds of European delegations, from all over Europe including the Baltic states through Germany and France.

“With the exception of Russia,” Gardiner said. “We take a very hard line on the Russian front and we are highly critical of the disrupting actions of Russia’s leaders.”

During the event, Gardiner addressed the United Kingdom’s planned exit from the European Union – dubbed “Brexit” – what it means for the future of Britain, Europe and the “special relationship” between the U.S. and UK. He also discussed what the exit means for the future outlook of Britain’s Conservative and other parties and what Churchill’s position on “Brexit” might have been.

“It was definitely Churchill’s view that Europe should be united, but he was not in favor of Britain being part of it,” Gardiner said. “Would Churchill have supported Brexit or oppose it? We cannot say with certainty, but we can make some assumptions based on how Churchill related to Europe when he was the Prime Minister for his second term in the 1950s. I would argue that Churchill would not have supported Britain being part of Europe.”

Brexit is a certainty that will happen on Mar. 29th. However, Gardiner explained that there a lot of different scenarios that could happen with Brexit because of the proposal that current Prime Minister, Theresa May gave a few days ago. Gardiner described the proposal as being weak-kneed and a betrayal.

“It’s not a full Brexit, but a half Brexit – a sort of halfway house,” Gardiner said. “There are a number of different scenarios that could happen. We could potentially have a new Prime Minister by the end of the year or Theresa May may limp on as the leader and try and continue, but she’s rapidly losing the support of her own party.”

In terms of Brexit, Gardiner said that Britain is the largest foreign direct investor in the United States with one million U.S. jobs provided by British companies in America and 1.25 million jobs in Britain provided by U.S. companies. He said the U.S. and UK partnership is the single largest bilateral trading partnership in the world between two countries.

The free trade agreement would facilitate more British investment and more American jobs, according to Gardiner. He explained that the idea behind the U.S. and UK free trade deal is to eliminate all tariff barriers between the U.S. and the UK.

Currently, Britain cannot negotiate its own trade deals as a member of the European Union, so if there are trades with U.S. and UK, it is subjected to EU tariffs which are very high. Gardiner explained that EU imposes a 10 percent tariff on cars and with this tariff, which has been a big issue for President Trump, there are all sorts of trade barriers that are applied on both sides.

“The U.S. [and] UK deal would be to eliminate all of them,” Gardiner said. “And that would create many more jobs on both sides of the bilateral – in American and in Great Britain and no doubt here in Missouri as well. I think the people of Missouri have a direct interest in the success of Brexit and a successful U.S. [and] UK free trade deal. The UK is the world’s fifth largest economy and the U.S. is the world’s biggest. And so bringing closer together world’s largest and fifth-largest economies is good news for America.”

Gardiner also talked about the late Margaret Thatcher’s thoughts about Great Britain leaving the EU, a matter that was visited many times in recent decades.

In 2002, Thatcher discussed in her book, Statecraft, the various options of Britain and Europe. One of the options that she spoke of said that Britain needed to renegotiate its relationship with Europe, and if that did not work, Britain should leave the EU. Because of this, Gardiner said that Thatcher favored Brexit, which was not coined until 2012.

“She favored Brexit because she believed that Britain had to reclaim its sovereignty and its self-determination,” Gardiner said. “If you’re not a sovereign nation, if you’re not a completely free nation, you’re not a free people.”

Gardiner said that Thatcher’s view was that Britain had to be shackled from the European Union in order to control its own destiny, shape its own trading laws and control its own borders, in order for Britain to be a truly sovereign nation as the United States is.

“It was an honor to work with Lady Thatcher and she was someone who changed the course of history,” Gardiner said. “She was a figure who was a true leader of principle and you don’t find many politicians like that today. She was someone who dedicated her entire life to transforming Britain for the better. But also, she saw her mission to help lead the free world as well, which she did together with Ronald Reagan.”

“It is all due to Margaret Thatcher’s reforms and her belief in Great Britain as a great nation,” Gardiner said. “She was a real patriot, someone who believed in the greatness of her country and she was someone who literally lived every day of her life for her country. And I think that that’s a rarity in this day and age.

Thatcher, who delivered the John Findley Green Lecture at Westminster College in March 1996, was Britain’s Prime Minister from 1979 to 1990. She led Britain’s Conservative Party from 1975 to 1990. Thatcher was the longest-serving British prime minister of the 20th century and the first woman to hold that office in Great Britain. She died in April 2013.

“I think it’s true that leaders like Lady Thatcher and like Sir Winston Churchill are looked to today with some reverence, but with some longing,” Riley said.

Riley said that he sees that with visitors to the museum, many will ask him, ‘why aren’t there more Winston Churchill’s today?’ which is something that he believes he cannot answer in a short phase.

“But it’s worth asking, what can we learn from?” Riley said. “I’m paraphrasing here, but Churchill said something like, ‘the farther you look back, the farther forward you will see.’ And I think that both great Prime Ministers had that quality.”

The National Churchill Museum will be celebrating its 50th anniversary in May of 2019.