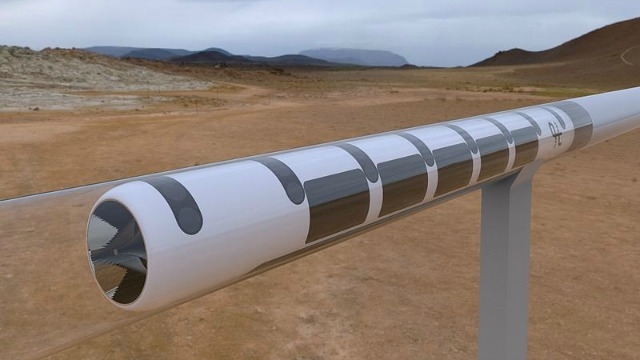 JEFFERSON CITY, Mo. — A newly formed coalition is looking to help usher in a new age of transportation technology to the Show-Me State.

Heartland Hyperloop, Inc. is a Missouri 501(c)(4) that is dedicated to bringing a Hyperloop track to Missouri spanning along 1-70 from Kansas City to St. Louis. Travis Brown is serving as president with former-Speaker of the House Steven Tilley serving as vice president.

“Steven and I grew up playing basketball together as cross-town rivals near Perryville, [Missouri]. For decades, we have driven and flown over a crowded Interstate 70 that only seems to get more congested each year,” Brown said. “When you see a daisy chain of truck lights at night that is a constant stream of traffic from Lee’s Summit to Chesterfield in the air, you realize how vital our state’s economic development really is along this corridor. This could be our state’s time to create its next generation of cargo and travel.”

The proposed routed from Kansas City to St. Louis, with a stop in Columbia, would allow residents to travel the roughly 250 miles across the state to the other cities in 30 minutes.

The coalition was formed on the heels of the release of a report, completed by international engineering firm Black & Veatch, that analyzed a proposed route through the I-70 corridor.

The feasibility study says that several factors make Missouri especially attractive as a candidate for the country’s first hyperloop.

The proposed route runs on government-owned land that is flat and straight; those petitioning for the hyperloop include business and government leaders, as well as academics; and it would provide a huge economic boost to the state by connecting its two largest population centers. Missouri is also centrally located and within reach of many of the country’s highways and manufacturing plants, the report noted.

“To transform Missouri into an economic leader in our country, we need to start thinking outside the box. Hyperloop is that kind of outside the box, next-generation technology that could catapult Missouri,” Tilley said.

The group has started a petition on Change.org to urge Gov. Mike Parson to exercise his authority and add a Hyperloop route to the state’s transportation plan. They want Parson to work with the Missouri Department of Transportation on a research, development, and track building plan to use Hyperloop systems with the interstate.

The petition also urges MoDOT to keep the state in the new transportation game by building smart forecasts for how and when this new mode of transportation might inspire a national heartland route.

The initial cost estimate for building the I-70 hyperloop route is $30 million to $40 million per mile of track. With a route of approximately 250 miles, that equals a total price tag of $7 billion to $10 billion, though both the price per mile and total length of the route could be later adjusted. The cost estimates do not include the Hyperloop technology itself.

Should Parson add a Hyperloop project to Missouri’s statewide transportation improvement plan, then that project would be eligible for federal funds.

Heartland Hyperloop, Inc. is advocating for a public-private partnership funding model. Opening up an avenue of federal and private funding would, according to the coalition, reduce the amount of private and state funds needed.

“The global investor funding for American infrastructure is already waiting on the sidelines to join this economy. It is up to the political will of American governors to ignite, inspire, and lay the track for our next generation of transport options,” said Brown.