October Quarterly Filings: What we learned 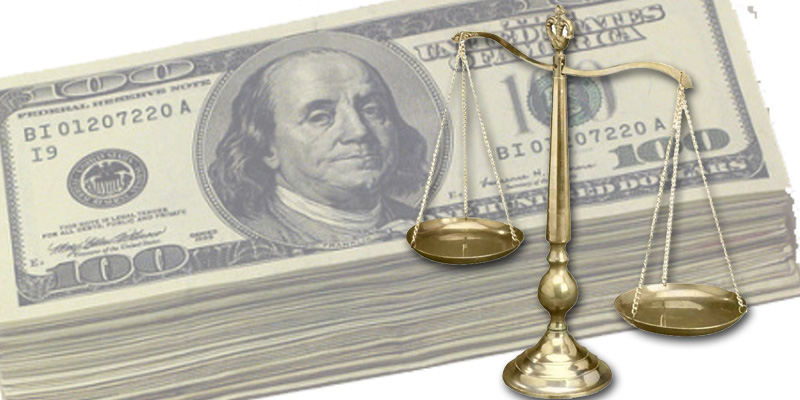 JEFFERSON CITY, Mo. – With the October quarterly filing deadline passed, we took a look at some of the big takeaways from the filing reports, as well as a few interesting tidbits.

Here’s what we found noteworthy:

The numbers posted by Gov. Eric Greitens in the October Quarterly were interesting. According to the records filed on Monday, the Governor has spent more money in the past three months than he has raised. Records indicate a total of $2.37 million in his account, but also show expenditures amounting to $155k. Greitens raised nearly $147k from July to October.

More interestingly is the fact that it seems as if some of the people employed by the official Greitens office are also being paid by his campaign. The campaign paid to fly Greitens’ spokesman Parker Briden to Florida back in August, and Austin Chambers and finance chief Meredith Gibbons, principals of the not-for-profit group promoting the Governor’s agenda, are also both on the campaign payroll.

It’s worth noting that the filings for the campaign share the same address, to which Chambers told the St. Louis Post Dispatch that the campaign has an office in the same building but in a different space.

Perhaps no race is primed better to be the biggest race in 2018 than that of Missouri’s U.S. Senate race. Republicans hope to unseat the longtime incumbent, Sen. Claire McCaskill, who has proven time and time again to be one of the toughest contenders in the state.

For many, their hopes lie with current Missouri Attorney General Josh Hawley, who has put up some rather impressive numbers in roughly a month. The Republican only officially announced a few weeks ago, but already shows nearly $800k in cash on hand.

Obviously, his Democratic counterpart has much more, pulling in an astounding $2.9 million in the third quarter, and has somewhere in the realm of $7 million in cash on hand. In fact, it’s a Missouri state record.

Simply put, the amount of money thrown into this race is a clear indicator that this fight is not just in Missouri, but will be felt nationwide.

State Senate races have some serious $$$ floating around

There are several elections for state senate that could be extremely interesting over the course of the next few months, with obviously the special election for Senate District 8 leading the way.

Rep. Mike Cierpiot has been the presumed frontrunner since Sen. Will Kraus announced his resignation, but the developments in recent weeks with the entrance of Jacob Turk into the race could lead to a split vote and a potential Democratic victory. Cierpiot has dwarfed his opponents in terms of fundraising, with a whopping $231,544.67 in cash on hand. Turk’s filing shows $125.29 with his late entry into the race, while Democrat Hillary Shields has posted $43,177.97 in cash on hand.

Cierpiot’s numbers are made more impressive in the fact that few senators have managed to rack in more, though Sen. Jill Schupp has posted more than half a million in cash on hand in the latest filing.

The four-way primary to become the GOP nominee to replace the term-limited Sen. Brian Munzlinger also looks to be interesting, with Cindy O’Laughlin showing the most money on hand. She also, however, has the largest amount of indebtedness.

It’s interesting to note that Rep. Craig Redmon has already spent more than four times that of his fellow candidates’ combined expenditures, still showing more cash on hand than the other two candidates. It also seems that the representative is paying his daughter as senate campaign staff.

With no clear opposition in his bid to replace the outgoing Sen. Mike Kehoe, Rep. Mike Bernskoetter has also shown some impressive numbers, raising nearly $73,000 in the third quarter. Former Reps. Eric Burlison and Lincoln Hough have also both proved to be frontrunners for the GOP in their senate races. Hough has $214,997.46 in cash on hand in his bid for SD 30, where his announcement was followed by a number of contenders quickly dropping out and putting their support behind him. Burlison has an even more impressive $317,237.67 for the SD 20 race, where he could have potentially faced Hough in a primary.

House: Unless you ran for Speaker, chances are you didn’t rake in more than $10k

As for the Missouri House, it should come as no surprise that the three candidates who sought the position of House Speaker were some of the leaders in contributions received during this quarter. Rep. Elijah Haahr, who secured the nomination this summer, led all House candidates with $51,000.00 in contributions this quarter, closely followed behind by fellow Speaker candidate Rep. Robert Cornejo, who received $47,873.00. Rep. Holly Rehder posted $33,740.00. Rehder still has the most cash on hand, with more than $155k.

Another interesting trend has been the relatively lower numbers of money in the primaries for House seats, as most candidates seem to carry under $10k in contributions this past filing period.

And a final note: while compiling the data, it also became clear that outgoing Rep. Kathie Conway and her candidate son Ryan Conway’s committees have the same name and treasurer, which made for some very confusing moments, even though Ryan’s committee is inactive.

4,402 thoughts on “October Quarterly Filings: What we learned”