One 2nd District Democrat has significant fundraising lead over other challengers 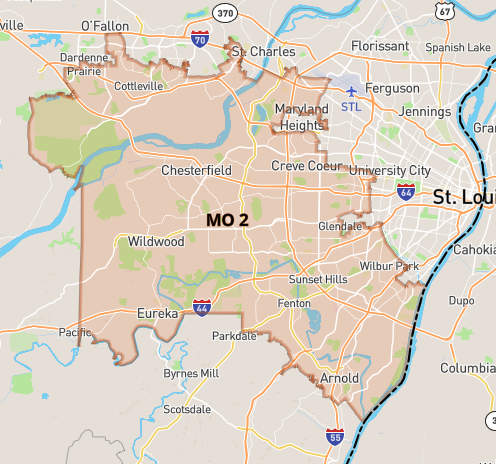 The race for the 2nd District Congressional seat is heating up as one Democrat candidate has raised serious campaign money in a bid to oust incumbent U.S. Rep. Ann Wagner.

According to the Federal Election Commission (FEC) website, Cort VanOstran, a Clayton resident, now has $182,395 cash on hand to spend towards defeating Wagner, which is more than $100,000 over any other Democratic challenger.

Wagner’s 2nd District, which was once a largely ignored district for the Democrats, will now become one of their most desired seats as they attempt to wrestle control back from the GOP majority in both chambers.

Though VanOstran’s numbers are big, it pales in comparison to the money that Wagner has raised. According to the FEC, Wagner has generated $1.8 million thus far with $3.3 million cash on hand.

In August, Dunaway said the hardest part of running in Missouri was the issue of money in politics along with the gender divisiveness that comes with it.

“I think money is a huge challenge,” Dunaway said. “This is not just for Missouri but I think divisiveness in our political system makes it very difficult. I think it’s going to be difficult to be a woman in Missouri to run for office.”

Additionally, another Democratic challenger, Mark Osmack addressed the issue of campaign finances and said that Wagner had a strong base of support due to finances.

“Well I think there’s a distinction; she has financial support. Right now, I think she has about $3 million or so and we’re anticipating her to have upwards of $5 million by the time we get to the general election in November,” Osmack said in August. “But I think financial support and actual support are different. I know that she doesn’t go to South County, I know that she doesn’t go to Jefferson County, where I used to live. I know the financial challenge, but that does not indicate actual support, so her $5 million, I’m not truly afraid of.”

4,076 thoughts on “One 2nd District Democrat has significant fundraising lead over other challengers”