A Southwest Missouri woman is accused of killing her teenage daughter, a 16-year-old with autism who she had given up for adoption as an infant. 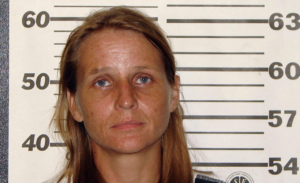 Authorities say the Savannah Leckie’s remains were found in a burn bit in rural Southwest Missouri just a few weeks after the girl had moved back from Minnesota, where she was raised.

The probable cause statement says Ruud reported a fire on July 18 in Theodosia, near the Arkansas border.

She later filed a missing person report with authorities, claiming Savannah had run away. However, during a search of the property, authorities found human teeth, a meat grinder, a knife, and 26 bottles of lye. Bone fragments were also found in the surrounding area.

2,653 thoughts on “Ozark woman charged with murdering her 16-year-old daughter”